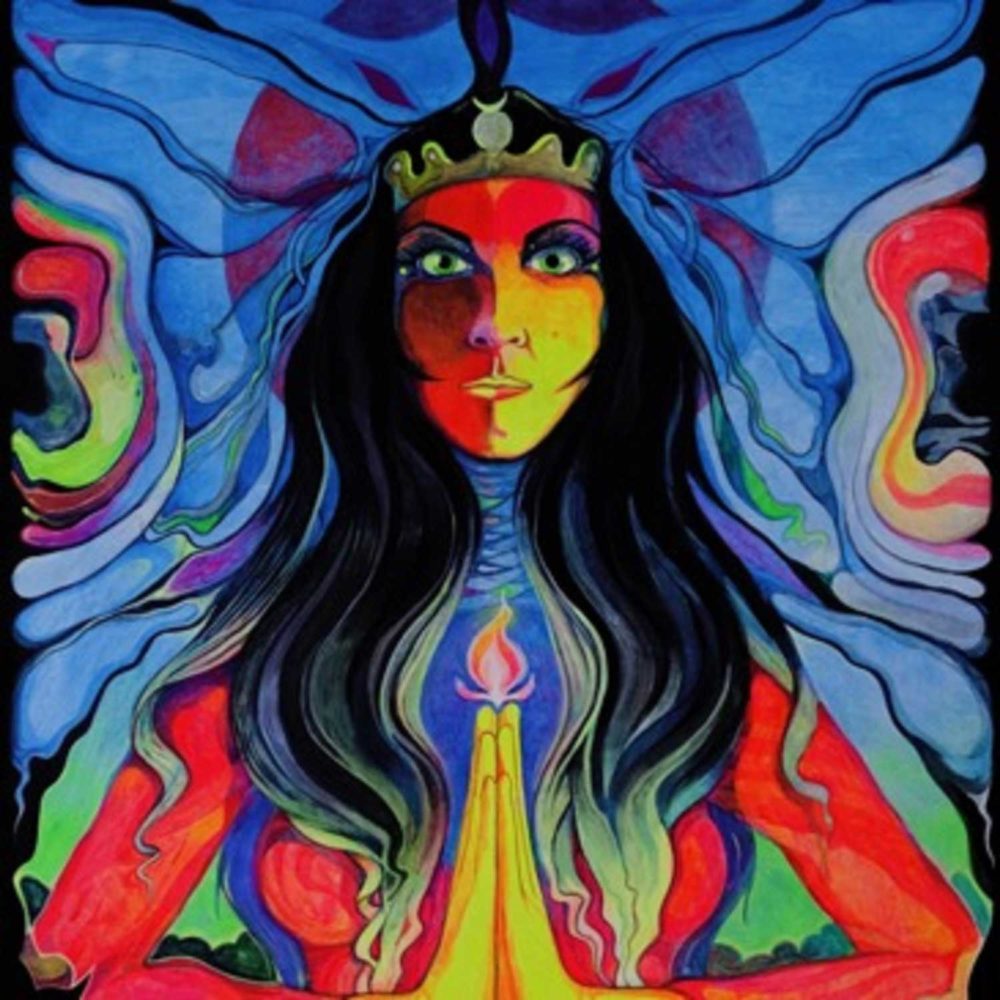 Anyone seduced by the psychedelic guitar rock charge of Purson yet disappointed by their “gone as far as it could” split  – not least us here at LTW (you can re-read Nigel Carr’s interview/gig review on the site) – will be enticed by Rosalie Cunningham’s debut release.

It’s not too surprising that the Purson vein of  ‘vaudeville carny psych’ that won them so many admirers, not least of which PROG magazine whose Vanguard acclaim proved a major profile boost, runs through the eight-song opus.  Packaged in bold washes of saturated and bold colour, they provide another burst of gothic drama in a lurid noir-ish direction from the Cunningham magic theatre. Should you need the comfort blanket of a reference point from the Purson catalogue,   Dead Dodos Down might be one recognisable tune that would fit comfortably within the current framework.

Theatrical, rootsy and organic, eschewing the high-end digital recording options for more down to earth/back to basics recording techniques and experimentation, the analogue all the way philosophy has ensured that comfortable feeling that things are being done the right way.  Despite the deep fuzz tone of the opening guitar riff and its accompanying launch pad swirl, Ride On My Bike evokes the melodramatic gipsy folk of Holy Moly & The Crackers. A guitar solo straight from the Brian May book of quirky solos that you’d find lazing on some of Queen’s more eccentric songs and mild freak out section and you feel you’re in familiar territory.

House Of The Glass Red and Dethroning Of The Party Queen revolve and rotate in a kaleidoscopic carnival soundtrack, the vocal quivering and occasionally compressed, the pounding piano coated in a flamboyance that no doubt involves impossibly wide flares,  stars and symbols and crushed velvet together with a suitably aromatic incense. The hostess with the mostess might croon that “to be the life and soul will be the death of me” but you get the impression that the party queen is going to go out with a bang and regretting rien.  Nobody Hears and Butterflies both offer a simpler arrangement; piano and acoustic guitars develop into sweeping strings while the latter, as the title hints,  is a dreamy pastoral piece that bewitches and hypnotises.

Building up from the marching intro – one that evokes (for some of us) the striding march of the robomen from Daleks’ Invasion Earth 2150AD  –  A Yarn From The Wheel heads out in fourteen minutes of exploration, passing through several sections that switch from an easy paced dance with the devil (with the warning that “nothing’s free) to  snatches of folky acoustic/flamenco and medieval  waltz and naturally, a blast of fuzzed out space rock.  It feels like all that’s come before are all appetisers and A Yarn From The Wheel is now the main course whose recipe utilises the parts to form a remarkable sum.  Good to know that the thrill hasn’t gone. Come and join the danse macabre.

Watch the official lyric video for Dethroning Of The Party Queen here: