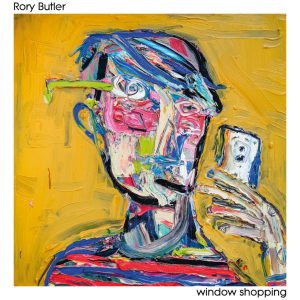 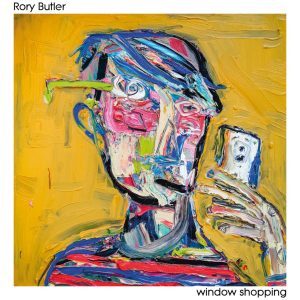 If you grow up in a house with a recording studio in the basement there’s a decent chance that hanging out with musicians from when you can walk will influence your future career choice.

After a spell working as a labourer, Butler took the much-traveled road from Scotland to London in the footsteps of one of his heroes – and clear influence – John Martyn. There he met former Longpigs vocalist Crispin Hunt who used his years in the business to help shape Butler’s ideas.

The fruits of that collaboration were the moody Cigarettes in Silence featuring a well-judged solo, and the more uptempo Window Shopping, with a shuffling rhythm and backing vocals from his small, but well drilled, band.

The interesting thing about Butler is he learnt to play completely by ear. As most of the songs were recorded live in London’s legendary Konk Studio his band had to be alert to what he was doing as Butler creates from a self-proclaimed ‘place of ignorance.’

In 2016 the Fife based signer was invited to play a set at the annual John Martyn Gathering celebrating his work by none other than long time bassist Danny Thompson. That experience has clearly fed into his work as Simon Says could be the late great man himself with the slurred vocals and intricate guitar work that is reminiscent of May You Never…and that is no bad thing.

The reflective Lydia’s Cafe is a tribute to the small venues that were shutting down before the pandemic, and those that may not come back post virus.

Butler has plenty to say especially on Mind Your Business as he chastises his generation for their obsession with devices noting: ‘What is it with my generation/what is it with my kind/we are lost and living alone’ which is so true. Butler lambasts those that rely on cyber (non) friends which means he ‘feels like I’m calling/nobody’s coming’, which sums up the empty and lonely reality of his digital peers.

BBC Scotland’s Roddy Hart described Butler as ‘the most exciting Scottish talent to emerge in recent times’ which at this stage is hyperbole,  but there is enough on this debut to suggest that may be true a couple of albums down the track.