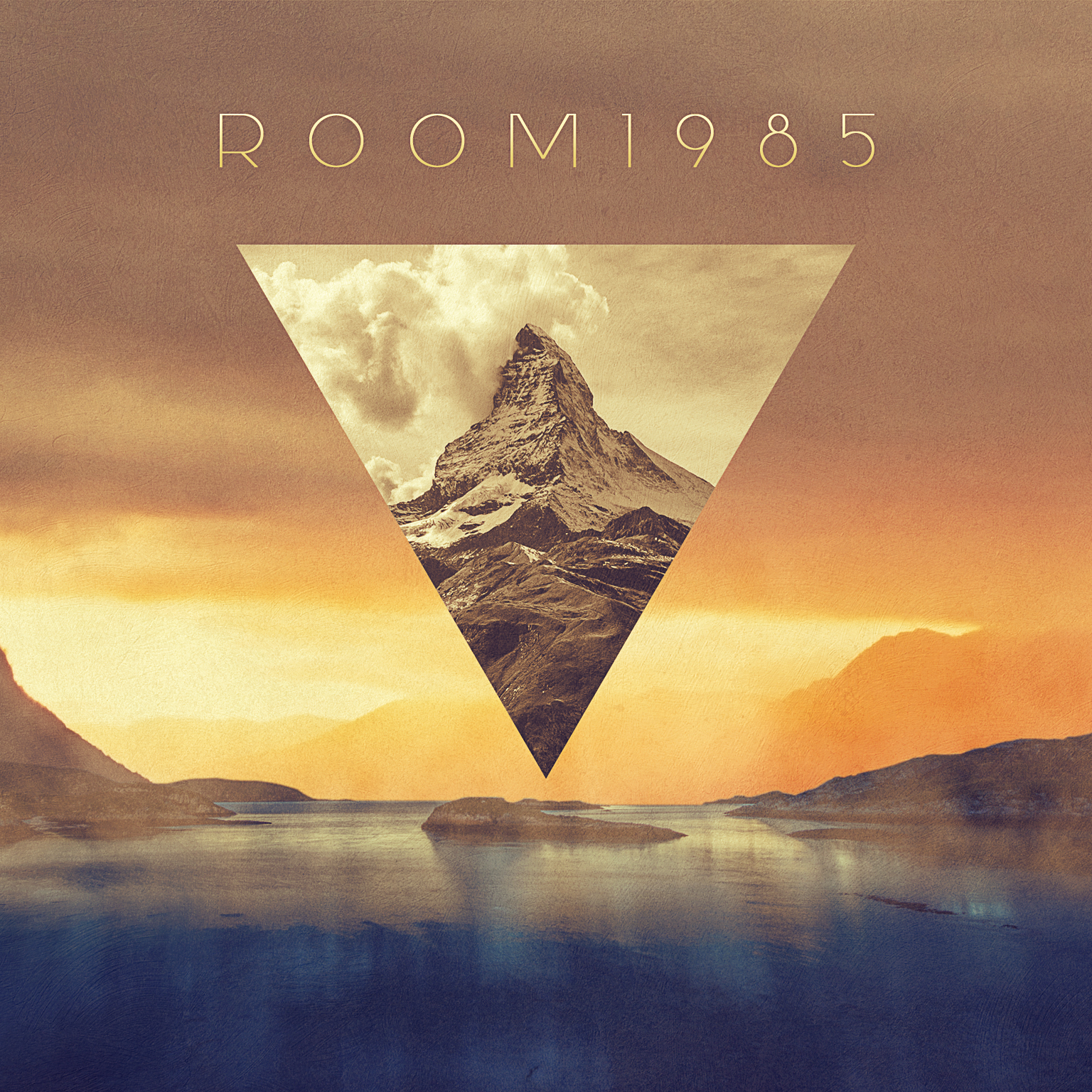 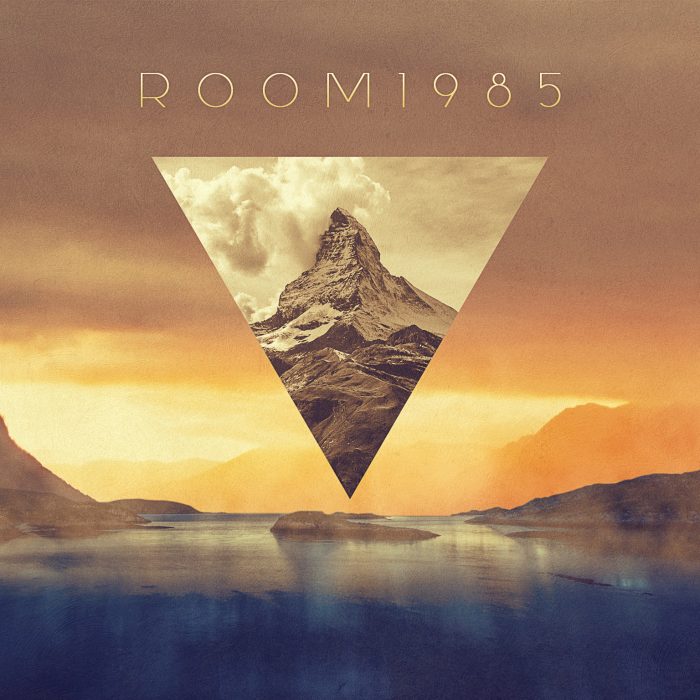 Room 1985 are introducing rock music for a new reality. If you don’t believe me, give their debut a listen – and check out that awesome album artwork whilst you’re at it – says Louder Than War’s Emily Oldfield…

The self-titled, 10 track album on AnalogueTrash records takes progressive rock elements and pulses them through expansive, soundscape-shifting electronica for an utterly immersive journey which unlocks your mind as you listen.
Currently based in Manchester, Room 1985 are the creative duo of Chris Crysand and John Hulse – whose sound stands out, as if it is crafted to communicate how an increasingly mechanised society can both make us and break us.

“Room 1985 is a concept album that discusses the philosophical and physical relationships between religion, modern society, love and an ultimately unfulfilled life.

“The album is a cautionary tale in two parts; the first half describes living a life that goes unfulfilled both with love and faith while the second half of the album consists of individual songs about different ideas and concepts that are detrimental to society and can lead to madness; but also to simultaneous happiness and sadness.”

Duality appears a driver of the album – and definitely is an interesting aspect of the listening experience. The first track ‘This is The Way’ immediately plunges the listener into the musical moment – it’s an almost shocking approach and effectively so – layers of recordings and rousing guitars which give way to great electric drive. Here that duality can be heard, as the song is arranged as a strong blend of electronica along with what sounds like a more manual bass and beats – therefore combining both technology and yet the human-held, the tactile.

A notable feature of Room 1985’s music too is their use of recordings which again allow them to dish up a double whammy – of almost anthemic electronica at times, diversified with sometimes surreal, sometimes dystopic, recorded vocal segments. The technique reminds me a little of Public Service Broadcasting, but without the ‘old school’ effect. No nostalgia tripping here.

‘Soundscapes for the 21st century…’

Room 1985 bring us soundscapes for the 21st century and beyond – with the second track ‘Day After Day’ being one of my favourites on the whole album. It opens with recorded, ruminating female vocals before a plunge into guitar and smashing drums combine with contemplative cries.

This is a track which tells us to strike out against the monotony of routine. It does this with rhythm, as overarching notes and a strong beat guide us onto a current of steadiness in the mix. But this is not meant to be for long – as a wash of guitar gives way to a genre-bending, sound-shifting shout of ‘Do it!’. Then suddenly we’re in a realm of synthwave, even pulling in parts of dubstep, as the beat gets dirty. If it doesn’t get you moving then I don’t know what will.

But what do Room 1985 want? Is this an ambitious duo looking to jump genres and get guys and girls on the dancefloor, or are they looking for something different? I’d say a bit of both. As much as these are anthemic tunes with proper pump to them, there is also development in there, with musical skill sewn-in to drive our self-reflection deeper – a psychedelic quality for sure.

‘The creative cacophony the duo just keep on surprising us with’

The track ‘Room 1985’ itself shows this, with magical key sounds which seem to almost coax themselves into the ear. Couple it with a club-heavy beats, along with a recording reeling through the earth’s history ‘looking for other intelligent life’ and you venture further into the creative cacophony the duo just keep on surprising us with.

And just because it’s a debut album, it doesn’t mean these guys haven’t been daring. Some tracks have hardly a conventional introduction in sight, instead straight on to beats and bolts of guitar, which in ‘Future Rain’ rouses a nervous energy which enhances the mood of the track well.

For this is music which is capable of moving you emotionally, and physically too. ‘The Door’ shows similar bravery and boldness in jumping genre conventions. Not far into the track and there are already some turns to Witch House, scissoring synth that makes you sway and a steady beat. But not for a long. Smashing drums again alert us to something different, again that concept of duality, with waves of sound soaring and then simmering like some great vehicle accelerating and decelerating. It is taking us on a journey of self-realisation, revealing life stories ‘like someone’s waiting to be told’, as the lyrics go. It’s clever rather than conceited contemporary music, advising us to look inwards for answers. 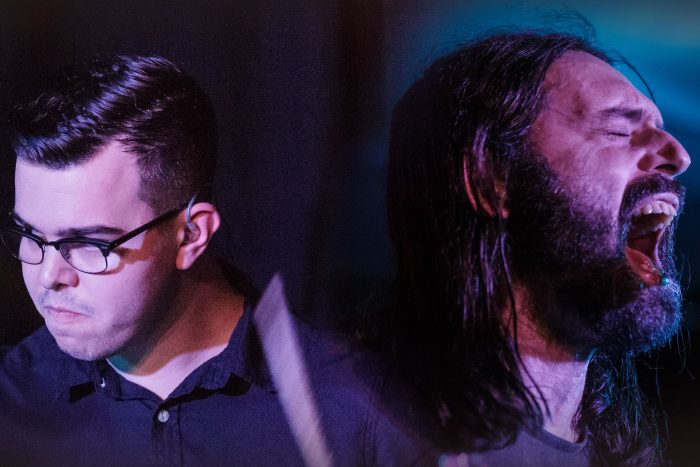 ‘He Paints a Picture’ also follows on the story theme, opening with a strong electronic element thanks to well-coordinated cry of ‘activate’. But what this track indeed does ‘activate’ is something different, for a piece which is layered and more lingering, dreamy even, in its approach. To return to the duality though – many of the tracks themselves appear to be of two parts – with the later stages of ‘He Paints a Picture’ pounding into a smash of drums and delving guitar notes. Like painting a picture is a kind of contact, equipment and techniques, Room 1985 celebrate the same in music. And it’s a sonic treat, always executed well.

Three tracks follow which seem to shoulder forward the modern condition of dissatisfaction and longing – especially for meaningful connection in an age of apparent over-saturation. ‘Ecstasy’ opens with female vocals and a much slower, simpler pacing to the drumbeat which allows for development on the scenario ‘I was choking, suffocating’.

‘Really has a signature groove to it…’

Realisation of social restriction really is clear here, and the almost grungy opening to ‘Something’ seems to express this- though what needs noting is that this is an album never weighed down by melodrama or dystopia.

The buzzy bass in ‘Something’ really has a signature groove to it, whilst the spiralling key sounds come back to ‘For You’ which prevent lines like ‘mutilated by demoralisation/drowned by lies’ feeling utterly downtempo. This is a consultation rather than condemnation; catchy rather than corrupting. It’s a case of diagnosing the modern condition – as having the capacity to be incensed, by modern day music.

What we can hear too in the album is the progression from starting out, all the way up until a highly robotised ‘Quote’ – going from music mapping the daily grind, to exploring future possibilities. This is a sheer sonic trip and one which shows that electronica can be smashed with raw rock, to great effect. In line with this, I perhaps would have liked to hear more vocal rawness rather than recordings, but it is important to recognise that vocalisations in this way add to intense layering effect. A album which will let you loose to explore and imagine. Impressive.