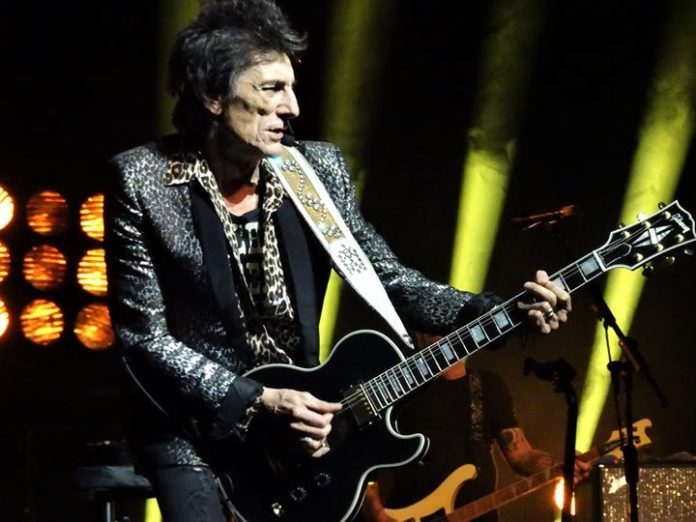 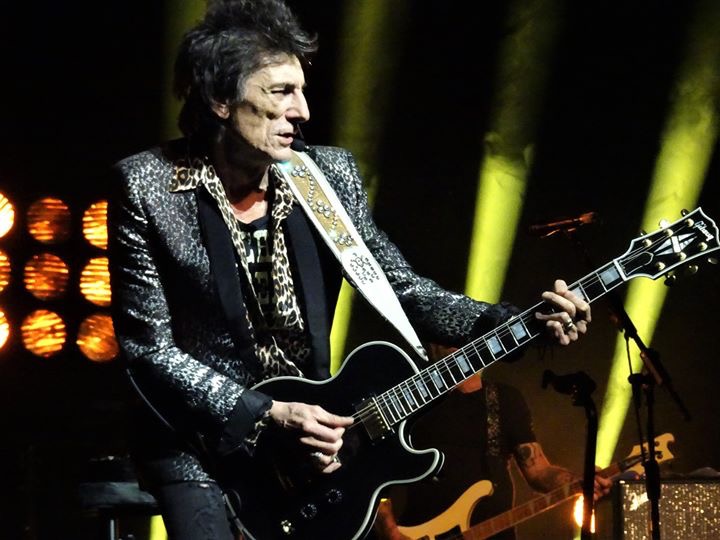 A night of rock’n’roll nostalgia of the highest order was in store as Ian Corbridge caught up with the Wild Five as Ronnie Wood continued his quest to celebrate the music of the legendary Chuck Berry in Manchester.

When Chuck Berry died on 18 March 2017, the world really did lose a true musical legend. But whilst his body may have expired, his influence will never really diminish as so many bands of the modern era will attest to in terms of the impact he has had on their music and style. One band that will always owe a huge debt of gratitude to Chuck’s talents is The Rolling Stones who cut their teeth on so much of his material. And throughout those early years of the Stones, as they grew into their reputation as the greatest rock’n’roll band in the world, they not only absorbed the influences of Chuck and so many of his contemporaries in the world of blues and rock’n’roll but they actively promoted them to the younger generation. I count myself in as one of those who found so much great music through the Stones, including Chuck, Elmore James and Jimmy Reed, all of whom had a huge influence on my formative years as a music fan.

So it is appropriate that it is again one of the Stones who noted the dearth of any fitting tributes to Chuck following his death that he should put together his own in order to celebrate the musical legacy of this great man. So Ronnie put together his own band, recorded a live album, Mad Lad, and then put together a handful of UK dates with, as Ronnie himself says at each concert, the hope that he can at least get people back to listening to the original recordings and get the next generation into his music. And with the band augmented by Ben Waters on piano, a man who played with many of the greats including Chuck, this was always going to be a real celebration of rock’n’roll. Indeed that was a term coined by Chuck himself in conjunction with legendary DJ Alan Freed so there was no doubt what we were going to get on this final night of Ronnie’s short tour to promote his album but more importantly Chuck and his music.

The evening warmed up very nicely in the company of Jack Broadbent, a virtuoso on the slide guitar who, accompanied by his dad Micky on bass, performed a short but expertly crafted set of songs from many walks of life. On The Road Again was performed solo to open the set and then he was joined by Micky on Making My Way Back Home. Other songs included Willin’ by Little Feat, clearly a popular choice, Moon Dance and even Hit The Road Jack which prompted some audience participation. Without doubt a masterclass in slide and blues guitar with a great vocal delivery with a hint of the deep south.

After a short break, Ben Waters kicked things off with a classic Johnnie Johnson boogie-woogie number, Roll ‘em Pete, a fitting start given that It was Johnnie’s trio who Chuck started with and began to make his name. Ben was also joined by Tom Waters (his 17-year-old son) and Antti Snellman, both on sax. Roll Over Beethoven followed, augmented with Dexter Hercules on drums and Dion Egtve on bass. Denise Gordon and Amy Mayers completed the full line up on backing vocals.

It was then time for Ronnie himself to enter stage left to huge applause and he wasted no time in launching into Don’t Lie to Me and Little Queenie, the latter with its trademark Chuck riff. Ronnie then ditched his “Britney microphone” as he kicked off I’m Talking About You. Ronnie clearly seemed in his element playing the music he loves. Likewise, the audience was absorbing every single moment recognising, as I did, that this was a rare opportunity to see such a legend in an intimate setting that we may never get again. Fair to say that the average age of the audience was quite high and the cumulative number of times we had all seen the Stones play would have been astronomical, but none of this took anything away from the sheer thrill of witnessing this event. 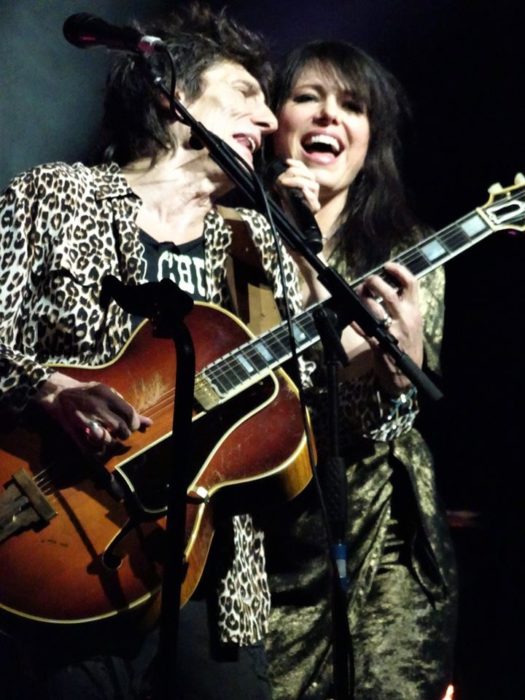 Ronnie slowed down the proceedings with the blues instrumental Blue Feeling and then brought on Imelda May as it moved seamlessly into Wee Wee Hours. This was a real highlight showcasing the talents of the band, with a classic piano break from Ben, not to mention Imelda’s powerhouse vocals. Ronnie then proceeded to showcase his own considerable talent on the lap steel guitar on Mad Lad which brought the house down again.

Almost Grown takes us immediately back to Chuck’s youth along with authentic doo-wop vocal backing and I’m not the only one here thinking we are sitting in a great American diner. Back In The USA features more classic Chuck riffs perfectly executed by Ronnie and great backing vocals. Ronnie’s own Tribute To Chuck Berry brings Imelda back to the stage and gives us a brief overview of his life.

Memphis Tennessee is as ever an iconic part of Chuck’s catalogue after which Ronnie reminds us how Chuck used to invent new words in his songs as well as giving them strange titles, before moving into No Money Down. And once again Betty Jean displayed the great vocal talent of both Denise and Amy behind Ronnie’s seasoned nasal drawl.

At this point, I will remind you that this is a full-on rock’n’roll show in a fully seated venue, but who the hell wants to sit down? The Opera House is of course known primarily for musicals, a genre I also love dearly. But someone really needs a word with management here who instructed security to ensure all remained seated throughout this immense experience. Fortunately, Imelda returned to the stage and recognised the frustration is the crowd and pointed out that we significantly outnumbered security so why don’t we just get up and dance. Then, removing her shoes, Imelda jumped into the orchestra pit, got everyone downstairs on their feet and proceeded to duet with the front row as the whole band swept through a blistering finale of Sweet Little Rock’n’Roller, Rock’n’Roll Music and Bye Bye Johnny. 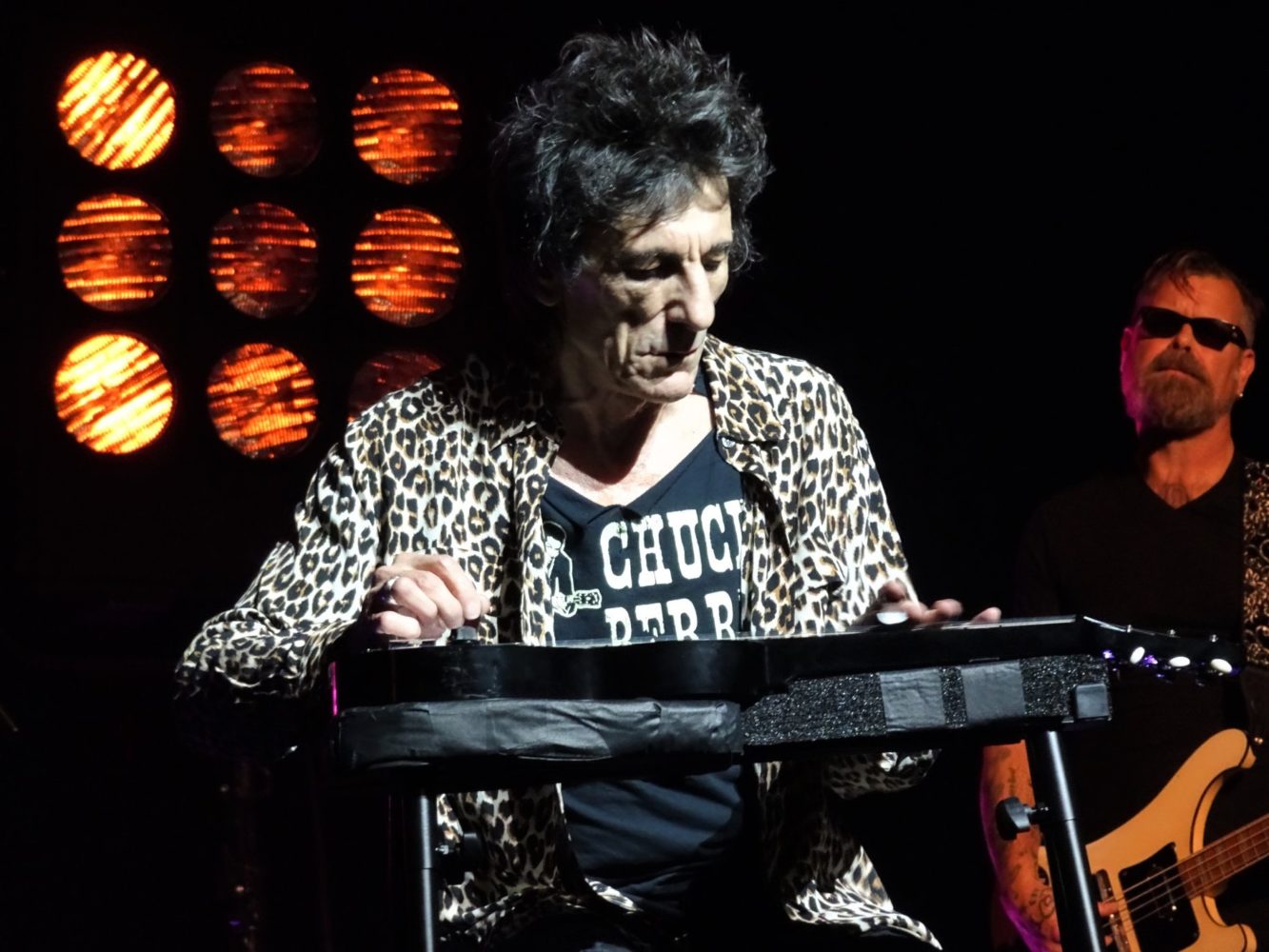 Of course, the whole band returned and completed the unforgettable night with the Chuck classics Carol and an extended Johnny B Goode with every member of the band getting their turn. The joint really was jumping and I really had to pinch myself as I was leaving to make sure this had all been real. The Stones and all those who influenced them and so many others have been a major part of my life since the early 70s but seeing Ronnie play such iconic songs with such a great band in an intimate setting will remain as one the great nights of my life. It was loose, it was fun but without doubt it was a magnificent celebration which will have achieved Ronnie’s aim of bringing Chuck Berry’s music back to the fore. And given this is apparently the first in a trilogy celebrating some of Ronnie’s major influences I cannot wait for part two.