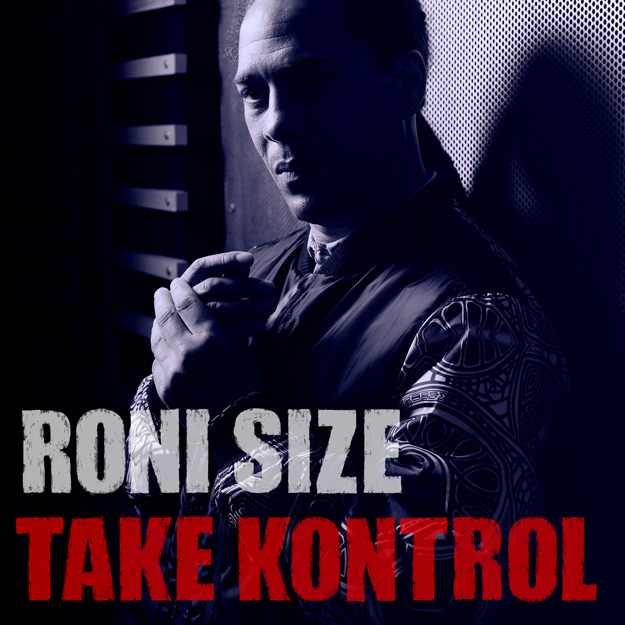 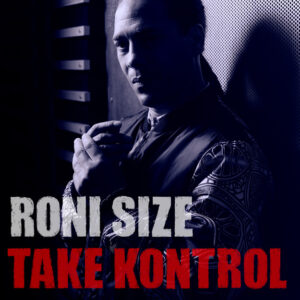 So hear it is then, the first new album in over a decade by one of Drum and Bass’ pioneers.  A man who, with the collective Reprezent, helped bring the genre to the mainstream by winning the 1997 Mercury Music Award for the seminal album New Forms. Following an album which receives such high acclaim and popularity can be difficult and this was proven to be the case with albums like 2002’s Touching Down and 2004’s Return To V both providing diminishing returns (it is worth pointing out that both these albums were without Reprezent) but live Size still was a force to be reckoned with incorporating a full live band which added much needed depth and scope to tunes that were severely lacking on record.

Take Kontrol and the bonus Size Matters have come at a time when electronic music is in rude health. Genre’s and sub-genres are invented on a nearly daily basis with technology now so advanced that bedroom producers can find a release for their art instantly so what do these albums, and Size himself, have to add to this ever evolving musical landscape? Are these releases the return of an old master coming back to reclaim the crown? The simple answer to that is, no. This is more like an older Uncle who insists on singing the same old song at every wedding you attend, or those ageing Teddy Boys you see walking around at Elvis conventions convinced that the world stopped in 1977 when the “King” died which is fine if that’s how you choose to live your life but when it comes to a musician and their music really does look and sound tacky and extremely dated.

Nearly every track on this album has the same formula right down to the kick and snare drum sound. A formula that was once hugely popular and effective but now sounds as exciting as being stuck in a lift with Alistair Darling. Tracks like Complicated (it’s really not) and Power use the same old female vocal tricks that were once thrilling but can now be heard on any Radio 1 hit by bands looking for that dance music dollar. It’s a style that has been incorporated by acts such as Chase and Status who took what Size was originally doing and made it even more popular, even headlining Glastonbury and herein lies the true crux of the matter. Instead of looking at these modern artists and admiring the fact they were obviously influenced by him and therefore pushing him to make something more groundbreaking to show them who really is the Don, Size has just created exactly the same thing he was doing fifteen years ago which makes these release an infuriating listen as you imagine him thinking “well the kids obviously love this so let’s do it again”. Drum and Bass was, and still is, about the evolution of sound and this is just pure devolution.

I’m pretty sure there will be people who love this album, especially those that have only recently discovered the genre and whom are not yet fully aware of its past and its many intricacies but for those who love drum and bass and what it stands for, this is bit like seeing a once-great footballer signing for your local pub team hoping they can recreate that old magic but instead they spend the twenty minutes that they can manage of  a game wheezing and getting tackled by a fifteen year old.

There are some brief glimpses of quality here, with tracks like Funny Bone and Freaky adding a bit of much needed grit to proceedings but as I could really only name two tracks out of twenty four worth checking out then that really is a poor return.

Hopefully, the fact that there is a Size and Reprezent album due out in 2015 means we will soon be getting some really quality music from the Bristol man soon but when it comes to Take Kontrol it’s a case of Size really doesn’t matter.