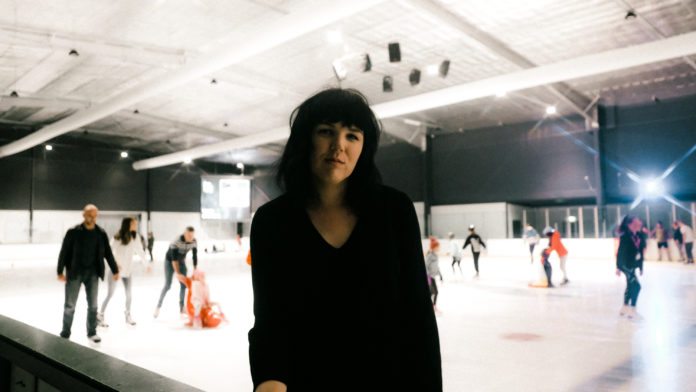 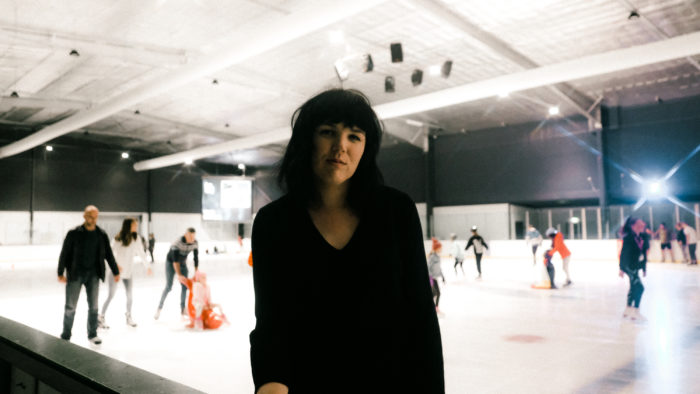 As the Australian quartet RVG gear up to release their second album, Feral, Nathan Whittle catches up with frontwoman Romy Vager to find out more about what’s behind the album.

LTW: First of all, I want to say congratulations on the new record. It’s fantastic. There are two things that hit me when I first heard Alexandra. The first is the brutality of the lyrics. How much of what you write about is autobiographical?

RV: Thank you so much! Parts of it are autobiographical but there’s a lot of Melodrama in there as well. With Alexandra, I’ve spliced my own story with an article I read. It’s real but it’s not.

LTW: The second thing that struck me was how the sound calls to mind bands like The Only Ones, Teardrop Explodes and, of course, The Smiths. It’s both in the sound that you have created and also in your phrasing of the lyrics. What bands have been important to you in how you write your own songs?

RV: There’s definitely a bit of The Only Ones in there, and we get compared to a lot of 80s Australia bands, but I would say that this record has also been very influenced by 50s car crash songs and Melbourne artists like Scott & Charlenes Wedding and Spike Fuck too.

LTW: It certainly seems that you are drawing on that post-punk era that moved into the indie scene of the 1980s with the bright chiming sounds and the dark touches of the lyrics. When you write, what comes to you first and how do you build the songs?

RV: I guess I build the basic structure of the songs and then take it to the band and they make it better. I’m very lyric-driven. I don’t really care about melody as much as the need to sing about how I feel.

LTW: For those that don’t know much about the band, take us back to the start. I know that you started out just yourself with an acoustic guitar. How was it for you stepping out into the Melbourne scene and how has it supported you and the band?

RV: We all used to play in local groups, and Marc was in my old band. We all came together to do a one-off gig my friend booked. I was just playing solo, making demos at the time. I didn’t want to bore people with an acoustic guitar so I asked people to join me. The local Melbourne scene has always been very kind to us. It’s been like that from our first gig.

LTW: Your first album was recorded live at legendary Melbourne venue The Tote. It’s a venue that has seen many greats of the Australian scene grace their stage. What was it like stepping into that space to record?

RV: The Tote has always meant a lot to me. I’ve seen and played the best gigs of my life there. One of us worked there at the time so we got to use the band room for free when the bar was closed. It was relaxing cause we just took our time and had no timetable or anything. It’s a miracle we ever got it finished!

LTW: How did the process differ for the new record and are you pleased with how it turned out?

RV: Well, this time we went into Head gap and then bakehouse studios to record it with Victor Van Vugt. It has that studio sound this time. I think It’s a lot more crisp and coherent than the first record. I think I’m pleased. I’m one of those people who think that everything they do is awful, but once people tell you that you’ve done well, you relax a bit. I remember doing the same thing before the first record came out. It’s my process.

LTW: Do you feel more at home in the studio or on the stage?

Definitely on stage. I like the immediacy of it. Doing stuff in the studio is fun but I hate having to hear my own voice played back to me over and over. The less time I have to think about things the more comfortable I feel.

LTW: On the song Little Sharky and The White Pointer, you namecheck a couple of people with the lyric “Well I spoke to Brando and I spoke to Chrissie Hynde.” What do the two of them mean to you to highlight them both?

RV: That song’s about someone I used to know when I was younger. There’s this show called Rage in Australia where they play old music videos at night. He’d have psychosis and he’d tell you that he’d just spoken to Christie Hynde on the phone the other night as the pretenders were playing on the TV. He’d say it so casually that you’d almost believe him.

LTW: In the context of songs like Alexandra, when you get to I Used To Love You, there’s an ambiguity in the lyrics which draws the listener deep into the song. It’s not clear as to whether you are singing to another person or to a past self. Do you care to share more about where the song is aimed?

RV: When I’m singing it live in can be about an audience, about myself, about an old friend. It depends on what I’m thinking about at the time. I’m sure I had a particular person in mind when I wrote it but that doesn’t seem very important now.

LTW: I have to say as well that, although there is a dark edge to much of the lyrics, what also comes through is feeling of vitality and hope.

RV: I hope so! I’m very hopeful. I get gloomy in what I sing sometimes but that’s cause I don’t want to lie to people. You have to take the good with the bad. Obviously our plans are on hold at the moment on account of the crisis. I’m counting down the days until we can go back on tour. I’ve been holding off on presenting new songs to the band until the albums out cause I want the next batch of songs to feel more immediate. When we’re allowed to be In the same room again we’ll start working on new stuff.

LTW: Thank you very much for your time and good luck with the album launch. It’s certainly one I expect to see making the end of year lists. And hopefully, we’ll get to catch you live soon.

Thanks so much! Fingers crossed we’ll be over your way sometime this year. 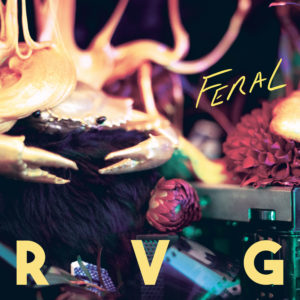 Feral by RVG is released by Fire Records on the 24th of April. Read our review of the album here.