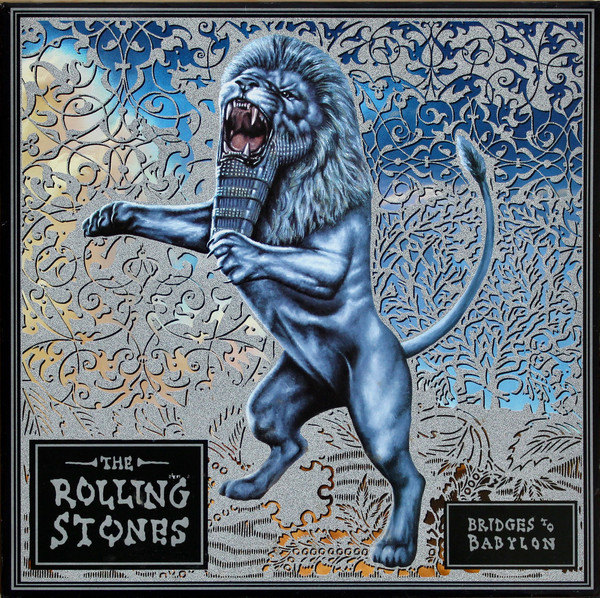 The Rolling Stones went techno? It happened. Twenty-one years ago, Mick Jagger attempted to bring the band into the sample-riddled rock of the mid-’90s. The result? An individual but indifferent record that almost ended the group for good. Sam Lambeth takes a look.

It’s no secret that Mick Jagger and Keith Richards have a strained relationship. However, it became particularly untenable during the 1980s, where The Rolling Stones finally went their separate ways and both committed to solo projects. However, such is their bond they eventually came back together at the tail end of the decade, and by the 1990s the group found themselves highly fashionable. 1994’s Voodoo Lounge, along with the sleek, sexy lead single Love Is Strong, had catapulted the four-piece back into mainstream contention, as well as renewed relevance. But while on the surface things seemed peachy, Mick wasn’t so enthused.

“The Rolling Stones should do something adventurous for their next album,” he said in a 1995 interview. “I think Voodoo Lounge was an opportunity missed to go in another direction, which would have been more unusual, a little more radical.” In other words, that particular record was very much in the Keith Richards mould – classicist, riff-driven, vintage. If Jagger was going to do another Stones LP, this time it was going to be his baby, which would mean experimentation. The only snag would be, of course, convincing Richards. 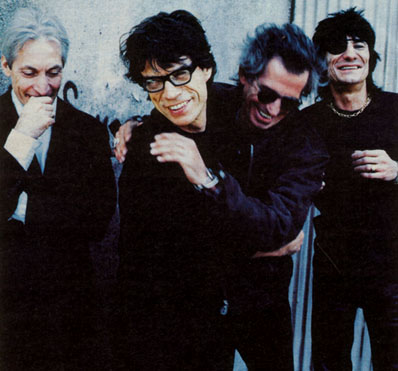 In order to do so, Jagger arrived in New York before the rest of the band, determined to seek out contemporary producers. Inspired by the sample-heavy, loop-driven genre-hopping of Beck’s Odelay and The Beastie Boys, Jagger enlisted The Dust Brothers to produce. Danny Saber and Babyface were also brought in, but that’s where the problems began. “You always have to deal with other people’s preconceptions of what their version of the Stones is – and we can’t be everything to everybody,” Richards claimed. However, his version of the Stones did not include, in his words, “loop gurus”, and soon enough Babyface and Saber were completely cut out of production, while The Dust Brothers were gradually phased out in favour of Voodoo Lounge producer Don Was.

This proved to be the last straw for Jagger. Bridges To Babylon soon became the child of a broken home, a curious but confusing blend of straight-ahead, strutting rock and experimental indie that sounds more fractured than fun. The feeling of alienation extends to the studio time – Jagger and Richards worked separately in the studio, the latter honing three of his own tracks with Was while Jagger tinkered with The Dust Brothers.

In retrospect, it is a great shame that Richards proved so stubborn. If the Stones had dived headfirst into Jagger’s concept, Bridges To Babylon could have been their equivalent to U2’s Pop – a record that perhaps would have been greeted with lukewarm reception initially, but would have no doubt became a jewel in their back catalogue. Lead single Anybody Seen My Baby is groove-laden, led by a swampy bass, slinky, punctured guitar fragments and Jagger’s own wail. While it sounds like the product of its time, due to the cut-up drums and rap samples, it serves as one of the band’s most interesting singles. Likewise, the acoustic-bathed Saint Of Me has enough zest and energy to keep up with their ’90s compatriots. The most surprising song is Might As Well Get Juiced, which, while not entirely convincing, shows great promise and endeavour in its loops and beats.

Elsewhere, it was business as usual – opener Flip the Switch has enough bravado and swagger to keep it strong (“what will it take to bury me? I can’t wait to see,” Jagger cheekily sings), Richards’ telling How Can I Stop a fitting closer and the rollicking Out of Control a frequent live staple. However, the public were, of course, put off by Bridges to Babylon and its confused state – it stalled at number six in the UK Albums Chart and didn’t set the rest of the world alight, either. The lead single for Anybody Seen My Baby, a gorgeous snapshot of New York City with the equally striking Angelina Jolie in the starring role, also failed to do serious damage.

More damage had been done to Richards and Jagger’s relationship. While they patched things up enough to go on a lucrative tour to support the record, it would be a whole eight years before the Stones got back into the studio. When they did, they cut the back-to-basics but occasionally brilliant A Bigger Bang. Bridges to Babylon serves as a full stop in the Stones’ career, a brief outcry for relevance and experimentation in a difficult era, and one that curtailed the band as frequent recording artists. Nevertheless, it should be hailed for its bravery.