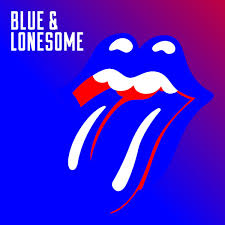 Blue and Lonesome: The Rolling Stones

Fifty-two years after the release of their debut, the Rolling Stones career appears have come full circle. Michael Halpin gives his opinion.

What strikes about ‘Blue and Lonesome’ initially is just how well Mick Jagger plays harmonica. Set aside the showbiz pomp and years of questionable stage attire and marvel at the fact that behind the facade stands a musician who really does know how to play, what is often forgotten to be, his chosen instrument.  Each solo, of which there are several, is mesmerising and while it may be glaringly obvious to point out, what is also striking about ‘Blue and Lonesome’ is the fact that the Rolling Stones really know how to play the blues.

Produced by long time cohort Don Was, the album is worth its salt for the simple fact that it captures the essence of the Rolling Stones masterfully. Charlie’s snare cuts through wonderfully throughout, particularly on ‘Ride ‘Em On Down’, while Keith and Ronnie’s infinite love of playing the blues finds them on fine form as their celebrated art of weaving continues.  Eric Clapton joins Keith and Ronnie on ‘Everybody Knows About My Good Thing’ and ‘I Can’t Quit You Baby’ but it really is Jagger who elevates the album towards something occasionally touching magic. Almost 55-years after he first tried, he now sounds something like an original blues troubadour.

For an individual who notoriously avoids looking back over his career, Jagger appears to be the member of the band enjoying ‘Blue and Lonesome’ the most and one would suspect that this is the reason why the album works as well as it does.

As Jagger hollers “Alright!” before the solo of ‘Just Like I Treat You’ he echoes his “Alright Keith, come on man!”  calls from 1964’s ‘Little By Little’, bringing a smile to the face and suggesting that, although no doubt briefly, Mick Jagger really is back at home and while he is, everyone else appears to be right onboard.

Electric Chicago Blues is the crux of ‘Blue and Lonesome’ and the albums title track along with opener ‘Just a fool’, the strutting and sinister ‘All Of Your Love’ and album highlight ‘Hate To See You Go’ all manage to encapsulate the essence of everything the Stones do best.

Their  version of Willie Dixon’s ‘I Can’t Quit You Baby’, although fairing less well, does see Jagger hitting the higher register of his vocals in a manner not heard in years, while their cover of Jimmy Reed’s ‘Little Rain’ is slightly workmanlike.

All criticism of ‘Blue and Lonesome’ is relatively minor however as the Stones have recorded an album that is invigorating, exciting, sinister, dark, morose and uplifting all in the same breath, and although it is wise to not lose sight of the fact that this is a covers album, within ‘Blue and Lonesome’ there is evidence of everything that is captivating about the Rolling Stones.

For over forty years, rumours of the Stones calling it a day have circulated but if indeed ‘Blue and Lonesome’ does turns out to be their final recording, it is almost the perfect bookend to where it all began.