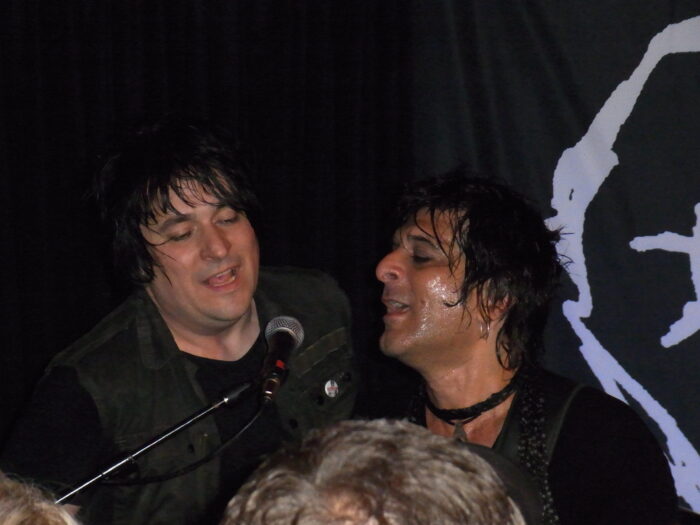 Finally; a warm summer evening. Not before time. It made for a pleasant enough train journey and stroll through Camden on a Friday evening to the ‘intimate’ Black Heart venue. Then I was reminded of the intense heat created in such a tiny, jammed space (we meet at last, Nick Addison!). Takes me back; sweat running down the walls, no windows, never mind air con. However, this is the ideal place for The Role Models’ album launch. Real rock n roll Americana, full of melodies but with a harder edge when played live. 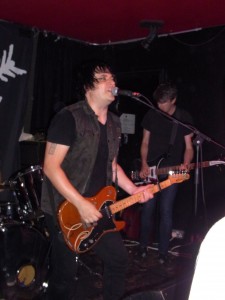 I missed first support band, Rehabilitated, sorry, and only caught the end of Dedwardians’ set, again, but enjoyed what I heard. Hopefully, I’ll see a full set soon. Special guest for tonight, Steve Conte (ex-New York Doll/current Michael Monroe band) made it by the skin of his teeth, having had a puncture travelling from Yorkshire to get here. He is, of course, the consummate pro; no ego from him or his band, they make the most of their time here, playing a variety of electric and acoustic tracks. Rich Rags, on a high from Role Models’ great new album ‘The Go-To Guy’, joins Steve for a spirited run through of the Dolls’ ‘Pills’, before taking to the stage himself.

This is the reason I dragged myself  from home to said sweaty club; the quality of the songs is terrific. Rich has less time to talk tonight with things running late, but even a short set from The Role Models is more than worth it. ‘Lie For Today’ is a great album opener, and other new songs like ‘Let’s Get Started’ have more punch in the flesh. Nick Hughes on guitar, Husayn on bass and Simon Maxwell on drums complete the line up and give it everything tonight, Nick’s guitar melodies in particular filling out the sound. 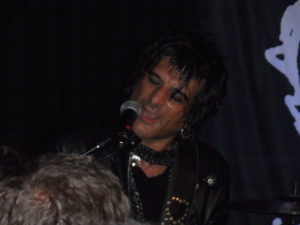 Annoyingly, even with a shortened set, I have to leave before the final song in order to catch my train, but it was still worth it.  Thanks to Dom Daley of Glunk Records for bringing The Role Models (and The Sick Livers) to my attention. As always, there is great music out there, but you have to search it out. You have reached your destination.

The Role Models are on Facebook. They also have a bandcamp page.