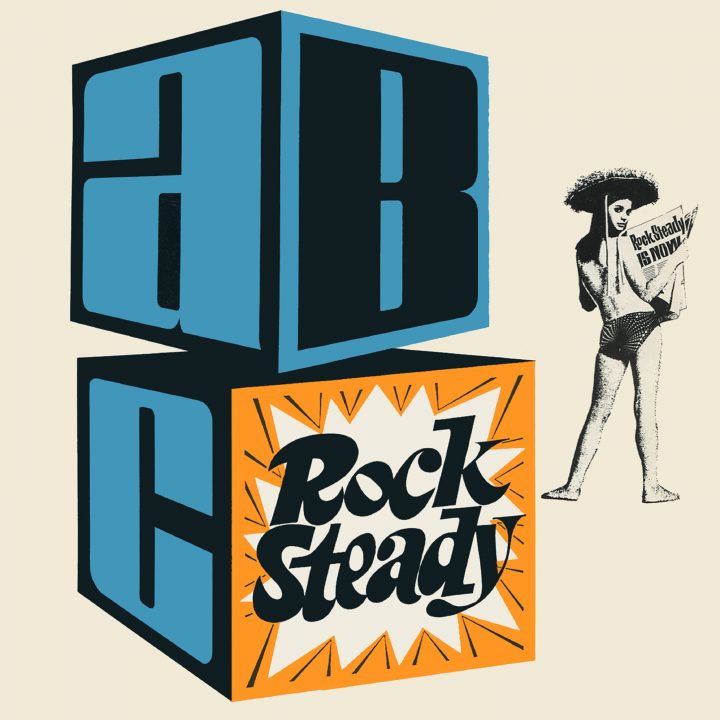 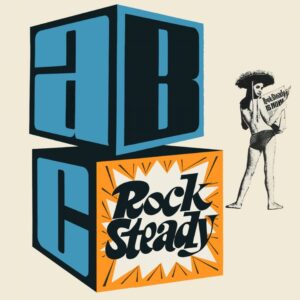 Reissue of the much sought after 1968 album by Roland Alphonso And The Originals Orchestra, plus 43 bonus tracks of Sonia Pottinger productions from the same year. LTW’s Ian Canty hears the varied work of a true pioneer of Reggae music.

Having looked at Sonia Pottinger’s work around the time of the Ska boom on Gay Feet (reviewed here), and during the rise of original Reggae on Dancing Down Orange Street (reviewed here), this compilation provides an overview of her output in the Rocksteady period. It is built around the ABC Rocksteady album by Rolando Alphonso And The Originals Orchestra, an outfit that provided many of her Gay Feet stable with backing during 1967.

Sonia Pottinger blazed a trail in Reggae production like virtually no-one else. A female pioneer, in what was at the time was a man’s world on the whole, her talent in the field and her ear for a catchy song or cool arrangement meant she could compete with the big names like Coxsone Dodd and Duke Reid, while offering the dancers and fans something a little different. Because her stuff on ABC, Rocksteady does have its own individual sound and a big part of that was The Originals Orchestra. Their two main men were the abundantly gifted pairing of saxophonist Roland Alphonso and guitarist Lynn Taitt.

Both had come through the Skatalites ranks, with Alphonso a key member and Taitt occasionally substituting for Jah Jerry. They had worked widely on the session scene and settled into the Originals Orchestra around the time Rocksteady was becoming the in-sound (which Taitt had a hand in creating, playing on some key early examples of the style). A relatively short-lived outfit, the 12 track ABC Rocksteady was their sole album, but they also provided the music for many of the other songs feature as bonuses here. In fact this comes across more like an excellent and thorough compilation of the Gay Feet label during 1967-68, but then again there is nothing at all wrong with that.

One of the endearing qualities of this set is that unlike most producers, Sonia had not completely gone over to Rocksteady at the expense of other forms. She still recorded Mento and Calypso sides as well as giving a platform to Count Ossie’s atmospheric Rastafarian drum pieces. This gives a pleasing variety to the music on offer here – though a dab hand at producing Rocksteady, she never closed her mind to other ways of thinking or styles of music and this kept her productions fresh. Also her work here does sound different than the other producers in operation at the time. A slightly cleaner, less muffled sound that highlighted Lynn Taitt’s guitar and the brass section, but kept the vocal mix lucid too. Some of the tracks sound as though they could have been recorded 10 years later and still have fitted seamlessly in.

The ABC Rocksteady LP itself is a bit of an oddity, but a good one. Being mostly instrumental takes of previously released vocal tunes (which make up the first raft of extras on this disc) with a few vocal overdubs, it gives the musicians a chance to fly. Lyn Taitt’s fretwork mastery shines on the title track and also on Say You (A version of the Ken Boothe song featured in the bonus cuts) which has some really nice vocal touches added by the Webber Sisters. This duo of Merlene and Cynthia Webber were clearly talented, but didn’t even get to put out an album of their own until 1982. Their honeyed tones show up again on Little Nut Tree, giving a different emphasis to the Melodians’ original take which appears among the bonus cuts.

But on the whole the musicians take centre stage, with Hip Hug-Her being firmly in the mode of Booker T & The MGs and their version of Sad Song (the vocal version being Patsy’s So Hard Without You) is led by the organ, a glance toward the 1969 Skinhead sound that was still a year away. The album ends with a cool combination of Lennie Hibbert’s vibes and Count Ossie’s drums entitled Pure Soul.

As previously mentioned, the first eight bonus tracks are the single versions of ABC Rocksteady tunes. Delano Stewart shines on That’s Life and Tell Me Baby, turning in great performances. Ken Boothe’s star was in ascendency on the soulful Say You and the cool vocal stylings of the Gaylads brighten I Need Your Loving. Among the stuff not featured in any form on the album, I really liked Patsy’s Fire In The Wire, a very appealing and exotic mixture of Calypso and Mento and Leslie Butler’s Revival is as cool as they come. Al And The Vibrators have a neat Gospel influence in their vocal style on the appropriately named Devil Woman, which closes out this disc.

Over on disc 2, the fun continues with The Gaylads It’s Hard To Confess, a gentle but infection dance rhythm backing their sweet voices. Ethiopian Kingdom by Roland Downer and Count Ossie is a complete contrast which delves deep into Jamaican Folk styles. The pair return on Ju Ju Wah, with the vibes providing an intoxicating effect and Ossie links well with Leslie Butler’s keyboard skills on the deep and moody Soul Drums. Patsy’s The Retreat Song mines a similar seam to begin with, before crossing over into a catchy dance/Bossa Nova beat.

Carlton Manning (also a member of Carlton And The Shoes with his two brothers Donald and Lynford, who later went onto success in the 70s as part of the Abyssinians), has a bright bouncy Rocksteady beat on his Live And Love, and the mysterious Johnny And The Attractions (who may or may not have contained Johnny Osborne at some point) offers six tracks that are forerunners to the Roots sound of a decade or so later, with Let’s Get Together being my personal pick. Cool It by Dermott Lynch totes a nice “call and response” vocal style, and his Adults Only alternates between being a very Rude Boy thing and endearing coyness. Al and The Vibrators’ Lonesome Lover shows how vital 50s singing styles like Doo Wop were to Rocksteady and Johnny And The Attractions bring proceedings to a close with the neat guitar skank of Call Of The Drums.

Overall ABC Rocksteady is consistent and consistently interesting to listen to. Sonia Pottinger always seasoned the current trends with a little variety and had a definite idea on how her records should sound, putting equal effort into making her musicians and vocalists sound good. This collection stands out from a lot of very good sets of this kind because she still recorded other types of music than the prevailing trend and favoured a clear sound. As such, ABC Rocksteady is an ultimately satisfying collection, bringing together a number of obscure artists at their best in sympathetic settings.