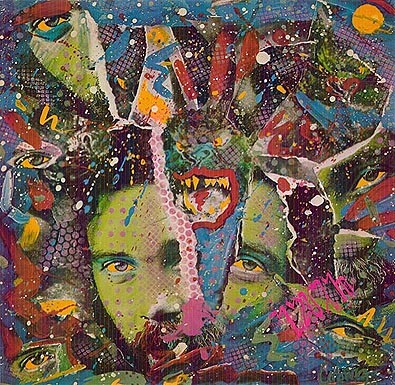 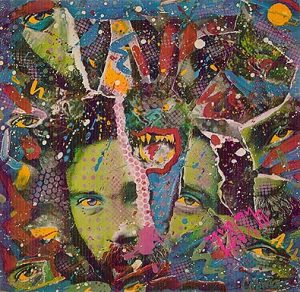 Re-issue of the lost 1980 CBS album from former 13th Floor Elevators’ main man which was hailed in MOJO magazine as “a buried treasure”Â hence the name of the label which has been set up as a joint partnership between MOJO and Cherry Red Records.

Roky Erickson is sadly best known for his fragile mental state often dismissed as an acid casualty, and to this day often only ventures out to play live in an effort to raise funds for his ongoing healthcare ”â€œ Back in the late 60’s Erickson and his band were responsible for some ground breaking psychedelic rock, the band strongly advocated the liberal use of mind altering substances, in particular LSD and mescaline. Erickson paid a heavy price for ”Ëœexpanding his mind’ ”â€œ he was confined to a mental hospital and subjected to electro shock therapy. Erickson became a target of the US Police, and in 1968 when aged just 22yrs he was arrested for the possession of a single joint, which at the time could have resulted in a 10yr jail term. Always thinking (!) Erickson pleaded not guilty on the grounds on insanity ”â€œ the judge took him at his word and confined him in Austin State Mental Hospital. Erickson duly escaped, to be subsequently held at the more brutal Rusk State Hospital until 1972. When Erickson finally saw the light of day he was a greatly changed man though he expressed a desire to return to music. A failed 13th Floor Elevators reunion ensued after which Erickson concentrated on creating his own heavier sound than previously evidenced, to do this Erickson assembled a pot porri of musicians including previous Moby Grape drummer John Oxendine, who despite playing with Erickson didn’t want to be associated by name so assumed the pseudonym Fuzzy Furiso for the recording ”â€œ This album contains some of the tracks created.

Album opener ”ËœTwo-Headed Dog (Red Temple Prayer)’ certainly sets the tone for the lyrical themes that were to follow “winds quiet in the night/her body just blows messiah/sickening sweet sight left or right/all is right does not please my appetite”Â ”â€œ musically, you need to remind yourself that this recording is now over 30yrs old; I was expecting something so much more ”Ëœout there’ ”â€œ what you actually get is an accomplished hard rock album with some very engaging melodies..

”ËœI Walked With A Zombie’ forms the only lyric for the track of the same name ”â€œ Erickson has a truly individual timbre, his voice hollers atop some swirly guitar and a progressive beat, ”ËœDon’t Shake Me Lucifer’ demonstrates Erickson’s blues roots; a real chugging booze soaked sing-a-long. Erickson was clearly obsessed with sci-fi, horror imagery; he sings of Satan, zombies, demonic forces and vampires and offers an insight into the `scrambled brain’ of this rock genius’ who continues to experience a bizarre and often brilliant solo career. ”ËœNight Of The Vampire’ comes across as the soundtrack to a million slasher B-movies, the scene where the beautiful yet helpless Fay Wray type is due for sacrifice, the snarled up guitar solos accompanying the ascending sacrificial knife. Apparently the recording session was hampered by Erickson’s fragile condition, the vocals are allegedly pieced together from various recording sessions; that is not apparent here – Overall this is an excellent snap-shot, it captures Erickson’s ability to craft a song, what ever demons were confronting him, and how he chose to express his thoughts as a result of cannot distract that he clearly retained the ability to escape into his music and for that we should all be thankful.
”ËœThe Wind And More’ and ”ËœBloody Hammer’ were left off the original album ”â€œ bizarre as they are possibly the strongest material on offer here, both are hard rocking heavy numbers that would easily give same period AC-DC a run for their money

Upon its initial release the album sold very few copies, CBS flew Erickson over to the UK to help push the album ”â€œ the trip was not a success with NME writer Nick Kent interviewing Roky, summing up the experience as being witness to a man barely capable of ”Ëœarticulating more than two syllables in five minutes’.

Erickson has announced a short US and Australian tour (March 2012) and has been confirmed as appearing at Metallica’s Orion Festival over the weekend of the 23rd/24th June 2012 as such this is a timely release, and provides an opportunity to actually listen to the music that Erickson created; forget the headline grabbing tales of madness, look a little deeper ”â€œ you will enjoy what you discover.

The album features the original ten tracks plus two additional Erickson originals from the period, and is packaged with extensive sleeve notes.

1. Two-Headed Dog (Red Temple Prayer)
2. I Think Of Demons
3. I Walked With A Zombie
4. Don’t Shake Me Lucifer
5. Night Of The Vampire
6. White Faces
7. Cold Night For Alligators
8. Creature With The Atom Brain
9. Mine Mine Mind
10. Stand For The Fire Demon
11. The Wind And More
12. Bloody Hammer