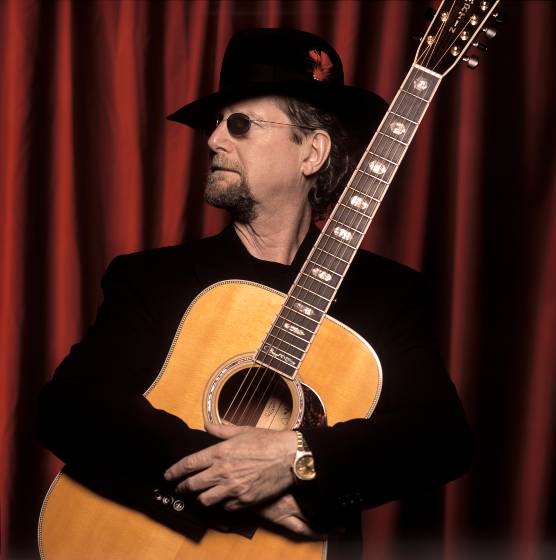 Roger McGuinn has been touring solo since the middle of the eighties. During that period of time  he has honed a show that mixes numerous anecdotes and stories about his days in the Byrds and his collaborations with different musicians. The Cadogan Hall seems to have become his venue of choice in London as he also played there the last time he toured the UK in 2011.  The 900 seat venue is the ideal size for someone like McGuinn and it was almost full when he played there last Friday. The crowd was made of people that must have been teenagers when The Byrds first toured the UK but I noticed a few younger punters (Bobby Gillespie from Primal Scream a couple of rows behind me).

McGuinn appeared from a set of doors at the back of the stage strumming his Rickenbacker 12 string and launched straight into My Back Pages, a Dylan cover that was first aired on The Byrds 1967 album Younger Than Yesterday. He then told the story about how he came to be involved in writing the title track of a “low budget motorcycle movie” called Easy Rider. Peter Fonda tried to get Bob Dylan to write a song for his movie but after a screening of the movie Dylan just wrote a few lyrics on a sheet of paper and told Fonda “give that to McGuinn, he’ll know what to to do with them”.  I was expecting the show to be quite heavy on tunes from McGuinn’s folk den project but he knows that most people come to see him to hear songs from his time leading The Byrds. During the first half of the evening we were treated to 5th Dimension and Mr spaceman (the first introduced by the theme music from the sixties TV show of the same name played by McGuinn on his smartphone). These songs were interspersed with highlights from his post Byrds career such as Russian Hill from his 1977 album Thunderbyrd or Don’t You Write Her Off Like That from the short lived McGuinn Clark and Hillman project. The first set closed with another Dylan cover : Knockin On Heaven’s Door.     After a short 15 minutes break McGuinn came back in a similar way he had started the first half with another tune from Younger Than Yesterday : So You Want To Be A Rock’n’Star.  His friendship with Tom Petty who could be considered as his heir on the american rock scene was highlighted by a cover of  “American Girl” and “King of the Hill”, a co-write that appeared on Back From Rio, Mcguinn’s 1991 comeback album. The definite highlight of that second half was Chestnut Mare from The Byrds last great album Untitled. McGuinn was in fine voice through the whole night and his range is still pretty close to what is was during the sixties and the seventies. The anecdotes and stories were good but you could feel that he has been playing the same set for a while and some of the banter felt a bit stilted.

Further info on Roger’s touring schedule and latest recordings can be found at here His wife Camilla maintains an interesting blog on their life on the road here.

All words by Craig Chaligne. You can read more from Craig by visiting his Louder Than War Author Archive.