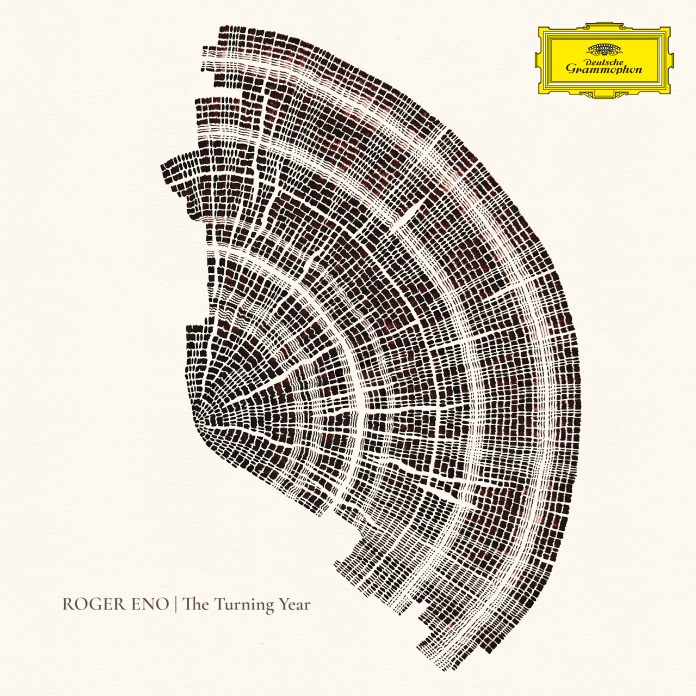 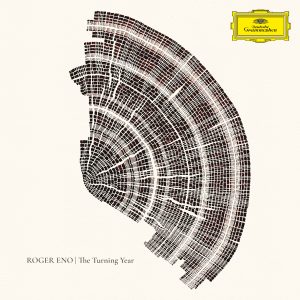 The latest solo album by Roger Eno, The Turning Year, comprises fourteen gorgeous, piano-led, compositions. Like little musical vignettes, they paint exquisite pictures in the mind of the listener. Gordon Rutherford reviews for Louder Than War.

In the Norfolk village of Heckingham, there sits the, sadly redundant, medieval Church of St. Gregory. Redundant, but not decrepit. Indeed, looking at photographs online, one could easily be led to believe that the church continues to faithfully serve its parishioners, just as it was originally built to do in the twelfth century. Still intact and in working order is the church organ, so much so that it provided the genesis for Roger Eno’s latest solo album, The Turning Year. That’s where the album’s oldest composition, Stars And Wheels, was conceived some twenty years ago.

Of course, Stars And Wheels sounds quite different here. It has had two decades to mature and evolve and is recorded on modern instruments. Yet the essence of the composition remains. Reflecting on the stonework of this ancient structure, Eno was struck by its state of “glorious decay” and Stars And Wheels subsequently became an aural metaphor for that. Listening to this moving track whilst looking at those images of St Gregory’s, two emotions are evoked. The first is wonder, that something so ancient can still be standing so proudly. The second is sadness, at the inevitability of its decline.

Quite brilliantly, The Turning Year paints vivid pictures in the mind, and conjures up powerful emotions, throughout its fourteen tracks. Eno, of course, has worked on many soundtracks throughout his career, several with his brother Brian and Daniel Lanois, and whilst The Turning Year is not a score for film or TV, it has that same capacity to evoke striking images in your mind with each track. Shut out the chaos of our world temporarily and immerse yourself in this magnificent music. As it flows through, track-by-track, these snackable little vignettes will unveil a story in your imagination. And it will be your story. In that way, it is a soundtrack for a movie that was never made outside of your own mind.

The Turning Year follows on from 2021’s Mixing Colours, Eno’s Deutsche Grammophon debut. Surprisingly, that particular collection was the composer’s first duo album with his brother, Brian and whilst it deservedly received great acclaim, my personal preference is to hear Roger on his own. When given full autonomy, his music has a different feel, with greater warmth, character and personality than Brian’s waves of ambient sound.

In many respects, Roger Eno’s playing is redolent of that medieval church. It somehow feels fragile and vulnerable, yet enduring in its majesty. Take the opening composition, A Place We Once Walked, for example. Like Satie, Eno picks the notes in a way that makes them feel like feathers falling from the sky. It is akin to someone ghosting through raindrops. Everything is considered, everything is deliberate. On the intimate Hymn, you can hear the piano creaking with every movement of his hands. It is as though Eno is sitting right beside you, playing only for you.

Eno’s musicianship is breathtaking on The Turning Year, yet this album is not entirely a solo effort. Primarily, these compositions are exquisitely crafted and delivered by Roger Eno, but, sagely, he has recruited the much-lauded German string ensemble, Scoring Berlin, to augment some of the tracks. When they combine, the music becomes layered like a filo pastry, with stratums of sound conjoining and blending wonderfully. Nowhere is this more evident than on the beautiful composition, Clearly. Here, Eno’s piano sounds like droplets of crystal whilst Scoring Berlin’s sweeping, mournful strings are like a silk pouch, tailored to catch those notes.

Stunning contrasts abound throughout The Turning Year, making this imaginary soundtrack constantly engaging. We go from the slightly unsettling, dark and brooding Something Out Of Nothing, straight into the melodic, porcelain-like beauty of Intimate Distance. Some pieces, like the title track, are airy and uplifting whilst others, such as the minimalism of Bells, are introspective and meditative. Fourteen short stories, all of which have their own personality, yet knit together and can be interpreted according to the listener’s personal frame of mind.

Like all old churches and medieval buildings, The Turning Year has a stunningly ethereal, haunting majesty. Full of mystery, making us wonder. It is wonderfully composed and flawlessly performed and whilst it may not have the longevity of St Gregory’s, it is an album that will retain its impact for some time.

You can find Roger Eno here. He is also on Facebook.