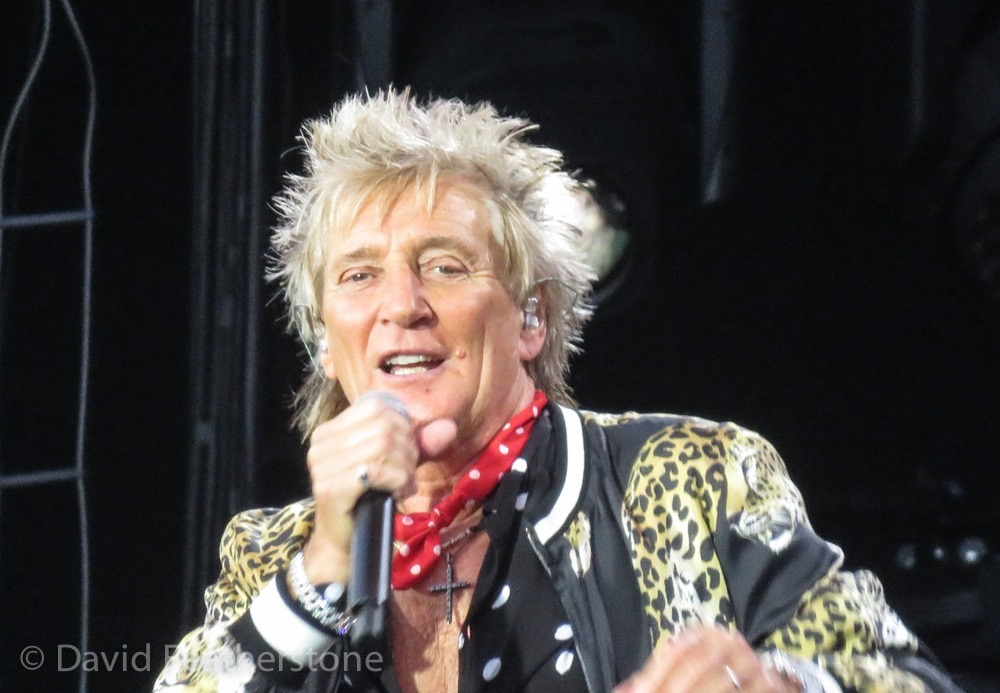 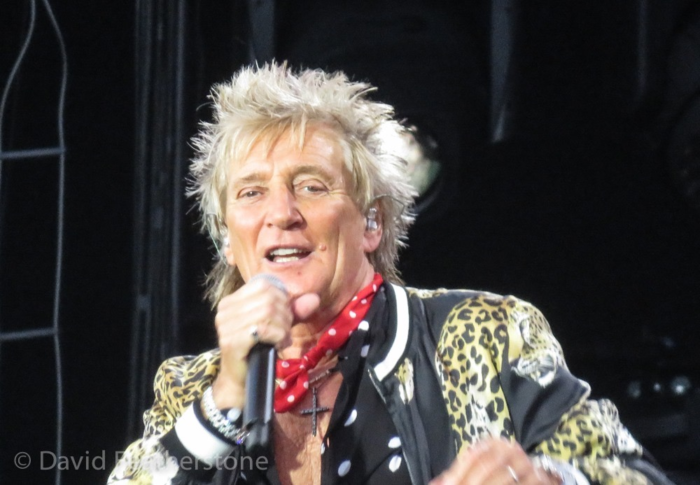 Rod Stewart, former member of The Jeff Beck Group, The Faces and Steam Packet, is still gigging strong as he approaches his 75th year. Louder Than War went to see him at Wolverhampton Wanderers Molineux Football Stadium, Matt Mead reviews.

As you think of approaching your 75th year you might think Saturday evenings would be a quiet affair – maybe making a hot drink or two whilst watching late night TV will suffice for some. Ask Rod Stewart and you might be met with his cackled laugh whilst surrounded by a crowd of blonde-haired backing singers.

And so that is the setting for Rod tonight beneath the lights of the famous Molineux football stadium. Let’s say it as it is – Rod is a performer and showman with a bag full of hits that’s as big as the leopard skin trousers Kenny Everett used to wear when impersonating Rod the Mod. Even the warm-up band Johnny Mac and The The Faithful deliver Ooh La La in their set. Tonight is a literal Rodfest. 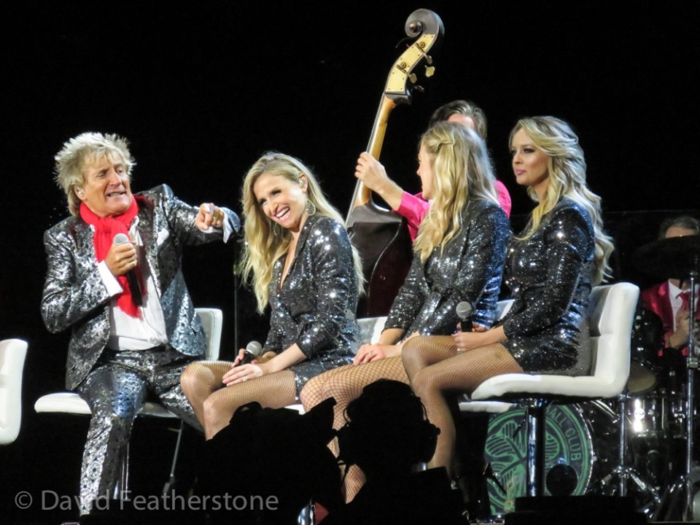 Things get underway with Infatuation: his backing band are on the beat with every song and Otis Redding-gravel vocals to the fore are his speciality, which he carries off perfectly. He gives us some of his favourite shuffle dance moves plus, dare I say it, the floss. All this is happening while backing singers, percussionists and duel drummers all try and keep up the pace with a master showman.

The hits fly at you faster than you can say them. A sped up Young Turks and a forlorn Some Guys Get All The Luck all feature in the 25-song, 2-hour long set. As Rod playfully interacts with the 30,000 strong crowd with tales reaching far back into his memory bank with previous bands, there’s no let up with those dance moves. With literally a hop, skip and a jump he really is the Peter Pan of pop. Move over Cliff.

I think I counted 5 costume changes in total, starting off with a traditional leopard skin suit, going onto a traditional tuxedo and almost Hawaiian shirt suit – if he had a moustache he’d be the doppelganger of Magnum PI. With his peacock hair still looking as fresh as those heady days in the 70s I’d also expect the rider to feature a bucket full of hairspray and styling mouse rather than crate of Carlsberg, peanuts and family size Monster Munch as would have featured in those heady Faces days. 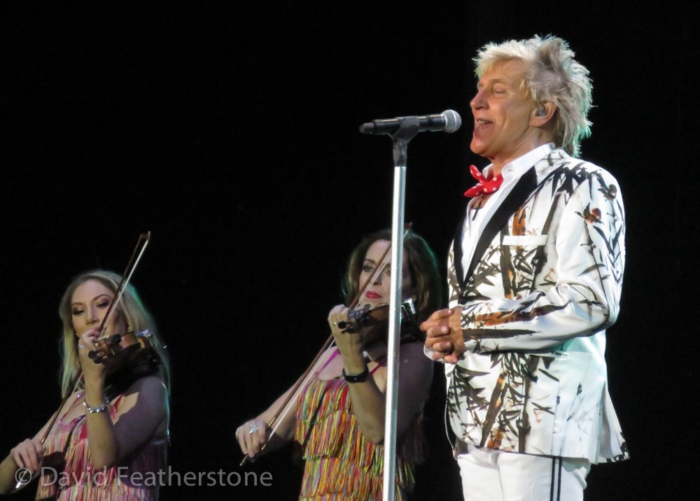 The chance for the crowd to interact throughout the night is a given. Tonight’s The Night, You’re In My Heart and most evidently Sailing have the audience breathing every breath with the master of ceremonies. There are plenty of covers including the well-known Cat Steven’s penned The First Cut Is The Deepest, Etta James’s I’d Rather Go Blind and Sweet Little Rock and Roller dedicated to recently departed Chuck Berry.

An encore of Baby Jane gives the chance yet again for all to behold the visuals on display via the huge video screens which show a wide mix of spectacular graphics including poppies dedicated to those we lest forget via D Day, gambling machines, candle lights, gorgeous landscape oceans and a slot machine of love, whilst he belts out Do You Think I’m Sexy.

What is overly confirmed by tonight’s performance is his status is assured as one of the all-time great entertainers along with Bolan, Bowie and Mercury. Rod appears forever young at heart, stealing an aging process directly from The Rolling Stones. Keep on keeping on Sir.