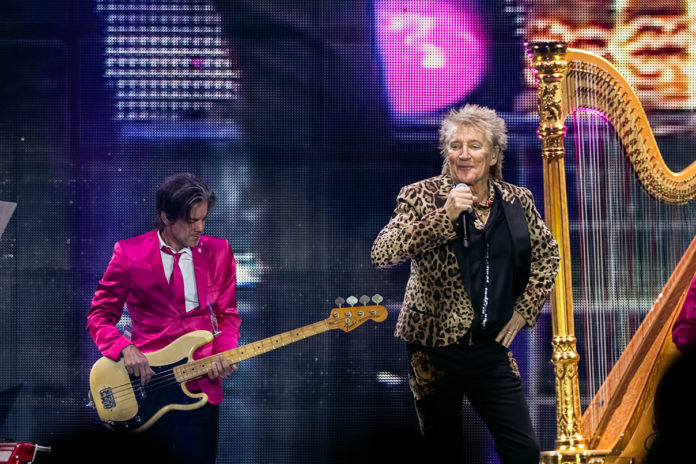 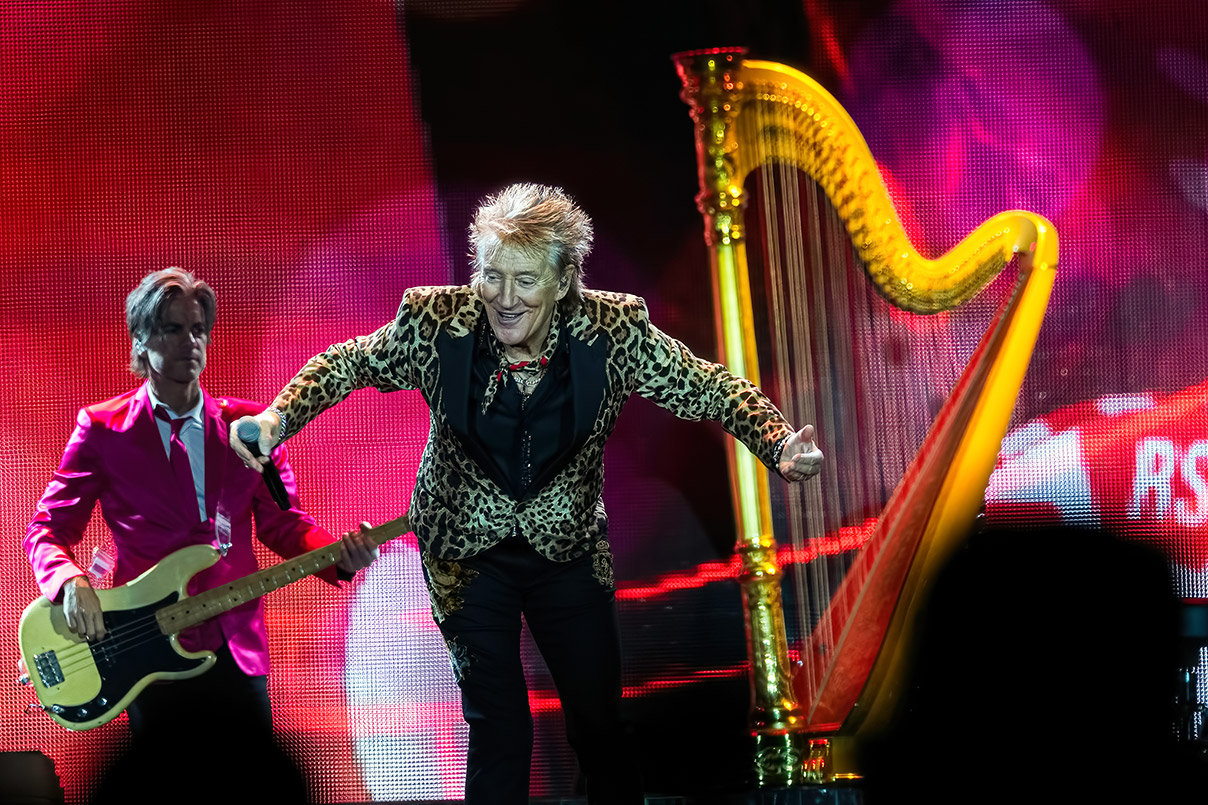 Rod Stewart (Sir) arrived at the Liverpool arena as part of his first UK tour in 3 years, in the wake of the release of his 30th album Blood Red Roses.

Rod wowed the audience with a mixture of new material classic hits, and cover versions he has made his own over the years. He barely paused for breath throughout a hugely entertaining and energetic set. According to the support band, Johnny Mac and the Faithful, Echo and The Bunnymen’s Ian McCulloch was in attendance, which in some ways encapsulates Rod’s enduring appeal and ability to captivate audiences from across the musical spectrum.  How many 74 years olds can get away with wearing leopard skin and deliver a two hour set with such gusto, vigour and charm? 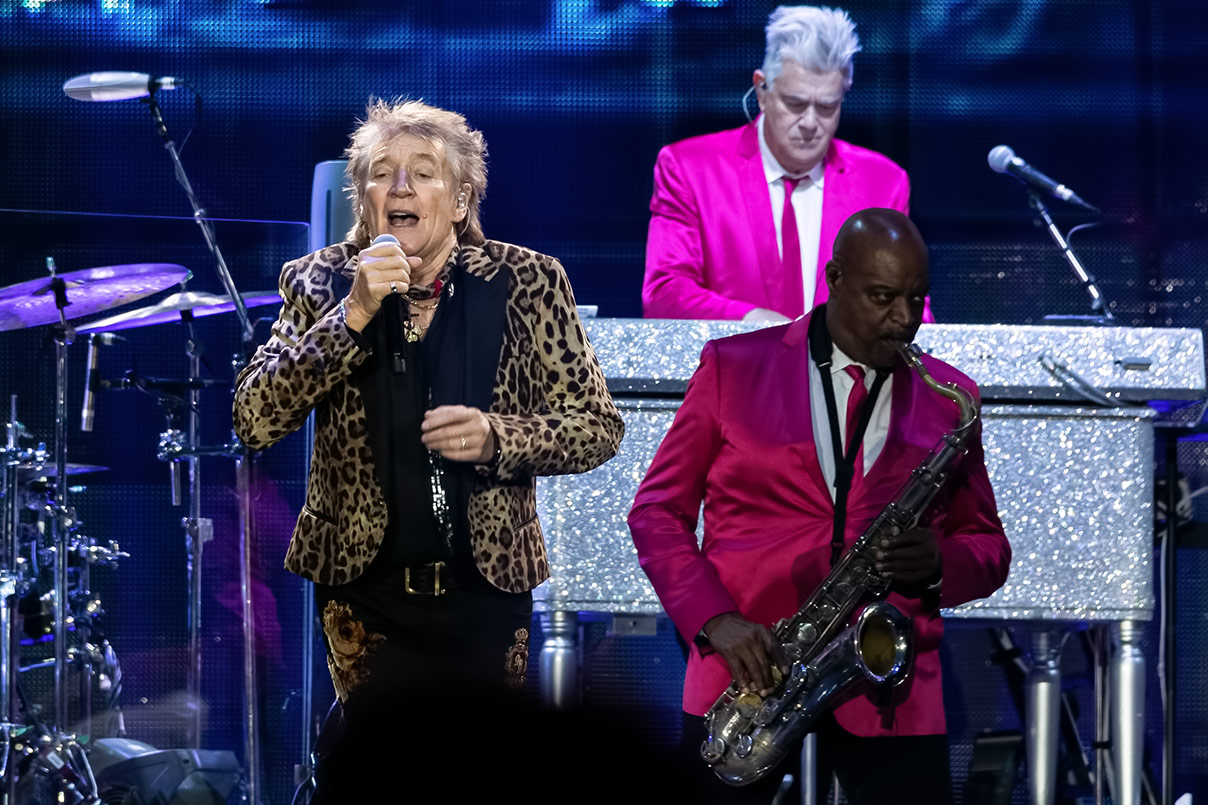 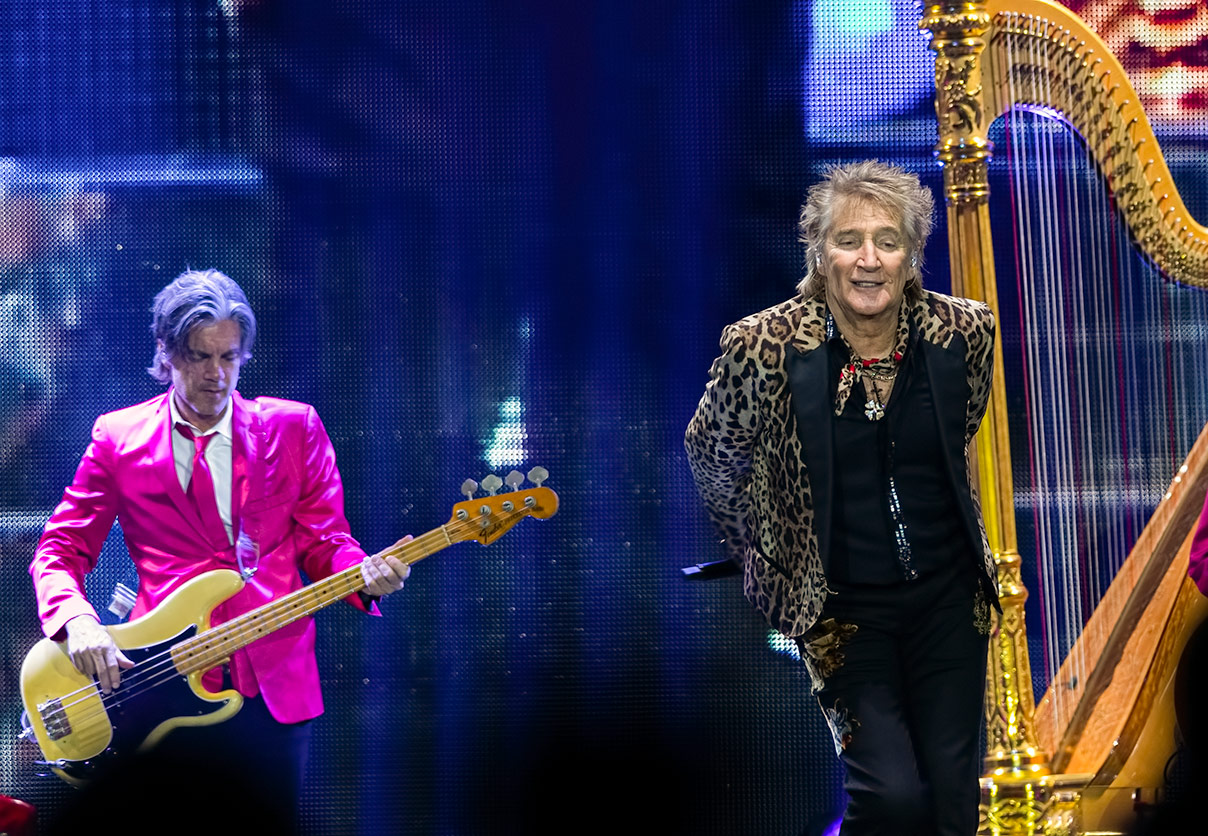 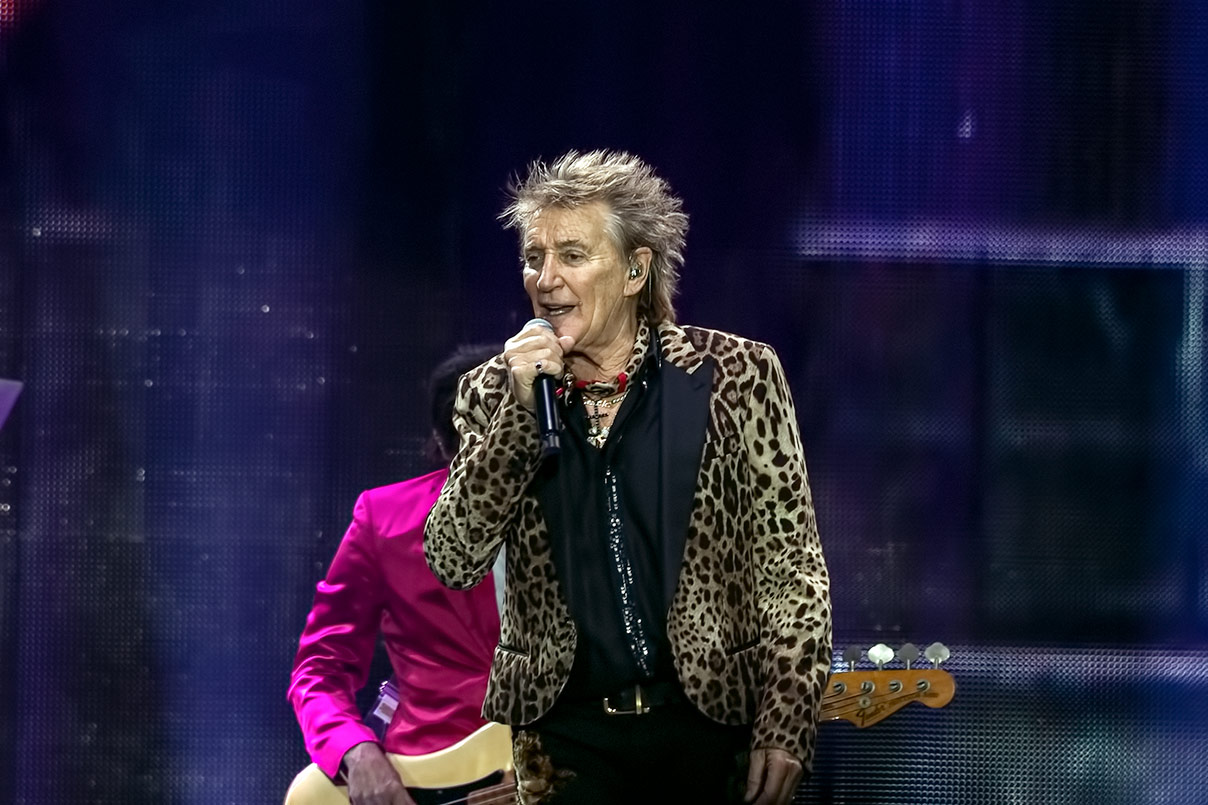 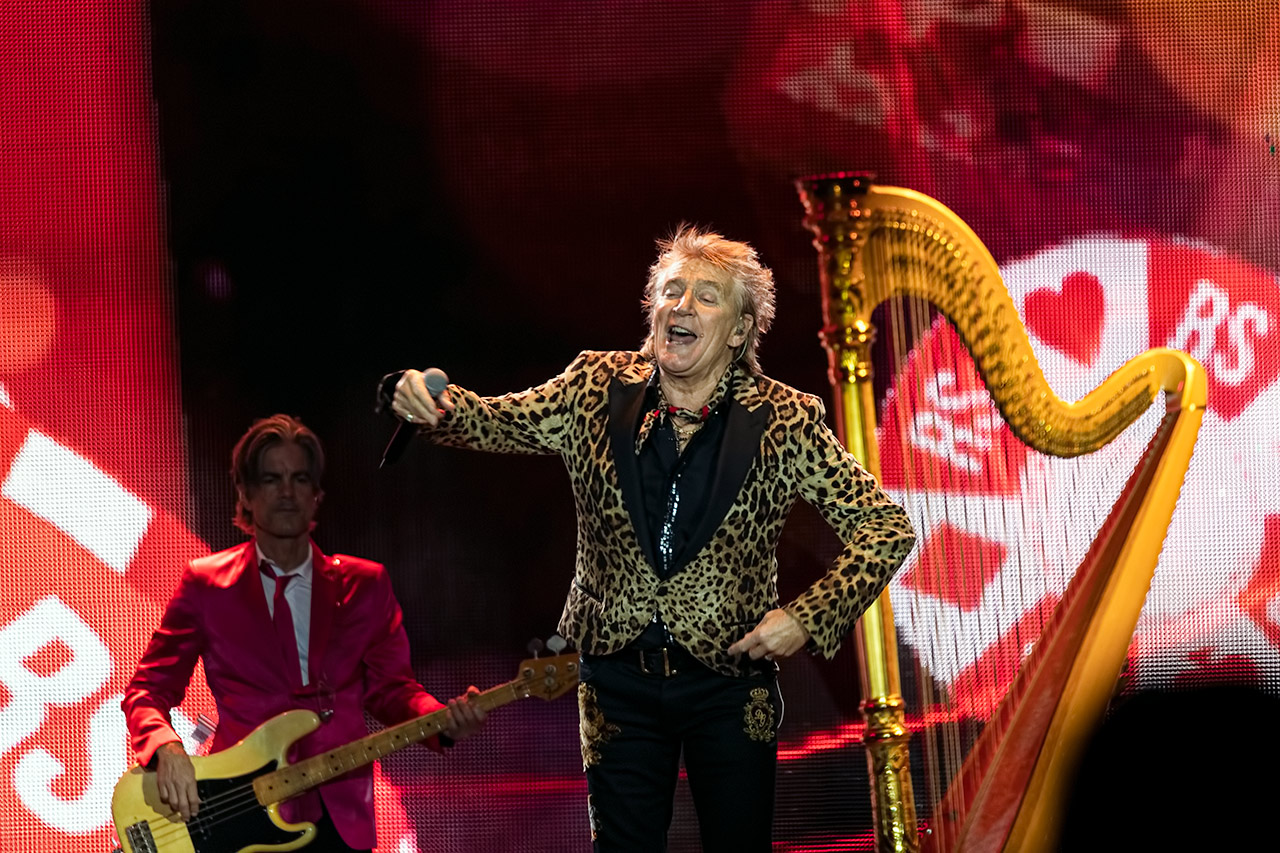 Some Guys Have All the Luck
Having a Party
It Takes Two
The Rhythm of My Heart
You Wear It Well
Forever Young
The Killing of Georgie (Part I and II)
Baby Jane
Tonight’s the Night (Gonna Be Alright)
Maggie May
Downtown Train
Stripped
Dirty Old Town
The First Cut Is the Deepest
I Don’t Want to Talk About It
Grace
Have I Told You Lately
Go Your Own Way
Da Ya Think I’m Sexy?
Twistin’ the Night Away
Sailing