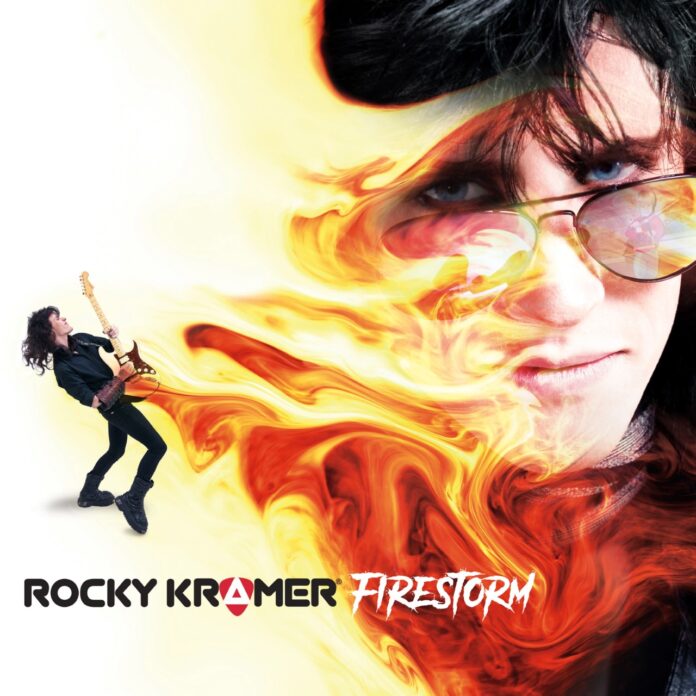 Coming off of his debut concept album, “Firestorm”, via Allied Artists Music Group, the Norwegian/American super metal recording artist Rocky Kramer has just released his new Queen Cover “The Show Must Go On”…..and he nailed it. One of the best guitarists on the planet, Rocky was trained as a very young child as a violinist. His love for playing live performances guides his music and his life. I shared questions and answers with Rocky regarding his career currently with Allied Artists and his musical drive….. 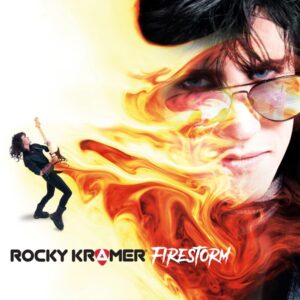 Louder Than War: How did music shape your life and become so important to you?

My parents not only loved music, but they made a living out of it. My mother taught piano and sang in a choir, and my dad was a first violinist in the Trondheim Symphony Orchestra. When my mom passed away shortly after my fifth birthday, it wasn’t unusual that my dad would bring me and my older brother to concerts. He also encouraged us to play an instrument, so I ended up taking violin lessons, and my brother took piano lessons. My brother also took an interest in guitar around this time. I wanted to play drums so I made my own drum set out of ice cream boxes and played with pencils. That was my first band, and we would perform little concerts for our babysitter with songs my brother wrote. This ignited my interest in playing guitar and writing music.

When I saw smoke coming out of Ace Frehley’s guitar while he was playing an out-of-this-world guitar solo, I knew I wanted to be a lead guitarist in a rock band some day. When I started writing music regularly at the age of twelve, I wanted to start my own band. As a teenager, being a rock guitarist was my identity, which is why it was so important to me. I just couldn’t imagine myself doing anything else. I still can’t!

As a child of the 80’s who was born in the 90’s what songs would the soundtrack of your life include?

My music! I’m always writing the soundtrack of my life. That’s what’s so exciting about being a songwriter and composer. I can take my life, my situations, my feelings and make a song out of it. It’s a musical diary that allows me and others to get a glimpse of my younger self.

Being born in the 90s, I enjoyed the music that was made before I was born, much more than what was current at the time. This still applies today. The bands that impacted me the most at an early age were KISS, The Beatles, Queen and Pink Floyd. At the age of thirteen, I was mostly into AC/DC, Led Zeppelin and Ozzy Osbourne, until I fell off my bike and couldn’t play guitar for a week. My brother suggested I should listen to Swedish guitarist Yngwie Malmsteen, so instead of playing guitar, I was blown away by this incredible virtuoso. I spent the next years listening to other guitar players, including Steve Vai, Joe Satriani and of course, Jimi Hendrix. I’m always in search for new music, having explored most genres you can think of over the years. I wonder what I’ll be listening to in ten years.

There has never been a time in our history when creative endeavors have proved so important. What have you been doing to stay creative?

The lockdown has encouraged me to look into any way to entertain from home. This was the perfect opportunity to test out live shows on the internet. I knew pretty quickly that I wanted to do it on Twitch because of the discoverability aspect. A lot of Twitch users are just looking for something to watch, so it’s an exciting way to communicate with people from all over the world. It’s also a great way to stay in touch with fans and of course, develop new fans.

I’ve also been recording cover songs, all accompanied with videos. This is something I started before the lockdown with a cover of Pink Floyd’s “Comfortably Numb”, a tribute to one of my favorite guitar players, David Gilmour. Even though I prefer writing and performing my own songs, there are many bands and artists that helped shape me as a musician, singer and songwriter. When I do a cover, I can mix one influence with other influences, creating a version of the song that you’ve never heard before.

What inspired your concept album?

Life. Most of my music is inspired by what I’m thinking, what I’m feeling at that time. I wrote Firestorm when I was sixteen, a time when I was figuring out a lot of things about myself and the world. It’s about a teenage boy, who’s an outsider that wants to be a rock star when he grows up. He’s old enough to understand the challenges he’s going to face, so an important theme throughout is mental health. I pretty much took sixteen years of thoughts and experiences and encrypted them into an hour-long listening experience.

What inspired doing your cover of Pink Floyd’s “Comfortably Numb?”

I was a Pink Floyd fan from an early age, and “Shine On You Crazy Diamond” was probably the first song that put me in a trance. I’ll never forget that moment. In the beginning of this year, I wanted to pay tribute to the musicians that inspired me to be who I am today. David Gilmour was my first pick, because he’s one of my biggest influences. His solos are very melodic and memorable, and I’m a huge fan of his cinematic guitar sound, which inspired me to experience with guitar effects on my own early on. “Comfortably Numb” is a wonderful song with an iconic guitar solo. My goal was to play it and sing it my way. I got the idea when I was rehearsing the song with my band, and I started singing the first verse an octave higher. I spent a lot of time experimenting with sounds and effects while recording this song. It was a lot of fun.

Where do you hope to be professionally in five years?

I envision releasing a couple more albums by then, and I’m crossing my fingers that we can go on tour, because that’s definitely what I want to do. I’ve always wanted to go on a huge world tour to promote my latest album. We had to cut it short this time because of the coronavirus, so hopefully, we will be back to normal by then.

Who have been your main music influences and why?

Watching Ace Frehley perform with KISS on TV made me want to be a guitarist. Yngwie Malmsteen made me want to become a better guitarist. I was listening to Randy Rhoads before that, so I was going in the right direction, but hearing Yngwie took my guitar playing to the next level. I was also inspired by Yngwie’s use of double kick drum and instrumentation normally associated with classical music. As a songwriter, Pink Floyd made me rethink what a song is. It doesn’t have to be verse, chorus, second verse, second chorus etc. When you don’t follow a formula, you open yourself up to so many possibilities. You can do whatever you want. Other major influences include Michael Jackson, Queen, Dream Theater and Helloween.

2020 has been a challenging year for us all. With that in mind, my newest cover song is “The Show Must Go On” by Queen. The music video is definitely inspired by current events, and even though the lyrics were written by Brian May about Freddie Mercury thirty years ago, they are very relevant in 2020. In the immediate future, I will continue entertaining people from home with my weekly Twitch concerts and cover songs, but at some point, either this year or next year, we’ll be back in the studio to record the next album. That’s something I’m really looking forward to!

Watch “The Show Must Go On” cover by Rocky Kramer here:

The official website for Rocky Kramer may be found at https://www.RockyKramer.com