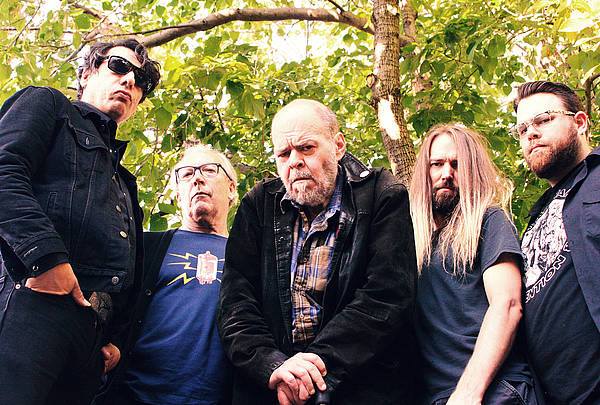 Rocket from the tombs 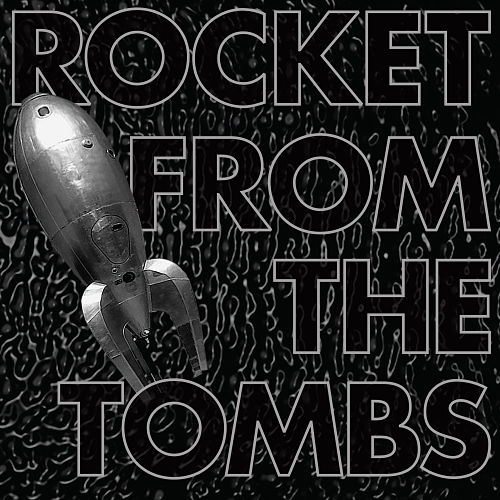 Rocket from the Tombs are an enigma. Only originally really existing for a year between 1975 and 1976, they made waves in the Cleveland, Ohio scene and beyond, until they disbanded. From 1976. Going onwards, key members would go on to form Pere Ubu (David Thomas aka Crocus Behemoth) while O’Connor and Madansky joined Stiv Bators to form the Dead Boys.

In the meantime, they had their name stolen by Rocket from the Crypt……oh come on…..daylight robbery!! However, taking time out from his (genius work) in Pere Ubu, David Thomas and Craig Willis Bell (a.k.a. Darwin Layne) have resurrected Rocket from the Tombs to what can only be described as a kick ass rock n roll garage style reunion that will surely have The Sonics running for the hills! This is dirty, low down garage dirges that Jack White can only (wet) dream of.

Their first full record for four years, RFTTs ‘Black Record’ (out on Fire records 13th November 2015) have them on angry, tetchy, pissed off form with 11 classic tracks, each with its own identity and balls. And when I say identity, I mean, full on garage rock noise, dirty lyrics, shifty meanings, catchy hooks and tales to make your hair curl! And when I say balls, this has more heavy spheres than a 12 lane bowling alley….get my drift?

This 11 track album really is a joy to listen to.  Lead track ‘Waiting for the snow’ has Crocus beautifully admonishing a “no friend of mine” with a caustic, yet melodic hook that rings in the ears for hours. Nice! The next three tracks are beautifully noisy, fast and dirty garage classics that include a Sonics cover (Strychnine). Each track thereafter seems angry, with pained vocals. The band sound seriously pissed off about something!  Along with some classic guitar shredding, each song is classic great garage, with garage hooks again and again. Track 5, ‘I kept a file on you’ is again a noisy fast and dirty dirge that sounds like a pack of grubby 15 year olds playing in their garage (and drinking cheap (but strong booze)) and singing risqué lyrics! … In fact the whole album sounds like that. Great stuff!!

The rest of the album has tracks that are slow and dirty and slow and dirgy. ‘Spooky’ is about a girl called Kate, and ‘Coopy’ wants to know what you have in your refrigerator?! Dirty garage classics. Great hooks Great fun and a social services nightmare……..

This album sounds like it was a really fun record to make! David has a great voice and it has obviously been around the block a few times. Additionally, he sounds fucked off about many things!!

This is a great return for RFTT. I just wish they were playing more gigs! (see below)

For further information on RFTT, please check out their Facebook.