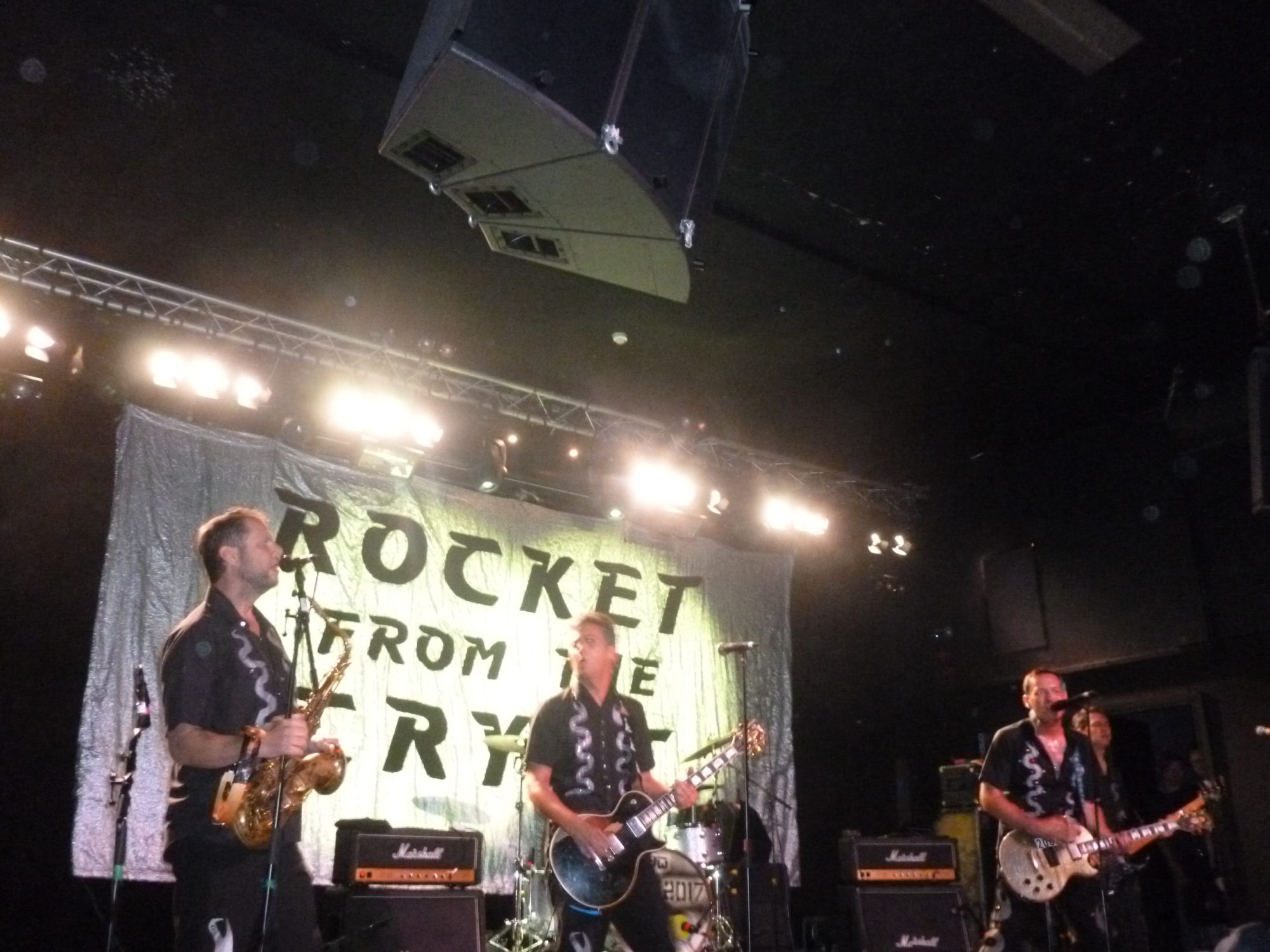 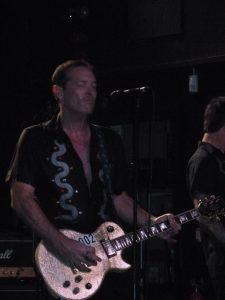 Rocket From The Crypt / The Schizophonics

Louder Than War’s Steve John banishes the winter chills with two supersonic sets from The Schizophonics and Rocket From The Crypt.

On the coldest day for years with conditions which looked better from out of the train window, we needed a fire to congregate around. Thankfully, Rocket From The Crypt were on the last leg of their journey – the final date of the tour. Way back when they were the release from the angst of Nirvana or a missing Manic, and as real and even vicariously thrilling as that was, Rocket Fom The Crypt were the guaranteed good time alternative.

They had a game show wheel thing to decide the set list and a Rocket From The Crypt tattoo got you in free. Luckily, this was before they became the straightest badge in the world, as Rocket From The Crypt would have been the world’s only poor stadium band. On A Rope got them on Top of the Pops and a giant mudslide down the middle of the crowd at a rain soaked Glastonbury was employed to beat the UK weather. 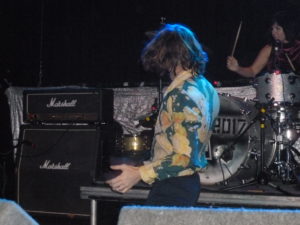 As a rule I am holed up in the VIP lounge taking drugs and debating drum sounds when the guest artist is on, but with a name like the Schizophonics, this was a band that was only going to mean one thing. While drawing from the same well as their fellow San Diego headliners, their readiness to testify has a more limited range. But in the human dynamo that is guitarist Pat Beers, they have the sort of concentrated creativity in unfeasibly tight strides that makes for some spectacle. If I said I hadn’t seen anyone put as much effort into a performance for a while, I would almost be doing him a disservice. He seems to be working his way through a James Brown work out video while holding down the barrage of songs, like recent single In Mono. 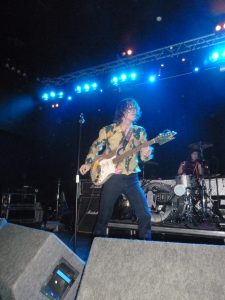 To follow that you have to be pretty confident you can deliver. Band leader Jon Reis, or Speedo in his Crypt incarnation, has a serious track record and while Drive Like Jehu were more inventive and the soon to return Hot Snakes more intense, Rocket From The Crypt always brought the show. As a front man he has it to spare and knows it. The crowd chant his name and this “martyr for rock ‘n’ roll” reminds us all over again of the transformative power of music and self-expression. If you want to walk the streets naked, do it, but maybe not tonight. Initially, he has enough trouble getting people to part with their coats until a pair of pants were held aloft by the end.

Humour and timing mean the sermons just about avoid overstaying their welcome, before he baptises his guitar with spit and tears into another song. Early on, the soul revue element got lost as the sax disappeared in the mix and the trumpet had been misplaced altogether but the guitar overdrive of Don’t Darlene compensated big style. The band were either joined on stage for the double whammy of I’m Not Invisible and Straight American Slave by the child of a band friend for a bucket-list-spell-on-guitar or a roadie called Dave. Born in ’69 and its “you only kick half an ass” accusation saw the power of the Saints with a little bit of Showaddywaddy thrown in to give both cheeks a bloody good leathering.

The encore revealed that for visual comedy it is best to engage in a protracted bout of pushing and shoving in the middle of a crowd busy with the call and response of a stomping When in Rome. Whilst obviously not condoning violence the sight of two hipsters fighting over a cardigan while the crowd around them “do the jerk” did add a curious aspect to the end of the night. As I said it was cold but this seemed excessive until a Speedo interrogation revealed it was a dispute about tastes in knitwear. 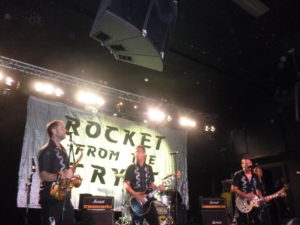 For some reason being entertaining is often dismissed or deemed a bit vulgar by the indie hardcore, but they are welcome to their next soundscape while I grin inanely from ear to ear. Why would you want to watch a band perfectly reproduce their album, while looking like they were doing you a favour? Other bands took the template and made the politics more overt, and some thought it was enough to buy the shirts, but tonight showed why the Rocket From The Crypt experience will never go past its sell by date. It’s an A+ in Arson Class again.

More information about Rocket From The Crypt here.

More information about The Schizophonics here.

More writing from Steve John can be found at his Louder Than War archive.