Home Music Bands Rockaway Beach: the Festival for people who don’t like Festivals (with mud,... 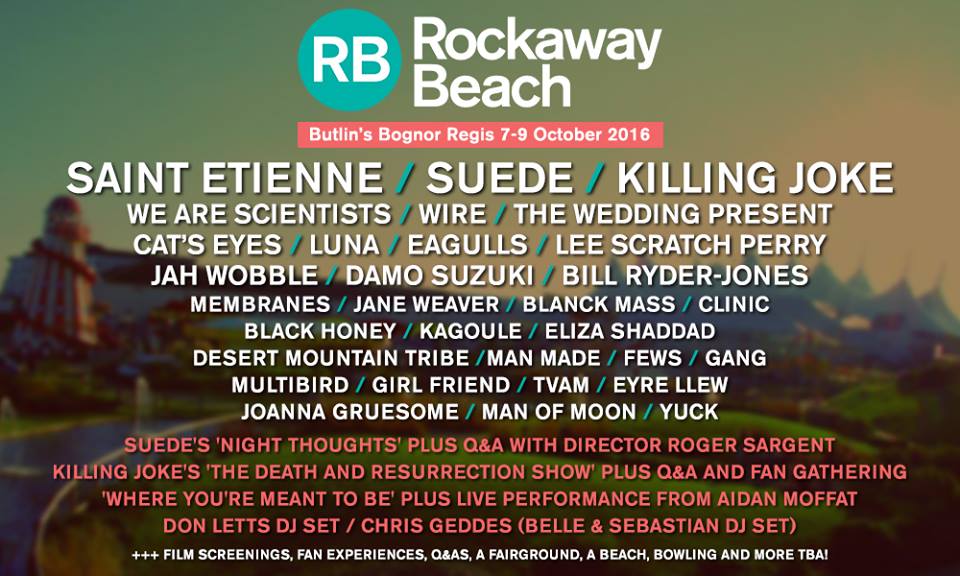 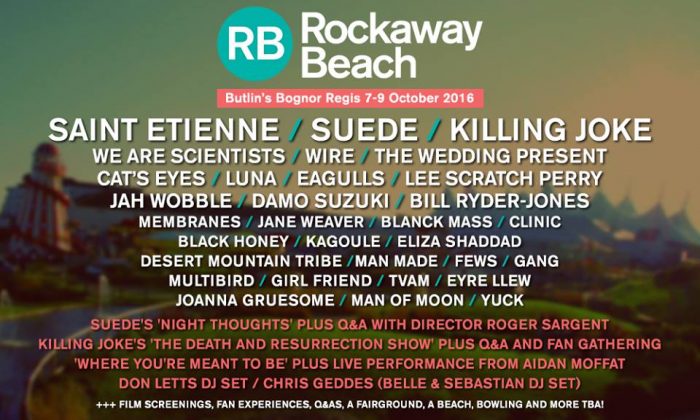 They call it “A Boutique Indoor Music Festival” – which is a poncey way of saying, Look – this is England – it rains, gets muddy, lets be civilized, lets stay clean, lets sleep in a bed.  Now that’s my kind of festival.

So, when and where is it ?   a bit of a way off yet, but selling fast,  the 7 – 9 October 2016  at Butlin’s, Bognor Regis, West Sussex (on the South Coast between Portsmouth and Brighton)

They say “Following the overwhelmingly positive response to year one, we are delighted to announce the second edition of Rockaway Beach – a boutique indoor music festival held over three days. Truly unique, this exciting UK festival focuses only on the best emerging, breakthrough and established alternative artists”  and when they say that, they actually mean it.  This isn’t a something for everyone festival. It’s not about the ‘experience and the vibe maan’, it’s about a whole load of great music, and all-mod-cons accommodation-wise.

Two of the headliners aren’t exactly young guns but are both are at artistic peaks and are guaranteed to give majestic performances.

Killing Joke -need no introduction. One of Louder Than Wars Most Featured bands. (Jaz Coleman broke wind once and we reviewed it as ‘ a dark, malevolent, symphonic masterpiece’. )

Suede have never been on better form, even if Brett does resemble Richard Madeleys kid-brothers’ stunt double.

Saint Etienne, I have to admit I’ve never been a massive fan of, but they are deserving of their place atop the bill and I’m looking forward to seeing thinking-indie-boys crumpet Sarah Cracknell live.  (Usual ‘sexist git’ abuse in Comments please)

There are plenty of experimental genius/lunatics like  Lee Perry, Jah Wobble and Damo Suzuki  and new strange – not-quite-mainstream-indie-alternative hopefuls like Eagulls,  Black Honey, Jane Weaver and Yuck.  In between are cult heroes like Luna, We Are Scientists and another band who’s latest is their definitive piece of work, the Wedding Present. And the godlike Wire are there.

The stylish and hip Cats Eyes and the bosses intense and magnificent Membranes.  The much acclaimed Jane Weaver,  Kagoule and a load of names I’m not familiar with but look to be interesting stuff; Blanck Mass,  Eliza Shaddad,  Desert Mountain Tribe,  Gang ,  Man Made,  TVAM,  Multibird,  FEWS, Girl Friend, CLINIC,  Joanna Gruesome and  Eyre Llew.

Attendees are also promised the following;

The Butlin’s resort opens at 12pm on Friday 7th October to Rockaway festival-goers. The festival starts at 7pm on Friday and runs through until 2am on the Monday morning. Music runs until 2am on Friday night and Saturday night. Check out is at 10am on Monday 10th October.

With pool parties, a silent cinema, a silent disco and late night DJ sets, there’s plenty fun to be had between bands to keep the Rockaway party going (or distract you from your hangover!).

Butlin’s Resort in Bognor Regis, West Sussex, is an enormous entertainment complex overlooking a beach in a beautiful part of the world. The festival venue has all the laughs you would expect from a resort including a giant water park, funfairs, dodgems, arcades, bars and a cinema all of which are open to fun-loving festival-goers. Whether you need a quick bite to refuel or a heartier meal, you’ll find something to suit all tastes at the various onsite dining options. Each of the main stages has superb bar facilities and there are also various pubs and sports bars on site.

Check out the Butlin’s Bognor Regis website for more information on site facilities.

Well, if I haven’t convinced you, then at least I’ve talked myself into it.  A mud, rain, tent and shite-music-free festival.    Smart casual, no dickheads.  (that’s not their rule its mine!)

Check out the accommodation

Book tickets from £99 per person from here