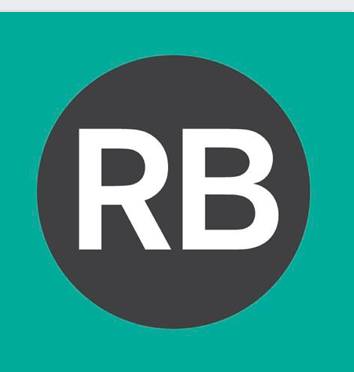 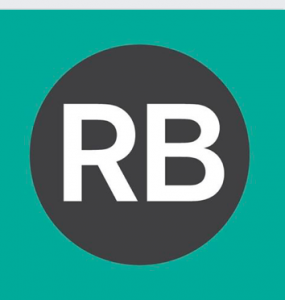 Two weeks into the new year and the festival season has started already.

In a stroke of daring Rockaway Beach has shifted its Festival time from October to January and away from the ever more congested festival season.

Blowing away the Xmas blues – the fuzzy and dead time of year that most sane people hate as much as eating the poor Turkeys splayed out on their plates, Rockaway beach is an adrenaline rush of excitement Ina month that is often a thousand shades of grey.

It helps if its held in the smartest Berlin’s in the UK with its own chalets and nifty art deco hotel and ballrooms with great sound systems. Butlins is perfect for this kind of shindig. What would have once been considered as laughable is actually perfect. Far better being in a chalet than a sodding tent in a muddy middle England July field.

Tents are not rock n roll.

Elvis never slept in a tent.

And with William Blake’s house fittingly next door to Butlins there is a real precedent for the cutting edge poetic mysticism by the seaside – a tradition that Rockaway Beach is tapping into.

Taking the ATP model that they once hosted, Rockaway Beach is Butlins themselves now at the controls. They have forged forward with their own vision, that combines the indie classic with up and coming bands. It’s a great and varied bill with lots of true adventures like Snapped Ankles whose furry outfits and love of Nordic forest lore give their bass driven, dirtiest of dirty disco sets a thrilling and fantastically lunatic edge. The band, that formed in the London warehouse scene of maverick artists clinging like limpets onto the fast-rising, expensive capital city culture, have been creating their own soundtrack out of homemade synths and lumps of wood. Somehow it now makes supreme aural sense and the band create the most perfect off-kilter party and get a great reaction that sees them sell nearly all their frankly pretty kooky merch and treasured vinyl.

Desperate Journalist are a perfect band for this festival with their youthful take on old-school post-punk. There are echoes of the Smiths, The Cure and all those crossover bands from the post-punk wars, the kind of bands that combined their underground edge with a dark melodic nous and made a new kind of pop music out of it. Desperate Journalist do the bass-driven thing perfectly deliver the songs with the most amazing crystalline vocal that soars and soars and sees the band’s thrilling emotional pop really stoke a chord.

Eyre Llew are from Nottingham and deal a sonorous, moodswing, ambient that is clouds of dark guitar noise and rumbling soundtrack drums. It’s powerful and arresting and fills the room with billowing clouds of melancholic beauty.

Headlining, Peter Hook and the Light are in triumphant form.

With a back catalogue like this it’s always going to bring the house down but in the wrong hands, this could easily be car crash. Joy Division are one of the most holy of holiest bands and these songs really meant so much in their time zone that no-one wants to see a herd of wildebeest stamp all over them and trample their beauty to death. What Peter Hook does and, this is far away from his gruff exterior, is deal the songs out with a real sensitivity and care. Of course he understands the key to their fragrant beauty and driving thunder – after all, he wrote the achingly beautiful bass lines that changed the sound of music at the time and were the backbone to their muse.

Stepping up to the mic he has really found his voice and his singing is a real high point in the set that is one half Joy Division and one half New Order’s greatest hits. It’s a masterclass in bass playing with Hook and his son sharing four-string duties whilst guitarist Pottsy is a damn fine player adding the subtle touches and rhythmic chatter that was so key to the most loved of all back catalogues. The set is a genuine triumph and the climax of Love Will Tear Us Apart has never sounded so anthemic.

Alabama 3 deal out their gonzoid, blues rock shackled to the 4/4 throb of post-acid house and it’s this blues-rock chassis that has served them well for decades and makes them real festival staples as they always get the floor dancing to their gonzoid filth and their triple vocal attack sees plenty of space for bug-eyed singalongs whilst their preacher man schtick brings a guffaw to the audience.

Friday headliners, The Orb somehow make sense of being festival headliners despite dealing out sound collages and a hyper-psyche light show. On paper these sonic adventurers should never work in this kind of environment but they remember to bring the groove in the form of Youth’s massive rumbling dub bass lines that are easy to dance to whilst still creating a lot of bass end Syd space for Roger Eno (brother of….) and Alex Pattison to paint their shards and fragments of sound sculptures over the top. Not only a real trip but a warm and enveloping rumble of bass heavy goodness.

British Sea Power’s foliage drenched set is full of very English twist and turns of emotion and sparse dynamics as the curious curio of the band blend their wistful tunes with a twitcher melancholy. Classic melodies ooze from the six-piece and their wanton wild intelligence is reigned in just enough to let the songs really breathe. There are moments of sheer beauty in the sound with the drones of the violin mashing with the clipped guitars and driving bass.

Fellow Kendal band, Wild Beasts play their last headline festival set before their agreed retirement or conscious uncoupling. It’s a measure of the new thinking of the band that they have somehow agreed that they have made their musical statement and those five albums must remain untarnished by diminishing returns and the only way to protect their music and lyrical brilliance is to draw a line underneath it. It’s one of the toughest calls for any creative – pulling on the breaks just as the whole damn thing is really taking off so maximum respect to Wild Beasts for daring to do this whilst also wondering if the band still actually had creatively fulfilled their muse with other angles remaining for them to potentially explore. Their set is poignant and perfectly poised with much-loved songs of real depth slither and sloping their way around complex rhythms and clever melodies.

Curiously the Horrors have become veterans, five albums in and the band have flipped from being the polka dot, garage rumble, droogs of yore to astute and controlled deliveries of dark indie anthems. They are truly magnificent tonight – a severely underrated band in terms of the mainstream but a well-oiled machine that twists and turns the melancholia into perfect new shapes with throbbing pieces that capture the spectral moods of shadowy darkness. Don’t get me wrong the band are doing well – top ten albums and assured high on the bill festival sets like this but they should be embraced by the big world instead of being shadowy big cults.

I can still clearly remembered those early gigs of neurotic rumble and the coolest looking band of the times – a skinny hip take on bargain bin goth from a time when that term was dead in the water. From these little gothic acorns, a mighty band have grown and this set at Rockaway beach is a triumph in dynamics and control.

Gang Of Four may be the gang of one now but Andy Gill is not going to let go of his creation that easily. The young dudes in the band are drilled into a military unit and the pounding heavy funk punk that they pioneered back in the fierce post-punk debate is still delivered with the sharp and angular tension that they patented back in time and created one of the great escape routes from the punk wars. Gill himself is still zigzagging across the stage – one part Wilko and one part Jimi Hendrix and a million parts himself. He is a unique player and it’s great that he still has the discipline to maintain the band to showcase his brittle and jarred guitar shrapnel.

Pulled Apart By Horses are an exercise in controlled chaos – the kind of dynamic that guitar noise was invented for. There is something of the smoldering incendiary about to explode of early Nirvana about them – the guitar grind and the vocals rasp as they teeter on the edge of the void and always pull it back caught up and wrapped up in the thrilling see-saw of energy and wild riffs.

Outside the venue the seagulls strut – astonishingly beautiful creatures with their bleached-white feathers and wild staring eyes. They peer at the punters who are huddled up in the cold as they run from venue to venue, laughing at the sheer joy of their much-loved festival. Rockaway Beach is not playing by the rules and is inventing its own narrative and with a very friendly crowd and very enthusiastic promoters in a couple of years it will be one of the key events on the circuit.

The seagulls – a mixture of Kittiwake’s and herring gulls with the odd Funny Tern know that and smirk with those odd head nods before cackling their mirthless cries as they soar away on the blustery wind.