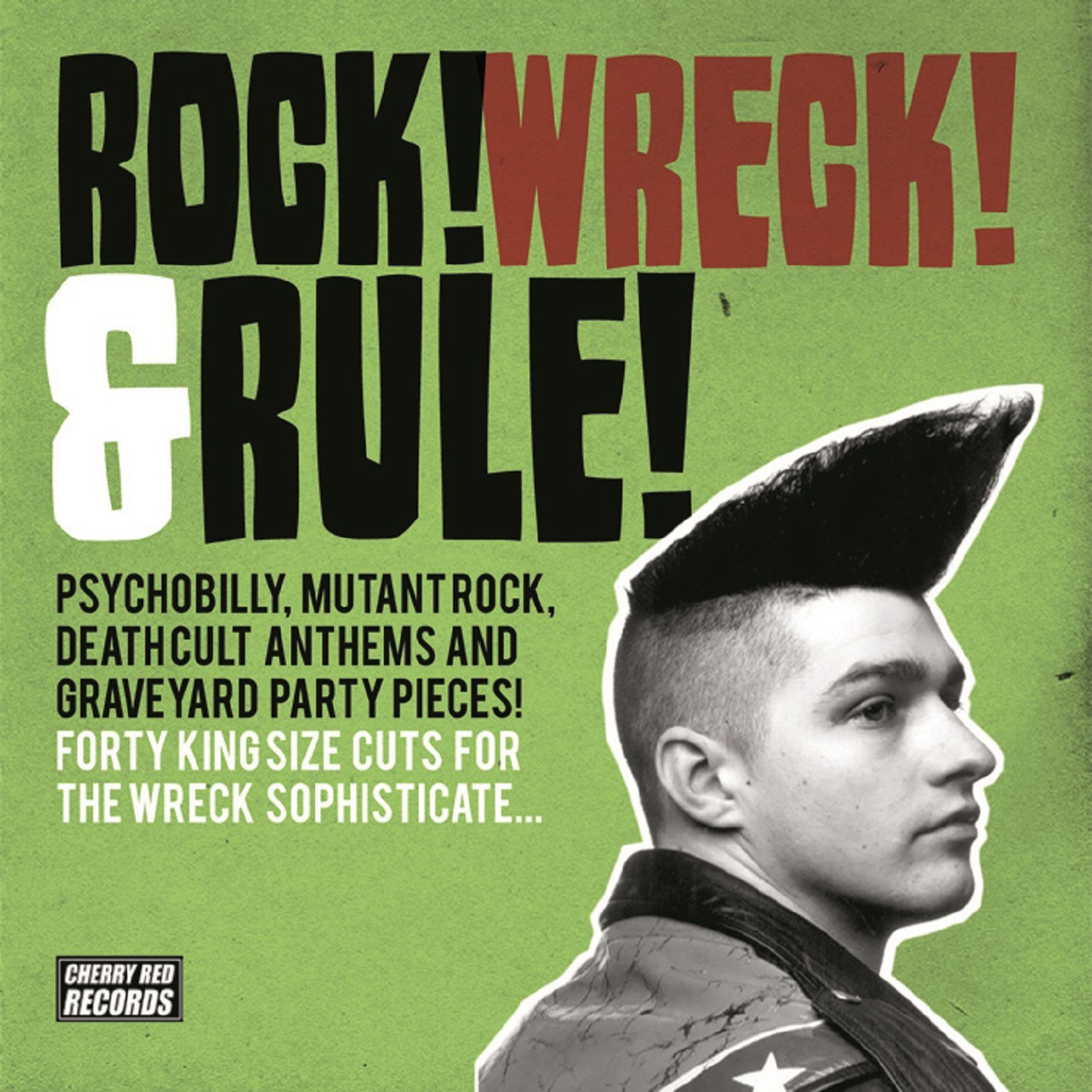 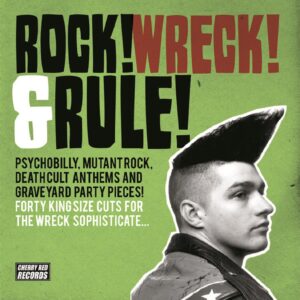 A mighty impressive 40track Dbl CD compilation that ropes in some of the finest outfits across all sub-genres from straight Psycho rockin’ tracks to twisted Neorockabilly; with contributions from early era mainstays including the Guana Batz, Meteors, Frenzy and Restless right through to more recent psycho talent and hard to find gems. Album compiler Craig Brackenridge, author of ‘Hells Bent On Rockin’ and ‘Lets Wreck’ has mined the extensive catalogues of Raucous Records, Nervous Records, Link and Anagram Records, his efforts are to be applauded as he has exhumed some absolute nuggets…

Opening, appropriately with The Meteors, and their cover of The Stranglers ‘Go Buddy Go’, this was initially released on the ‘’Don’t Touch The Bang Bang Fruit’ album way back in 1987; somewhat surprisingly John Peel picked up the track resulting in it being rush released as a single subsequently reaching #15 in the Indie Chart and propelling Fenech’s crew into the psyche of the Men In Black followers; this track effortlessly demonstrates P Paul Fenech’ innate understanding of rock n’ roll – as distinctive as it is, The Meteors were still capable of transforming it into their own…with ‘Holy Hack Jack’ Demented Are Go dispel the naysayers who are more than happy to dismiss the band due to their distinctive zombie corpse visuals; I was particularly pleased to hear The Batfinks ‘Gonna Kill My Baby’ – not an advert for domestic bliss, but it’s a long time since I heard this track which appeared on their solitary album ‘Wazzed N’ Blasted (Day Of The Mushroom)’ via Link Records in 1989; the Batfinks briefly brought a very welcome much more punk infused edge to the late 80’s rockabilly scene, surely it’s time for a ‘Wazzed N’ Blasted’ reissue? 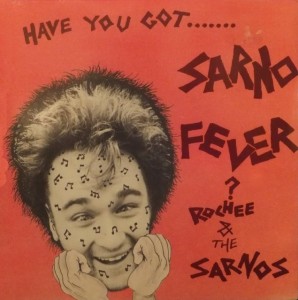 No psychobilly compilation would be complete without entries from Guana Batz – I used to follow the Batz around the UK preferring their sound and attitude to say that of the (as then) Meteors; ‘King Rat’ was the bands anthem, igniting the crowd into a frenzy of slam dancing chickens, that slap bass, the whoops and hollers of Pip fuelling the rockin’ mayhem; whilst The Frantic Flintstones deliver ‘The Lunatics Are Raving’ a more traditional rockabilly vibe that allowed vocalist Chuck Flintstone to show that he could deliver a fine vocal, this continued across the full ‘Ravin’ With The Lunatics’ album initially put out on the Nervous label in 1993. The Go-Katz ‘Nightmare’ is an example of just how diverse the entire psychobilly scene remains, a mournful lament built around a looping bass riff, though that pales before The Coffin Nails ‘Penetration’ the perfect soundtrack to a necrophilic B-Movie, the inclusion of Rochee & The Sarnos cover of ‘Sarno Fever’ makes this album a definite purchase for this one track alone; now a highly collectable EP, initially put out by Kay-Y Records back in 1983; ‘Radium Cats’ from Pink Hearse features some neat guitar picking and is entirely consistent with the UK early 90’s psychobilly scene… 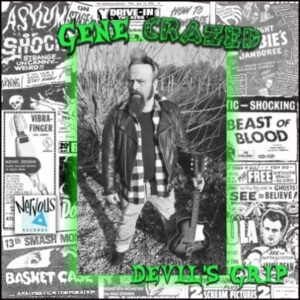 CD 2 offers up more from The Meteors, Guana Batz, Demented Are Go, very welcome inclusions from the likes of Stage Frite ‘Black Magic’ and the bizarrely monikered Sugar Puff Demons ‘Dance With The Dead’ reminding us why their sole album ‘Falling From Grace’ secured its place in the necrobilly tomb, the inclusion of The Termites ‘Home Sweet Home’ shows just how much care went into this compilation – this is now impossible to find, even when it first appeared on the bands debut EP for the Raucous label it was only pressed up in a run of 1000 copies; were The Termites Scotland’s only psychobilly band? P Paul Fenech solo output gets a mention courtesy of the twisted ‘Daddy’s Hammer’, nothing particularly different from The Meteors output, it’s just got a more country source – overall its exactly what this compilation does, shows that psychobilly draws influence from the blues, country, bluegrass right through to punk and beyond – many of the tracks included could have been recorded in the mid 50’s, the late 80’s or yesterday, which is where Gene Crazed ‘Blue Night’ arrives, apparently he’s Italian, he struggles with his sanity and this is lifted from his debut album ‘Devils Grip’, anyone remember those ‘Desperate Rock N’ Roll’ compilations or the ‘Born Bad’ bootlegs?, this warped lo-fi assault of the senses could easily have been committed to wax in 1956, apparently it came out in 2014; demented genius!!

Rockabilly, psychobilly, necrobilly; call it what you will, it endures, as it remains true to its heart whilst reflecting the times surrounding it.

A genuinely essential compilation album of some rare recordings, some obscure stompers and some current classics all unearthed from the European rockin’ underground – A must for both the newcomer and the long standing psychobilly connoisseur.