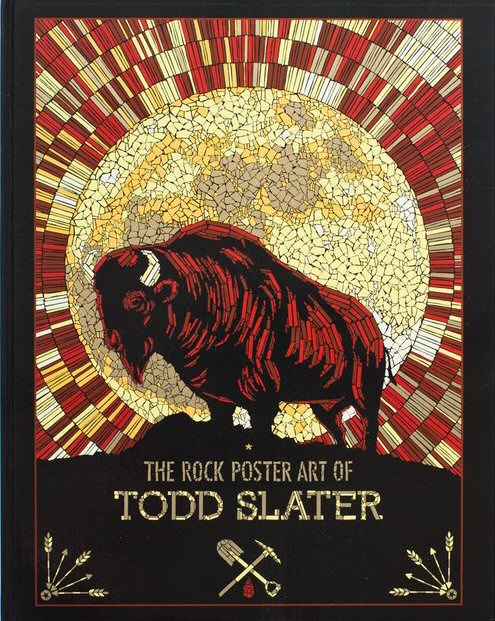 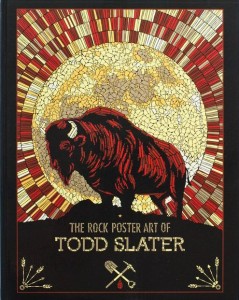 Jamie Havlin takes a look at the first book dedicated to the work of one of the world’s finest rock poster artists, Todd Slater.

If you don’t recognise the name Todd Slater, it’s still very possible that you have seen at least some examples of the posters that he’s designed for concerts by some of the world’s most high profile acts such as The Arctic Monkeys, Radiohead, The White Stripes, Foo Fighters and Franz Ferdinand.

Austin based Slater doesn’t just churn out images for as many shows as he can manage. Each print is clearly the result of much painstaking thought and craftsmanship and he is not someone you would commission if you want a photo of the band and the concert details in a big, eye catching font that requires only a single glance to take everything in. He has no set style but instead his work is more about feel. The details of who, where and when are all there but these are never the focus of his posters and the less they resemble a standard advertisement the better as far as he’s concerned. In fact, you could easily argue that many of his posters are every bit as much fine art prints as concert adverts.

Unusually too, his illustrations often depict an image which viewers might struggle to identify with the act being promoted, albeit there will likely be some connection in Slater’s mind anyway.

Occasionally, though, the actual acts are depicted. There’s a fetching print of Cat Power with Bowie-esque dual coloured eyes that reminds me of an early Warhol print but with a Space Oddity Bowie in a blue spacesuit hovering in the background. I have no idea why Bowie is represented but it looks fantastic. There’s also a Horses cover feauring Patti Smith in black but coloured with old school typewriter keys in various shades and in another highly inventive poster, the face of Elvis Costello is cleverly delineated using the letters of his name.

More often though, a range of animals are used: bisons, bats, elephants, owls, panthers and peacocks to name only a fraction of them. Trees are another recurring motif and if you’re wondering about influences, I would throw in the Art Nouveau designs of Alphonse Mucha and the psychedelic designs of Stanley Mouse and Victor Moscoso, which he combines with the modern edge of The Ames Bros and a little of the playfulness of Barney Bubbles. 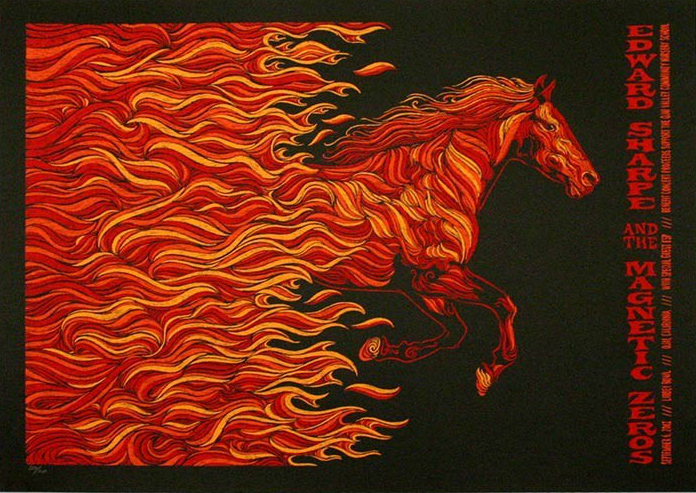 As fellow poster designer Rob Jones observes in the book: ‘There is a lot going on through his artwork but nothing goes to waste. His artwork is intricate but also very bold. No stroke is wasted in pushing his narrative forward.’

This is a stunningly presented book, I’m not sure if it will ever be available as an e-book but if you are a Slater or rock poster fan, you really will want the luxurious hardback edition. The artist, who has in the past worked in a screen printing shop in Texas, went through every image and recoloured them layer by layer for CMYK (cyan, magenta, yellow, and key/black) printing until he was entirely satisfied with their colour and sharpness and the resulting images look perfect.

In fact, I realise I probably shouldn’t do this but I am tempted to take some scissors to the book and cut out and frame some of my favourite poster reproductions.