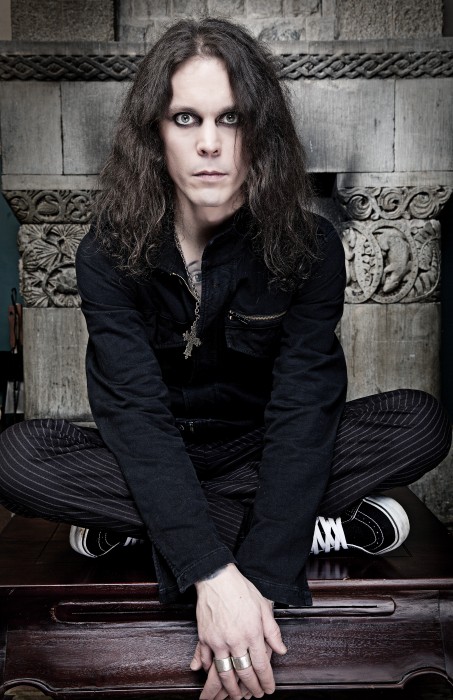 Gothic rocker return for a one off show in the UK.

HIM have become iconic in their time in music.With a career that spans almost 25 years, the Finnish love metal band have touched the souls of many a fan through their heart breaking lyrics and catchy riffs. Now they’re playing their only show this year in Nottingham to help Rock City celebrate their 35th anniversary. It’s not a surprise that the venue is sold out with diehard fans all wearing Ville Valo’s iconic heartagram symbol.

After spending hours queuing up outside, they’re all rearing to go when EMP!RE take to the stage. The powerful vocals of Joe Green are something to be admired. The band are catchy, powerful and heavy. Keep an eye out for them in 2016.The crowd scream as HIM begin their set with ‘Buried Alive By Love’. HIM play perfectly, they’re energetic, engaging and look like they’re enjoying every minute on stage.

Much to the excitement of those at the gig, the band play an array of greatest hits. Singing tracks such as ‘Killing Loneliness’, ‘Wings of a Butterfly’ and the famous cover of ‘Wicked Game’. In fact, fans got so excited that Ville actually stopped singing half way through a rendition of ‘When Love and Death Embrace’ to break up a fight in the audience. Despite this hiccup, the overall vibe of the show is positive. For most people in the room, HIM have been a massive impact on their lives and it’s great to see almost every set of arms in the room raised as people sing along to their favourite tracks.

Just when you think it can’t get any better, the band finish on a surprising yet brilliant cover of Rebel Yell, which is executed absolutely perfectly. It not hard to see why HIM have had such a successful career. Like many fans, I hope to see more UK dates next year.