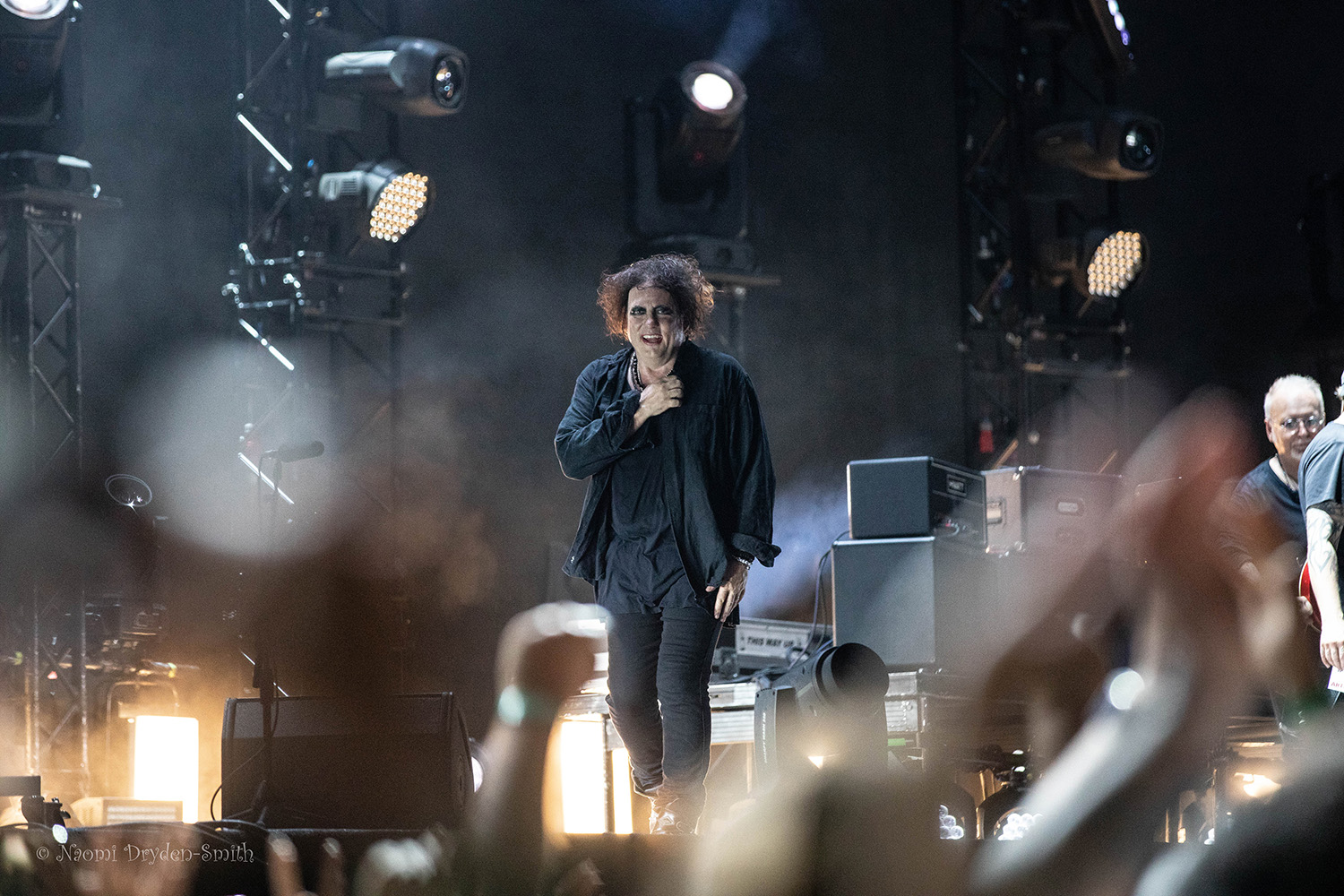 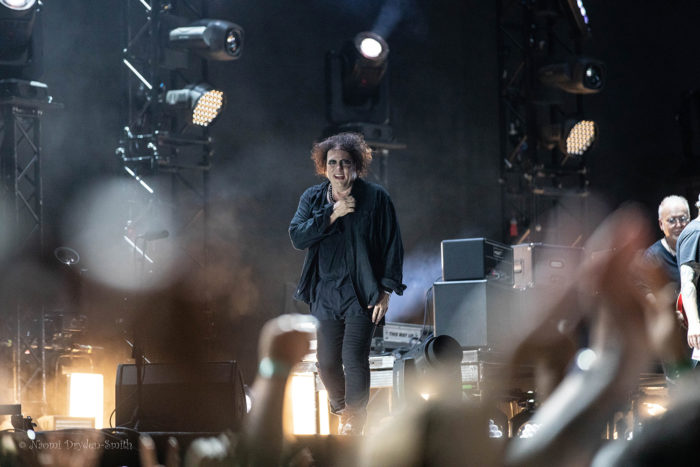 We ventured to the beautiful city of Bucharest, to take in its special blend of 19th century domes v Stalinist bloc architecture, sample some Romanian beers and witness Rock The City in full Cure glory.

Having come to Bucharest primarily for The Cure, it’s a bonus to catch Irish post-punk rockers God Is An Astronaut, and Editors who barely need an introduction. Fronted by twins Niels and Torsten Kinsella, God Is An Astronaut’s sound is epic instrumental rock that puts in mind Tangerine Dream and The Cure themselves. There is stunning depth of emotion in their creations – some have been written in periods of immense grief after family losses – the result is a wall of sound that insists on breaking your heart. Stand outs are Forever Lost and Helios | Erebus. Wonderful stuff. 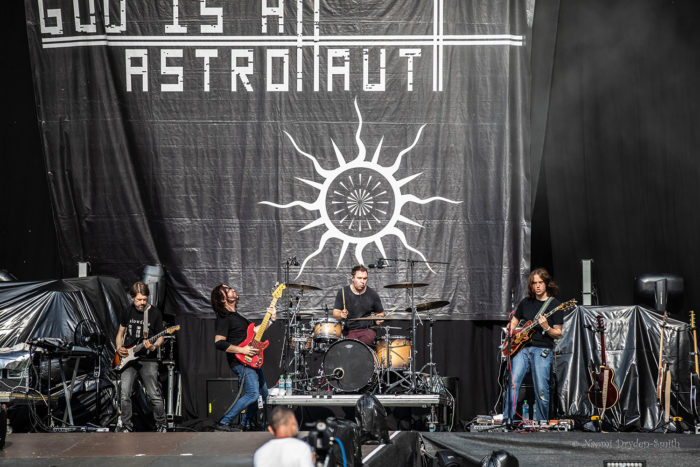 Editors also pull out all stops tonight, one of their strongest performances – Tom Smith once again running himself ragged, vying for title of most compelling frontman (helped by the best twitches of Tim Booth and Michael Stype). It’s a decent festival set, all the good tracks are there: Papillon, Munich, An End Has A Start, and the band sound great, more than ably warming the crowd up for the main event. 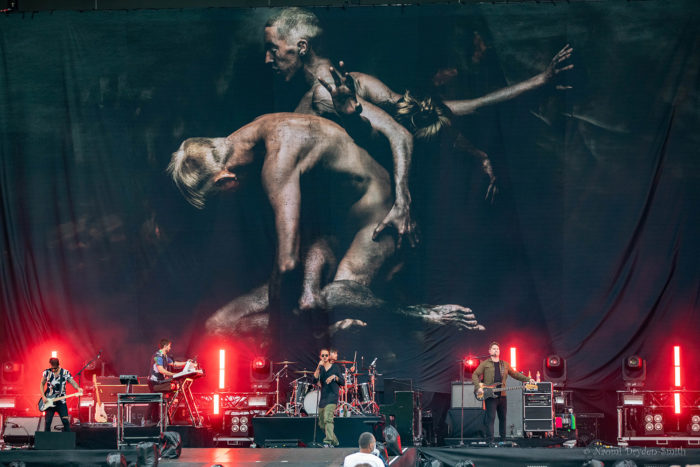 It’s fair to say that The Cure are on quite a roll at the moment. There have been four significant Cure-events this year which have brought tears of varying kinds to the eyes of dedicated Cure fans everywhere – (1) the generous live-streaming of the sublime 40th anniversary Disintegration show from the Sydney Opera House (our hearts filled at the sight of Robert Smith’s face projected onto those famous sails, followed by our eyes at the sight of him tearful at the end); (2) the subtle and masterful Glasto-domination (see our review); (3) the simultaneous worldwide cinema-broadcast of Tim Pope’s beautifully shot film of last year’s Hyde Park show; and (4) Smith upstaging his own Rock N Roll Hall of Fame ceremony with that incredible interview, which went viral within seconds, firmly wedging him in our hearts as an ultimate British icon (if you haven’t seen it, it’s here). The gifts keep coming with the current Festival tour, where they are performing at the top of their game night after night in city after city.

Bucharest is no exception. Bouncing their sound off the Palace of the Parliament directly behind the audience – the second largest building in the world, it’s hard to think of a more unpalatable example of communist domination and sheer ego – The Cure are unfazed by their surroundings. Smith’s performance seamlessly oscillates from angst-ridden to plaintive to playful, even taking on the ramp left by Bon Jovi the night before to venture closer, putting the crowd into raptures. In usual style he says little, other than “multumesc”, apologising with his unique charm for this being his only Romanian word after all these years. 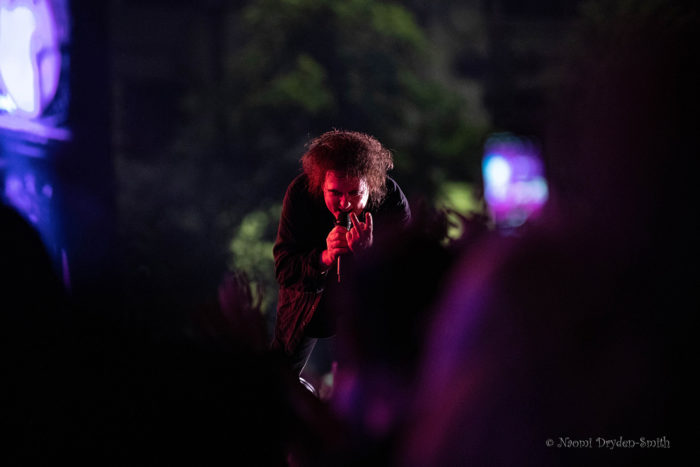 Music-wise it’s a very similar set as for the other Festivals. Given The Cure are renowned for varying their setlists this will be mildly disappointing for intrepid (and presumably now skint) fans following their trail but as festival sets go it’s a decent one, with enough hits to keep everyone happy. It’s the set that starts with Plainsong, always a stunner of an opener. The band sound better than ever (or maybe we just always think that) – Simon Gallup’s trade mark baselines providing a throbbing backbone while he leaps around completely out of time; Reeves Gabrels calm and confident, supportive and occasionally sneaking into the foreground with his own touches, such as Lovesong; Roger O’Donnell’s keyboards magnificent on Plainsong, albeit sometimes edging into over-flourished, hair over-swooshed; and Jason Cooper, who had big boots to fill when he took over from Boris Williams, but who’s proving his talent over and over – his drumming on Burn has evolved into something exceptional.

The night ends with an ecstatic Boys Don’t Cry, and Smith once again seems completely overwhelmed, hand over his mouth and eyes shining – instantly contradicting his own statement.

There are a few dates left, catch them if you can: