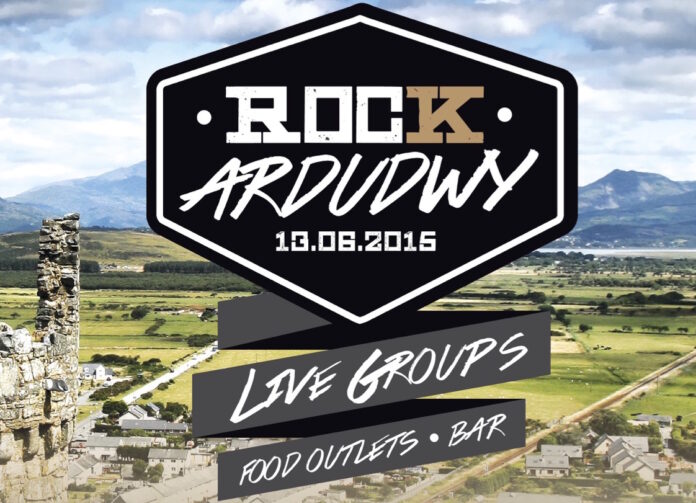 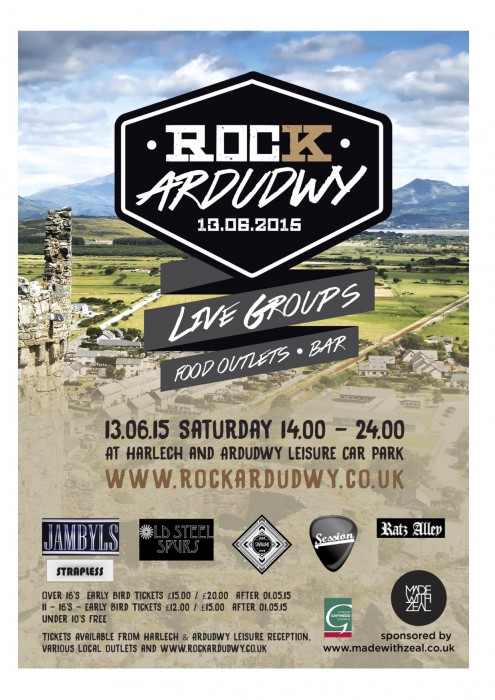 Rock Ardudwy is a brand new one day music festival set in the confines of the Snowdonia National  Park (visitors to Festival no. 6 will know how glorious this part of the world is) and now just ten days away. The line-up is championing local Welsh bands largely from the rock and blues genres. Full details below.

A small scale festival which probably won’t be challenging other Welsh festivals such as Sŵn and Focus Wales any time soon, Rock Ardudwy is a totally not for profit, volunteer run community rock and blues festival run to raise funds for the Harlech & Ardudwy Leisure Centre, in whose grounds the festival will be taking place.

The leisure centre’s future is, for the second time in its history, in the balance. Firstly they lost funding from The Lottery and now their current lifeblood, council funding, is due to finish in 2016. Hence the citizens of Harlech & Ardudwy are having to step up and try to raise funds for it themselves with Rock Ardudwy being just one of many fund raising plans already in motion. From the horses mouth…

“If the Centre is to remain open, we need to raise around £30,000 annually & if the festival was an annual event it would raise a substantial amount towards this target.”

And so to the music. The Batilla Bermo Street Band will be opening the Festival. They’ll be followed by an afternoon of acoustic & blues bands before the rock bands take over, playing late into the evening with a 12 midnight finish.

The lineup (not necessarily in order of appearance)…

Harlech & Ardudwy Leisure Centre can be found at Beach Rd, Harlech, Gwynedd LL46 2UG. Tickets are a modest £20 each for adults or £15 of 11-16yrs. 10yrs & under free. There will also be a small number of VIP tickets @ £35. Tickets can be bought on the day or, for those living in the area, from any of these shops:

More about the festival can be found online here: rockardudwy.co.uk.