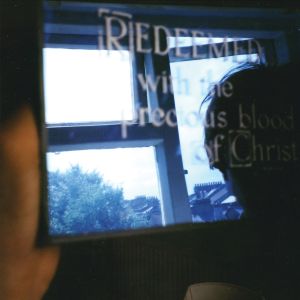 Brixton trio ROC seemed to disappear into the ether once they were dropped by Virgin in the late 90s, but truthfully I was never able to find out all that much about them in the first place. These were the days of dial up; when household internet was in its infancy, when “Pluggie” tempted me into the sterile showroom of the now long since liquidated Circuit City and I was lucky enough to find a copy of ROC, one of my greatest ever impulse buys. Sure, the album won critical esteem and a place on a few artist year end polls, but the only thing I think I ever read about them was a bit of idle speculation over their band name acronym, which was rumored to stand for “Reincarnation of Christ”. So without knowing for certain whether to expect pure legendary egotism or the nonsensical ranting of some far-gone fanatical cult, I took a chance, and boy, was I glad I did.

ROC is like a Robert Altman ensemble piece. It is a delicate balance of black humor and pathos, interlaced with a richly personal narrative that is so organic and inventive it almost all seems improvised. The album’s genre hopping 15 songs bring the listener on an always unexpected episodic journey, from the diary-like coming of age monologue of Thirteen Summers to the haunting Asencion, which uses a brain trauma PVS diagnosis as a backing track. Opener Desert Wind takes you window gazing as a train rattles through remote, dusty towns while Karen Sheridan’s pretty, lonesome murmur floats dreamily atop a silky haze of slide guitar and a few well-placed desolate harmonica whines. This tranquility is abruptly shattered by the angry, distorted throb of the Fred Browning led Excised, with its funk-slap bass groove and TV evangelist samples entwined with peevishly bellowed lyrics about looking for cocaine. It’s a track so full of spleen that the listener may even need an umbrella because you can almost feel Browning’s spit slapping you full in the face during each verse.

There are religious overtones scattered throughout ROC, like the aforementioned Excised, the ambient soap opera of God Willing, and a version of the tongue-in-cheek traditional folk classic Plastic Jesus (not to mention the text ‘redeemed through the precious blood of Christ’ on the cover photo), but it seems to tackle guilt, redemption, and resurrection as broader, non-exclusive concepts which really should not get any non-believers’ panties in a bunch. It would be like never reading James Joyce because of Stephen’s religious obsession in A Portrait of the Artist as a Young Man, despite the emotional intensity and existential strain of life development being an unfailingly fascinating universal struggle. ROC intimately understands the pain of living and what it means to be human, with all of its crippling doubt, self-loathing and despair, but they also know how to survive it by applying a sharpness of mind and blithely poking fun of its many absurdities and contradictions. Even in Clouds, when Fred Browning sings about someone’s face looking “like a grave defiled” and how he “should have fucked the sister instead of the mother” during a debauched, drug-fueled weekend, there is an airy, effervescent joy in his evil.

For all of ROC’s stylistic twists and turns, its many contrasts are complimentary, and it all hangs together with a strangely compelling fluidity. There are big pop moments like the catchy, brass-accented Dear Nicky and the sassy, bass dominated Hey You Chick, with its summery wah riffs exuding the cool of its traffic-halting heroine, and there are quieter, electronic ambient instrumental head pieces like Balloon and Goldbug.

ROC has been remastered from the original studio tapes and now sounds better than ever. It got the accolades the first time around but hopefully now it will get the audience it deserves as well.