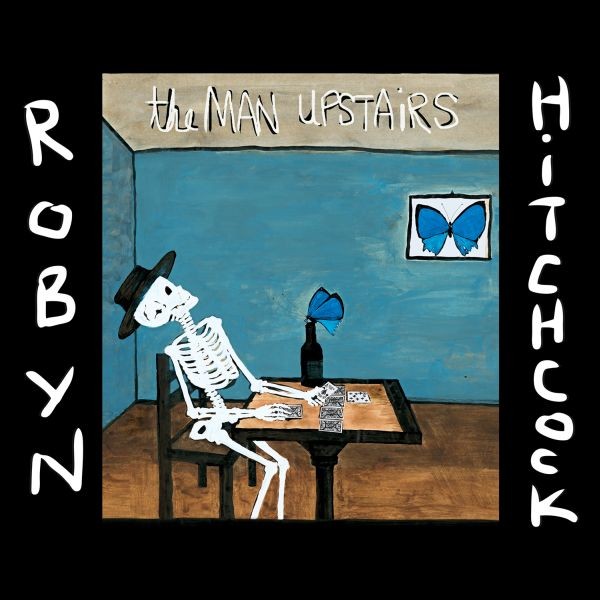 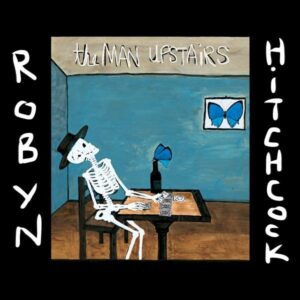 The psychedelic folk master has teamed up with legendary producer Joe Boyd for a marvellous record that is a highlight of Hitchcock’s recent output says Louder Than War’s Paul Margree.

Despite Robyn Hitchcock being a near obsessive fan of Joe Boyd’s seminal productions for Nick Drake, Fairport Convention, Incredible String Band and others, the two didn’t actually meet until 2011 when they put together a two headed musical adaptation of Boyd’s 1970’s memoir, White Bicycles.

At the time, Hitchcock dismissed possibilities of recording an album together. “He said he’d make a record if he could do it in a week, and I’d go along with that,” said Hitchcock in a 2011 interview with The Stool Pigeon magazine. “But it’s never really come up; I think he’s passed through that phase.”

Fast forward to 2014, and guess what? A new Robyn Hitchcock album – his 20th solo record – produced by Joe Boyd, recorded in a week in London in October 2013 and available now for your listening pleasure.

A mix of Hitchcock originals and judiciously chosen covers (apparently Boyd’s suggestion, having a vision of the kind of compendium Elektra used to put out for artists like Judy Collins in the late 60s) it’s a wonderfully airy and mellow record. Boyd has stripped back arrangements to just acoustic guitar, bass, voices and bits and bobs of piano. In doing so, he harks back to his own classic productions of the 1970s, in particular the brace of records Boyd helmed for Nick Drake, Five Leaves Left and Bryter Later, as well as to the starker end or Hitchcock’s own back catalogue.

Boyd’s presence has swept away the damp melancholy of those records, albums such as I Often Dream Of Trains, Eye and Spooked, which always threatened to tip into mouldy introspection, replacing it with a freshness of touch that makes each individual component sparkle.

Listening to the gorgeous arrangement of To Turn You On, its woody acoustic guitar and cello contrasted by silvery darts of piano and Hitchcock’s almost whispered vocal, and you’d never know it was originally a 1982 Roxy Music tune, all dampened Strats, gated reverb and Bryan Ferry warbles.

The less is more aesthetic of The Man Upstairs also brings a consistency to a diverse set of songs that, in other hands, might end up sounding like a dog’s dinner of an album. As well as the Avalon-era Roxy Music tune, Hitchcock covers The Doors’ The Crystal Ship and The Psychedelic Furs’ The Ghost In You, alongside more obscure cuts like old chum Grant Lee Phillips’ Don’t Look Down and the fantastically jaunty Ferries from Norwegian indie-poppets I Was A King.

For his part, Hitchcock gets right under the skin of these songs, drilling down into their cores to bring their fundamental elements into the sunlight. His readings are the opposite to the lifeless buskers strums you hear as another guy with a beard murders a rock classic, becoming a kind of folk-rock griot, taking temporary ownership of these tunes for a short while. Listen to his take on The Crystal Ship to see what I mean.

Among all this are some fragile and heartfelt Hitchcock originals including the minimal strum of Trouble In Your Blood and Comme Toujours. The latter is a particular delight, Hitchcock’s distinctively spidery guitar picking shining brightly amongst a creeping cello line and sun dappled backing vocals from I Was A King’s Anne Lise Frøkedal.

In recent years, Hitchcock’s career has seemed to run along two parallel paths. His recorded output, which acts as a repository for his own compositions, is balanced by live shows that see Hitchcock mining the freak rock canon, covering whole albums like The Beatles’ Revolver or investigating outsider-insider figurer like Captain Beefheart or Syd Barrett.

If Hitchcock occasionally seems to be drawn more to the latter, irked perhaps by the tedious logistics of recording and self promotion, The Man Upstairs shows a way forward, a method of combining his continuing obsession with the formative music of the rock tradition with the songs that just seem to keep coming, even after all these years.

In any case, what he’s ended up with is another great record, up there with late-period classics as last year’s Love From London and 2006’s Spooked. An untrammelled joy.

You can get The Man Upstairs direct from Yep-Roc, here.