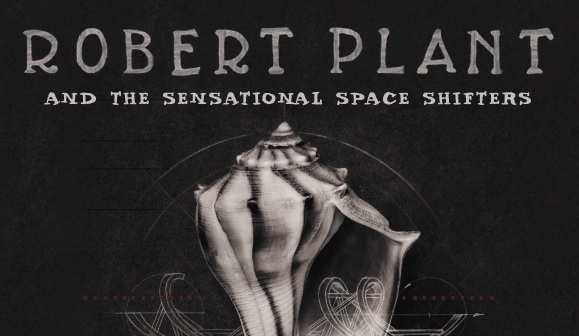 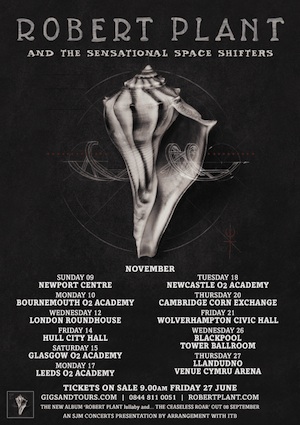 As many people will have been made aware during his weather-defying performance at Glastonbury, Robert Plant is set to release his new album in autumn. He’s coupling the release with a handful of UK shows too – full details of which can be found below.

The new album, ‘Lullaby and…..the Ceaseless Roar’, which Plant has recorded in the UK with his new band, the Sensational Space Shifters, will be released on September 8th on Nonesuch / East West Records.

The album is produced by Robert Plant and features eleven new recordings, nine of which are original songs written by Robert Plant with his band, The Sensational Space Shifters, who are:

“It’s really a celebratory record, powerful, gritty, African, Trance meets Zep. The whole impetus of my life as a singer has been to be driven by a good brotherhood. I am very lucky to work with The Sensational Space Shifters. They come from exciting areas of contemporary music … I have been around a  while and I ask myself, do I have anything to say? Is there a song still inside me? In my heart? I see life and what’s happening to me. Along the trail there are expectations, disappointments, happiness, questions and strong relationships, … and now I’m able to express my feelings through melody, power and trance; together in a kaleidescope of sound, colour and friendship.”

The first single from ‘Lullaby and … the Ceaseless Roar’, Rainbow, is released this summer.