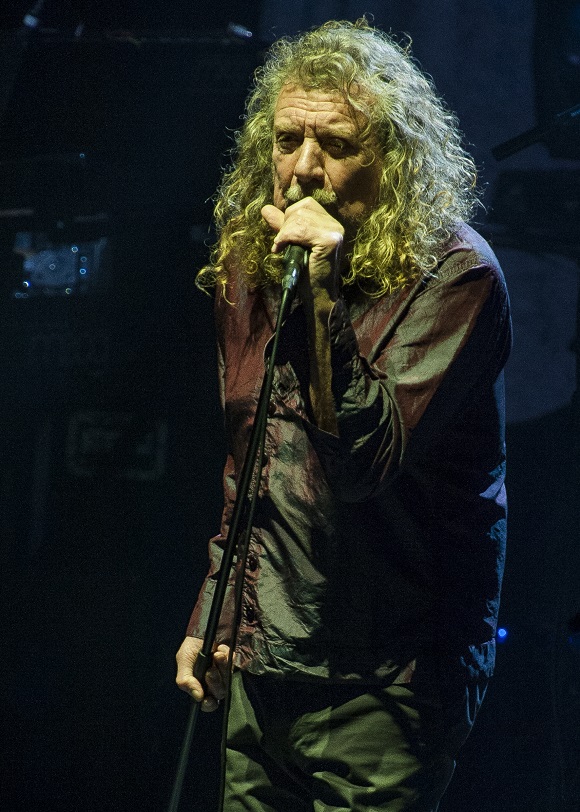 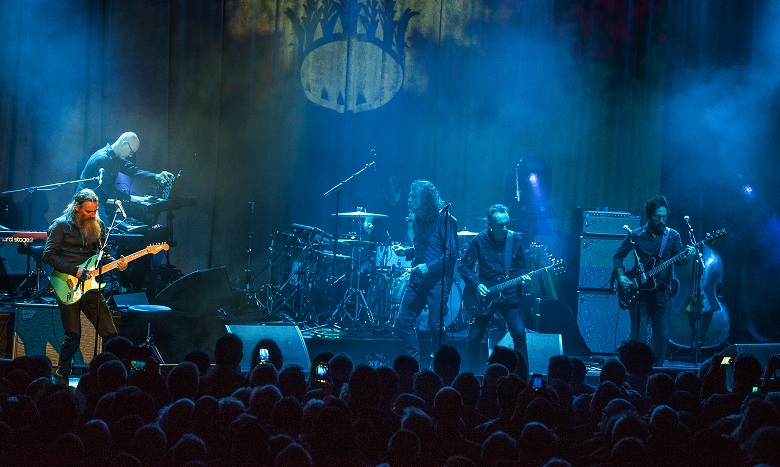 Once the Locarno ballroom, Liverpool’s still splendid if a little worn The Olympia might be a building of elegance but even Rpbert Plant’s Scouse pal hasn’t heard of it. Despite being off the well trodden route of Apollos and O2 Academies, Robert Plant shows that he’s still the daddy.

You need coolin’? Wanna whole lotta love? If you did, catching Robert Plant in Liverpool was great timing. Robert Plant…gigging in a football mad city…on a Saturday night…after his team had just won the battle of the Wanderers after giving a good hiding to a sad Bolton side… A few might have seized on the chance for a footy related comment with a  “Shut the fuck up – yes, we did score five goals today” response to one particularly audible heckler. 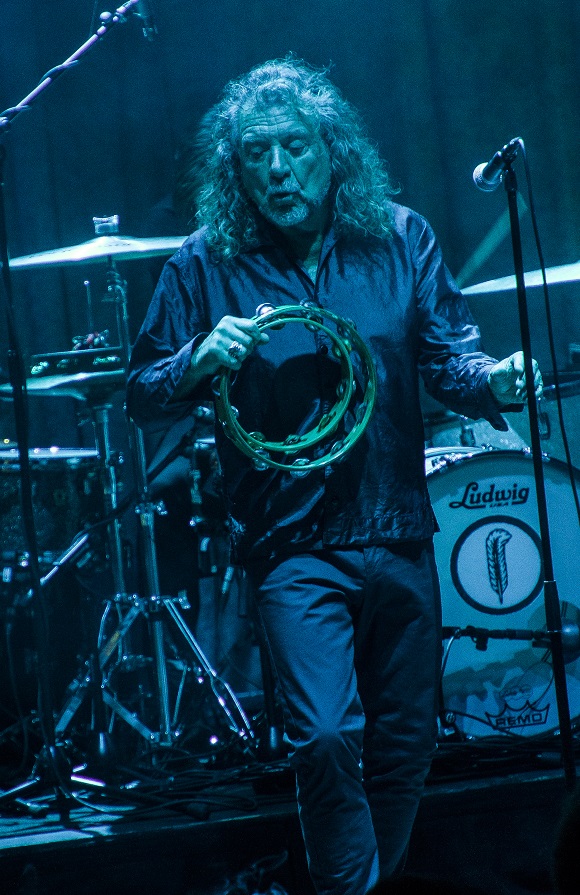 Perhaps the same should have applied to those who dared try to hold conversations during the profound Babe I’m Gonna Leave You. They deserved a severe  flogging or at least beating with the Led Zep 1 album cover  bravely waved  aloft by the fan in the standing area (probably a more recent 180gm vinyl reissue rather than a choice plum Atlantic label pressing). But aside the gripes about people who pay forty or fifty quid to go and see a legend strut his stuff like the demi god he is and then sit at the back and use the music as an irritating background noise to their conversations and of course the darn cold weather that made the lengthy queues seem to move even more slowly than they actually did, Plant was in terrific voice and his band in stupendously gig fit shape. A band that helps shape some of the strongest music of his career, certainly the strongest of thirty plus years of  solo work.

He fronts a band of Sensational Space Shifters who’ve evolved through the Strange Sensation and Band Of Joy and are admittedly the band he’d served the longest time with, playing in this form since 2001 – the seven year gap between 1993’s Fate Of Nations filled by various Zep/Page & Plant projects. Skin Tyson and Justin Adams are as good a  pair of guitar, banjo and oud toting musicans he’s played with and he keeps things fresh with new blood – a youthful looking rhythm section of Billy Fuller and Dave Smith who accentuated the Eastern groves and rhythms that drive much of Plant’s more recent work.

The latest recruit, folk star Seth Lakeman, also did a stint as a surprisingly well received opening act considering he was all alone bar fiddle and a shedload of talent. His contribution as the slightly left field member of the band took the likes of Gallows Pole into a full on a ripping hoedown of country folk while he was perfectly at home with the spirits of Richard Thompson and Joan Baez ghosting through the set. Although a feature of the famous ‘light & shade’ Zep trademark, Babe I’m Gonna Leave you was rightfully acknowledged of its Joan Baez roots. 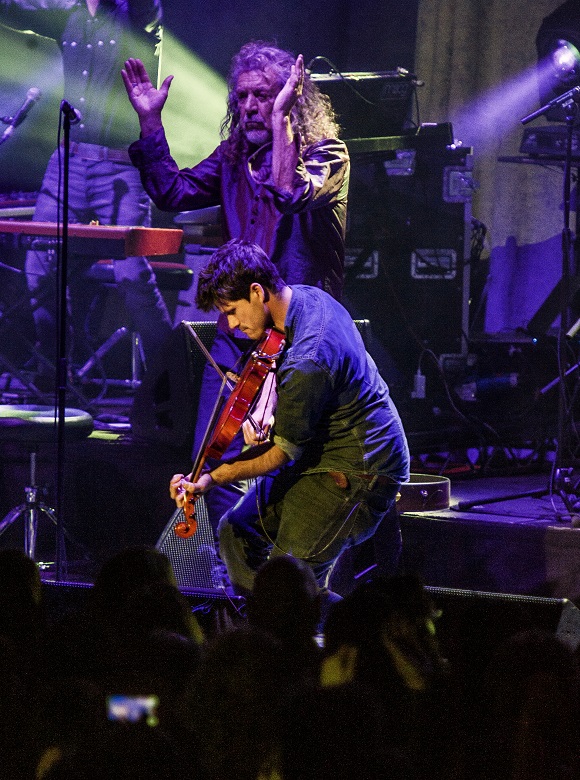 On the other side of the coin, Plant can still rock hard. He’s done a fair few epics in his time. Slow Dancer from his first solo album and Calling To You from Fate Of Nations, two examples of Plant taking the Kashmir template into a territory that his old mate Jimmy might call the same picture in a different frame. Fanning its swirling exotic wings,   the title track of the new Carry Fire album seems to have picked up and exceeded in the creation of a snake hipped grooving monster that was the ‘worth the admission price alone’ moment. While there were nods to the work of Richard Thompson and Bukka White whose Fixin’ To Die provided Plants new (and old) bandmates the chance to reinvent a delta blues, the onset of ‘that’ riff in the final encore and the house lights on full still provided chills.

And no respect at all to the person whose excitement caused him to hurl his beer container (let’s hope it was beer and the best example of why we  use plastic) from the back right of the stalls that hit the poor blonde lady stood at the front slap bang on the back of the head. I’m sure she’d queued for hours in the cold to be right at the feet of the master rather than be a target for thoughtless pot shots with half swigged pints.

Despite minor irritations, Planty provided the evidence that he’s still a totally relevant artist, one who’s never ever been in the business of just pedalling recycled nostalgia. For someone now in his sixth decade of music making it’s not something you hear every day.

He is also on Facebook  and tweets  as @SethLakemanNews

He also has his own dedicated YouTube channel here