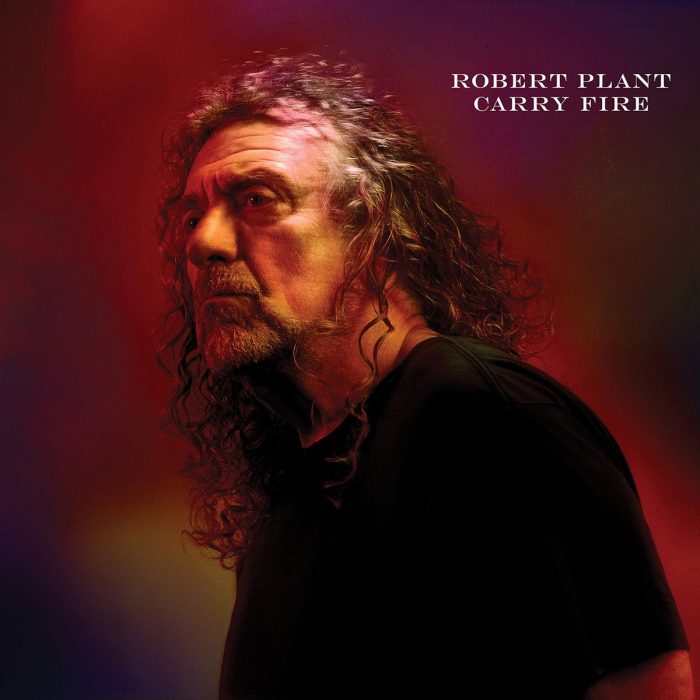 There can’t be many blocks left that Robert Plant hasn’t been around during his sixty-nine circuits of the sun. At heart, he’s always been a rover, a citizen of Planet Earth. The eternal vagabond has stopped long enough to assemble his backing band, appropriately named the Sensational Space Shifters, for some world-music-steeped, rock-rooted ramblings. The presence of fiddling folk overlord, Seth Lakeman layers in some of the atmospherics Jimmy Page used to provide with a violin bow, but this time actually using one on a violin.

Plant’s eleventh solo album is a sometimes brawny, sometimes trippy travelogue that brings together influences from West Africa, the South-West of England, the American West and the Middle East (but who knows, maybe some of the more western bits). A Way With Words bears the quiet, ominous, Bristolian trip-hop rumble of Massive Attack’s Mezzanine, whereas title track, Carry Fire, evokes sole-scorching sand and searing sun. The interplay of oud and electric viola sounds like an enchanting call and response courtship of two lovers gradually converging.

Carry Fire is very much a reflection on where the world is going, as well as where Robert Plant has been. Album highlight, New World, looks at the effect of how inevitable immigration means that our nations and identities are always in a state of flux. Carving Up The World Again… A Wall And Not A Fence seems to hold a quizzical lens up to DIY Donald’s domestic Mex-proofing. If only there were famous 20th Century precedents for reviled, deleterious barriers from which we could learn, eh?

‘Who sells the guns?’ that tear up the Garden of Eden is the key question on Knopfleresque track, Bones of Saints. Its chorus of ‘No, no, no, no, no, no, no, no, no’ is curiously evocative of the bucolic Jim Trott from The Vicar of Dibley, but Plant then takes the same word into more familiar territory, somewhere like Mordor perhaps. He gives it a trademark early-career wail, which shows that even though the very top end of his vocal range may have suffered from erosion over the years, there’s still a mighty sound that resonates from within. Fifties rockabilly cover, Bluebirds Over The Mountain, brings a well-matched duet with Chrissie Hynde and some woozy, heavy Plant, Whole Lotta Love ‘Ah, ah, ah’ stylings.

Led Zep themespotters will enjoy album opener The May Queen as an easy starter for ten. It’s a driving mantra from the Highlands and the Himalayas simultaneously, which embodies the best and worst of the album’s features. It’s hypnotic and intense, and yet by the end, you want someone to break away from the repetitive structures of the song and ramble on more wildly and freely.

You can hear May Queen here: