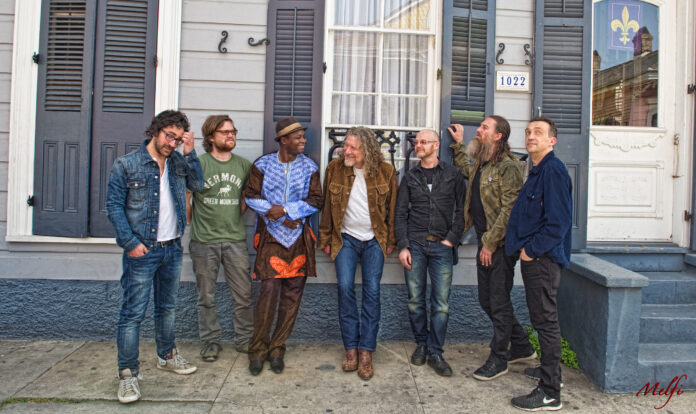 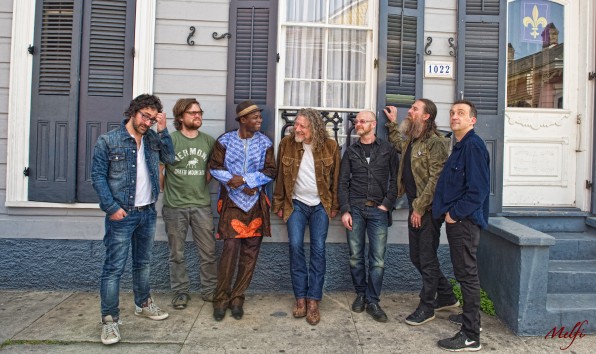 With his new album released just over a month ago, Robert Plant has now taken to the road to promote it with a 13 date tour. From London, Louder Than War’s Sophie Sparham reports back.

Robert Plant, wow, what a man. There’s really not a lot else to say about him. No words could fully describe this storm of a human being that practically came from the middle of nowhere to gain worldwide fame in an amazingly successful rock band, then go on to have a career of ten solo albums. Yes, you heard me right; ten albums. And tonight, Plant is here at the Roundhouse in Camden with his band ‘The Sensational Space Shifters’, to play tracks from their 2014 release ‘Lullaby and…. The Ceaseless Roar’. However, before they take to the stage, it’s time for the support bands.

Supported by their backing band, the duet known as Nugent and Belle are first to take to the stage, performing gentle love songs with their acoustic guitars. Their beautiful female harmonies and catchy melodies warmup the audience ready for the evening ahead of them.

Next up is the powerful three piece known as ‘The Last Internationale’. Delila Paz’s vocals are raw and passionate as she begins their set with a solo acoustic song about the power and importance of the working class. Then enter the other two members and together the band blow the audience away with their old school, rock n roll vibes and sheer force of playing. These are definitely a group that music fans should keep their eye on. 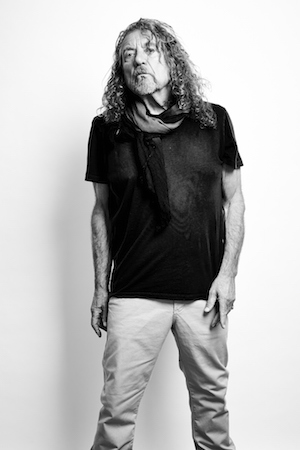 (Photo right © Ed Miles) Now is the moment that everyone has been waiting for.  As the lights go down and old rockers rush back from the bar, a strange exotic music plays out from the darkness to welcome the main act onto the stage. Robert Plant looks almost regal as he steps out in front of the mic and breaks into the bluesy intro.

Tonight, he and his band play the role of music connoisseurs; taking their audience back to Europe for the folk tales interwoven into old guitar string, then over to the Mississippi river for the of sound of the blues and finally to 50’s American diners for the true meaning of rock and roll.

Plant not only has the power to bring all these genres together, but do it with a sophisticated, modern, atmospheric twist.  And if you think the album sounds haunting on record, wait until you hear it live. ‘Now it’s time for the hit,’ he says, as the band break into the well-loved single ‘Rainbow’, which sends shivers down everyone’s spin.  Whilst ‘Little Maggie’ brings rebellious vibes to the table, completed by a mad guitar solo from Tyson.

‘The Sensation Space Shifters’ are an exceptional talented group of people; featuring Justin Adams, Liam “Skin” Tyson, John Baggott, Juldeh Camara, Billy Fuller and Dave Smith. There’s no doubt that their musical expertise works well together, however what really stands out is their powerful energy and the sheer look of joy on their faces as they don’t just play their instruments but become on with them on stage.

The band don’t just stick to their own material ether, Plant doesn’t shy away from playing some of Zeppilin’s past hits, much to the delight of his audience. ‘Going to California’s famous acoustic riff causes audience members to swoon, as they travel back to their teenage years.

However, what really blows the crowd away is the band’s rendition of ‘Whole Lot of Love’, which they don’t as much cover, but destroy. Robert’s powerful vocals shake the venues as the band  add layers of perfect instrumental improve to the original song. If anyone’s been sitting down, I can guarantee they aren’t now.

Just when the audience doesn’t think it gets any better the band return for an encore and a powerful one at that.  ‘A Stolen Kiss’ is such a moving piece of stripped down music; it’s slow piano combined with emotive vocals of Plant is enough to provoke the rawest emotions for any set of ears listening.

As people leave the Roundhouse, it’s clear that everyone’s had an amazing experience. Robert Plant has become more exceptional the older he has become.

All words by Sophie Sparham. More from Sophie can be found at her Author’s Archive.