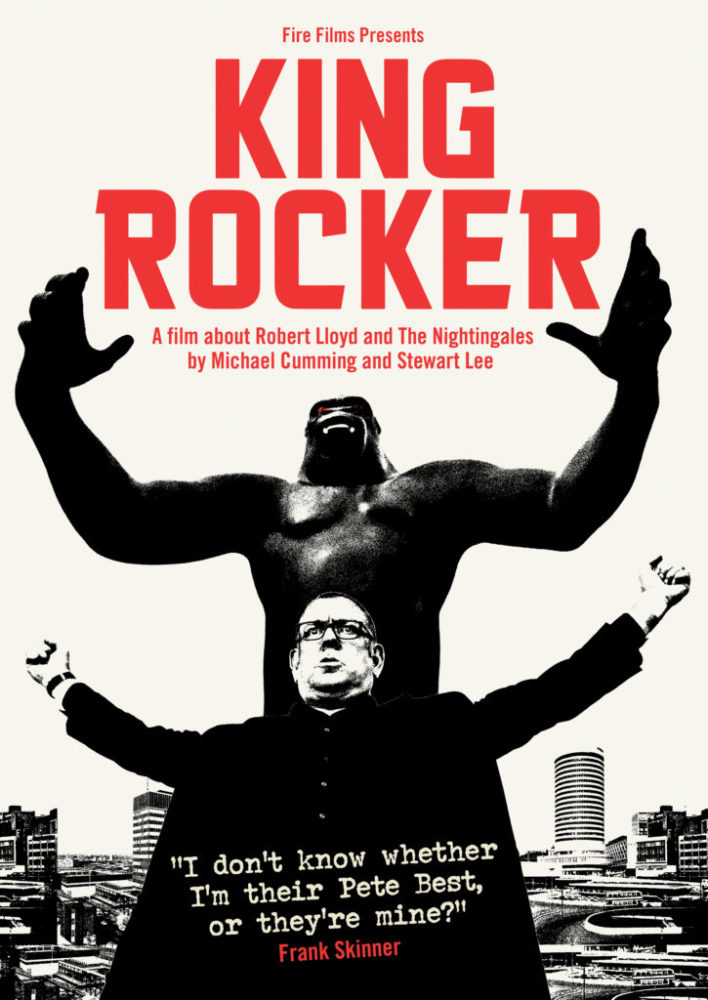 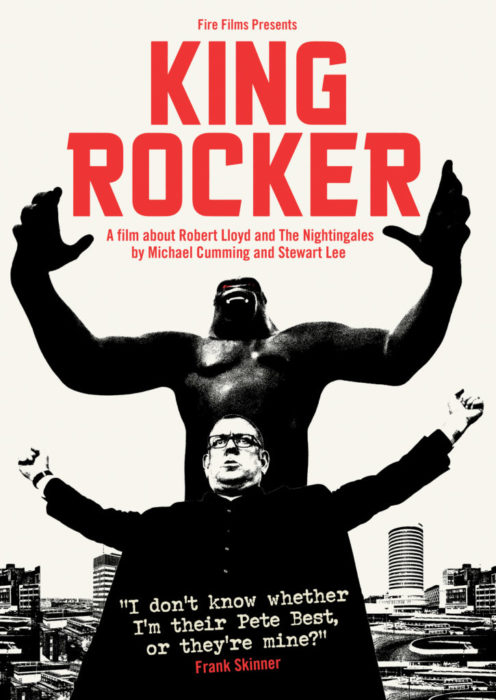 Back in June at a Nightingales v Cravats gig Robert Lloyd was the most cheerful and excitable I’ve ever known him to be.  “Can you keep a secret?”  He asked me.  I told him ‘No’ and reminded him that I was a gentleman of the press and if it was juicy I would broadcast it far and wide.

But he told me anyway.  There were plans afoot to make a ‘Gales Doc’ like the one foretold in the song of that name from the album  Mind Over Matter on Louder Than War Records (available here)….

Click here to see the trailer of the work in progress.

Robert Lloyd’s Prefects played with The Clash on the White Riot tour in 1977, and their ongoing incarnation, as Birmingham’s Captain Beefheart suffused post-punk poets The Nightingales, recorded more John Peel sessions than any other band. Ever.

Buoyed by endless critical acclaim, but hampered by ongoing commercial indifference, Lloyd has nonetheless continued to tour and record, The Nightingales’ affairs managed by drummer Fliss Kitson, from a Wolverhampton shipping container, and Lloyd himself, from the isolated borderland mountain fastness of Wellington, Shropshire, surrounded by prehistoric remains and industrial archaeology.

Lloyd, a post-punk flaneur, sometime postman, and master snug room raconteur, appears to have maintained a lifestyle outside the system via a succession of hustles, often involving an encyclopaedic knowledge of horse racing and pre-punk musical weirdness.

But what were the social, cultural and economic circumstances that enabled and sustained such outsider artists in the punk and post-punk eras, and how has the world changed to the point where such figures are unlikely to flourish in the same way today? Lloyd’s own odyssey echoes how abstract notions of social mobility, of the value of culture and music, have changed in the last five decades.

I don’t know about you, but to me it looks like being the Greatest Story Ever Told … About a post-punk ranting poet and crooner and his band of misfits & musical geniuses.   Can’t wait for it to be released ….  oh and they are asking for donations/funding on the films webpage.  Not surprising really for a band who once released a compilation album called Pissed and Potless.

Billy Idol was unavailable for comment about how he felt about his song-title being used for the film, but Robert Lloyd allegedly said that the blonde pun krocker is welcome to use the Nightingales ‘For Fucks Sake’  title in a film about his career.