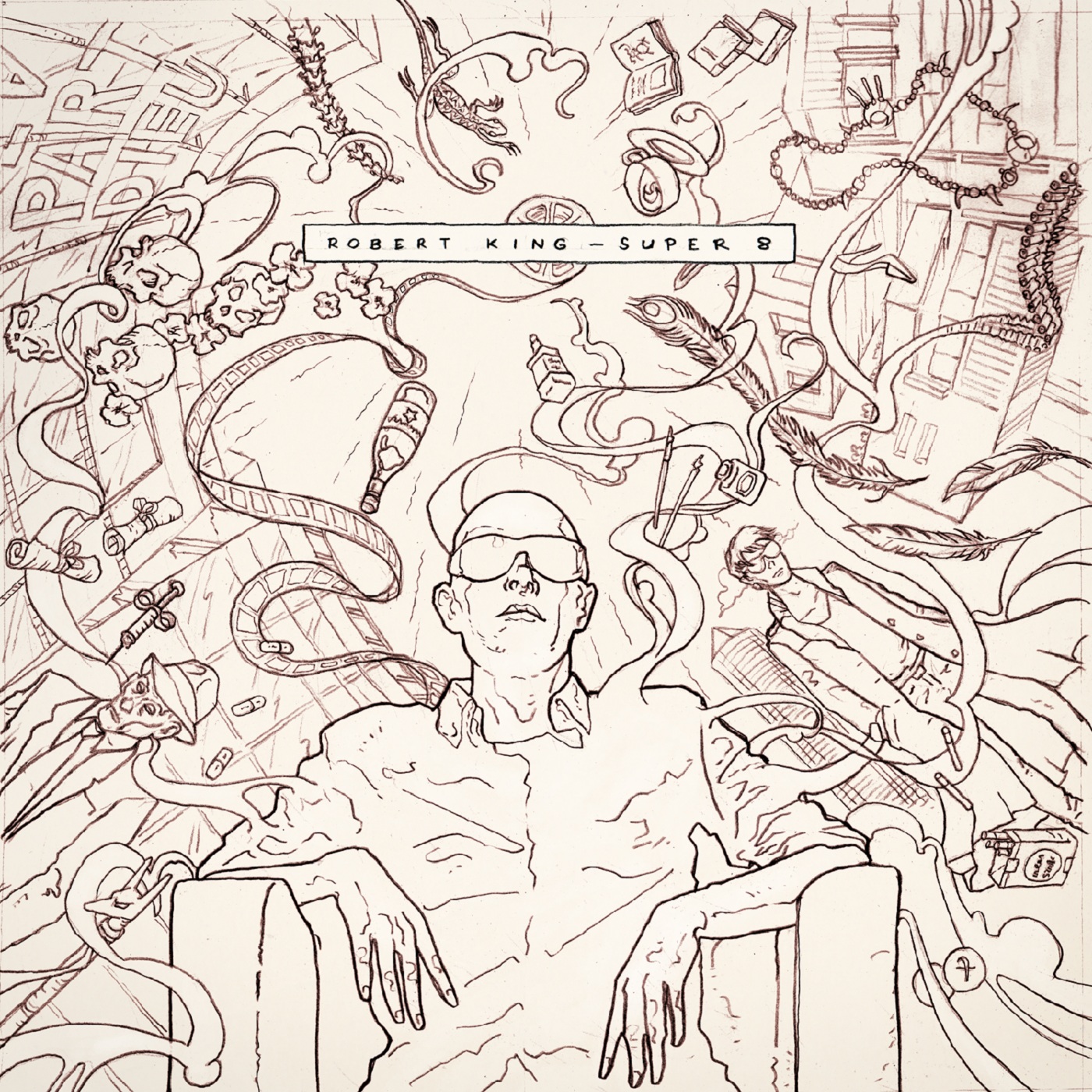 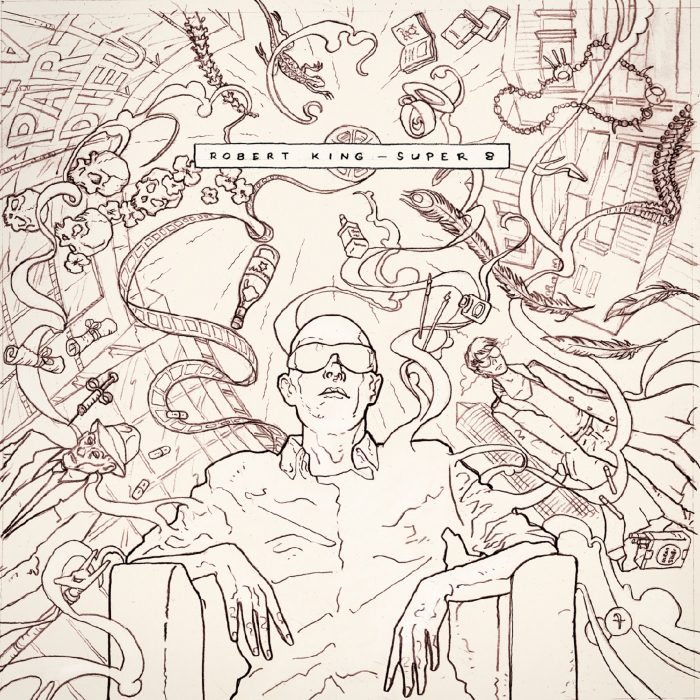 The dark magus of Edinburgh’s post-punk scene- now based in Lyon- makes a dramatic return to the fray with a compelling new single, including revealing remixes by heavyweight collaborators.

Radiating a fierce intelligence and intense stage presence, Robert King was the brightest star in Edinburgh’s original post-punk scene, as frontman of the hugely-infuential Scars. King’s literate lyrics and fascination with language were apparent on Scars’ very first single, the deathless Horrorshow/Adult/ery, released in 1979 on Edinburgh’s pioneering Fast Product label.

Now a professor of ancient languages in Lyon, France, King is musically active both in Opium Kitchen and Groucho Handjob, but ‘Super-8’ is his debut single as a solo artist. King’s muse, as with his life, shares certain commonalities with that of Iggy Pop. Both men were profoundly affected by their relationships with Nico, and it’s not difficult to hear a hint of the Velvet Underground chanteuse’s solo work in the late-night atmospherics of Super-8, as King unfolds a tale of waiting for a lover arriving on the Super-8 train, the drab surroundings of the railway station only enhancing the sense of longing in this deeply cinematic vignette.

With gritty guitars rubbing up against electronic percussion, the song shares DNA with Pop’s noir-rock classic ‘The Idiot’, while Miles Davis’ experimental 70s recordings are somewhere in the mix, too. At the centre of it all is King’s dark croon, the perfect vehicle for a song plucked from the interstitial tissue of daily life.

Penetration’s Robert Blamire- who produced Scars’ classic debut album, ‘Author! Author’- takes a very different approach, adding synth bass and transforming ‘Super-8’ into a long-lost Alan Vega cut, circa ‘Saturn Strip’. It’s rare that one hears three radically different mixes of a song that are all equally compelling, but that is certainly the case in this instance.

It’s tempting to imagine an entire album constructed along these lines- one disc by King, accompanied by full-length remixes by Burn and Blamire. Logistics might preclude such an ambitious plan, but in the meantime, there is much enjoyment to be had for the listener through hearing this almost Sinatra-like classic torch song from three distinct perspectives.

‘Super-8’ is an assured comeback from an artist deserving of much more than cult status; the Scar King has returned.