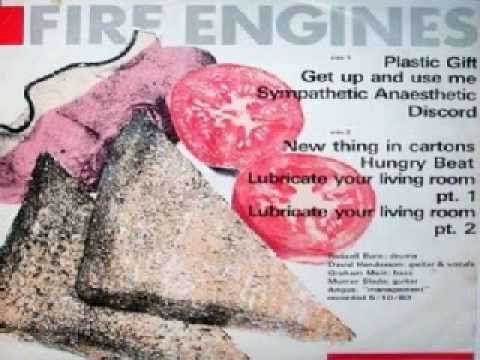 the greatest pop band ever who were never popular…
– With their manic combination of Richard Hell, Beefheart Trex mashed through the sulphate rush of post punk the Fire `engines were the perfect dislocated pop band of the early eighties. the fact they remained a cult is a sad indictment on the sterility of the mainstream-
Greatest band Edinburgh ever produced, almost.