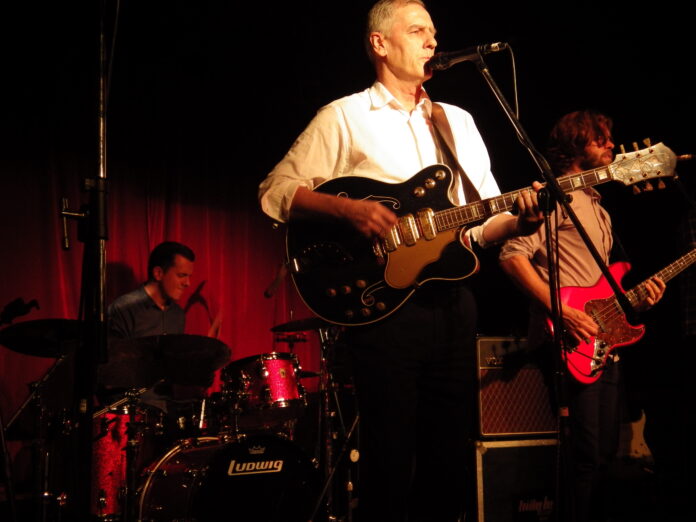 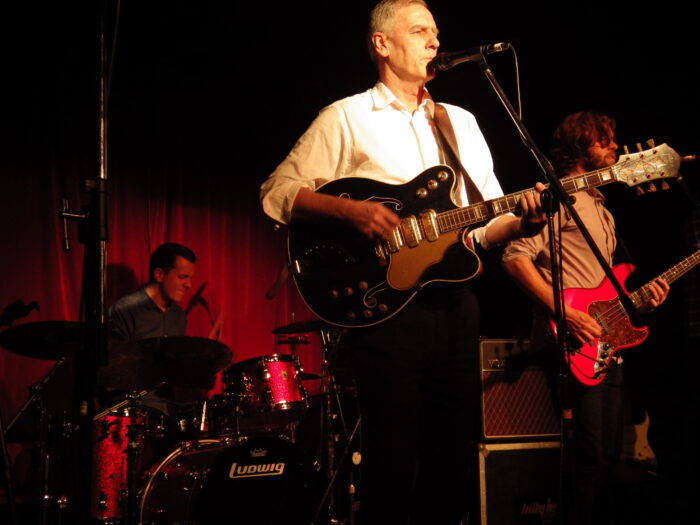 Robert Forster has a new album out, and is preparing for a UK and European tour. Louder than War’s Simon Proudman was there to see a warm up gig in a small venue in the Blue Mountains in Australia.

“Turn the lights full on me, I only want to be able to see my guitar and not the audience”. I have arrived early at Robert Forster’s first gig in the Blue Mountains since the Go Betweens ended with the sad, untimely death of his song-writing partner Grant McLennan. The sound check is just beginning, the band, sounding extremely tight, deliver a version of the Velvet Underground classic ‘Waiting for the Man’ before launching into a noisy, with all guitars flailing, version of ‘Learn to Burn’ from the new album ‘Songs to Play’.

Robert and his band, the same musicians who performed on his latest album, leave very satisfied to grab a quick bite of Thai takeaway with the concert due to begin in only thirty minutes, with no support band. They are running late and the audience has already begun to queue behind the curtained doors of the entrance. This is my first trip to the Clarendon Hotel in almost ten years and it has not changed at all. It resembles a cinema from Victorian times, with just enough space to crowd ninety patrons on small chairs around tables with minimal personal space. Just the way I like it. By arriving early I have managed to re-arrange the seating arrangements slightly (each table has written name tags on it) to ensure I have a great view up the front. It does pay to arrive early sometimes.

The sold out venue attracts fans from Sydney, two hours away, wanting a more intimate experience than could be had at the much larger Oxford Art Factory in their home town the following night, and from further afield places like Bathurst and Canberra, which Robert and the band are not visiting. A tour by Robert Forster, as with his releases, is an infrequent event and there is clear anticipation in the air. Most were expecting a solo act, as with his last tour three years ago, and are surprised by the full band setup on the small stage.

With the audience still being shown to their seats, Robert walks slowly out, thanking us for turning up at one of his favourite venues before launching into ‘Learn to Burn’. The band really throw themselves into the songs, clearly enjoying the chance to play them live. His rarely seen wife, Karin Baumler, provides great accompaniment with violin and backing vocals. The newly released album, ‘Songs to Play’, not surprisingly provides the majority of the songs for the evening. I have already pegged it as a possible album of the year, tonight removes any doubts. The earlier Go Betweens albums are not ignored, with great versions of ‘Clouds’, ‘Draining the Pool for you’, ‘Too much of one thing’ and ‘Head Full of Steam’ plundered from the back catalogue. 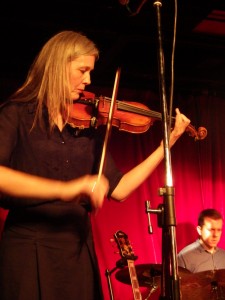 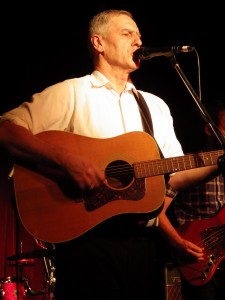 The encores begin with a stripped down version of ‘Danger in the Past’ from the eponymous album, before a stunning version of the Go Betweens classic ‘He lives my life’ with just Robert accompanied by Karin on haunting violin.

The final full band encore of ‘Surfing magazines’ with the audience on backing vocals, ends what has been a truly great performance from Robert Forster and the band, leaving the small audience filling the venue shouting for more. As the curfew hour has come, Forster reappears by the stage door selling copies of the new album and freely giving his time to talk and sign records and posters for all comers.

The UK and European tour dates begin this month. At this stage it is not confirmed if it is a solo acoustic tour, or a full band experience. You are just going to have to turn up. Full band or acoustic, you will not leave disappointed.

All words and photographs by Simon Proudman. You can read more from Simon on Louder Than War here.