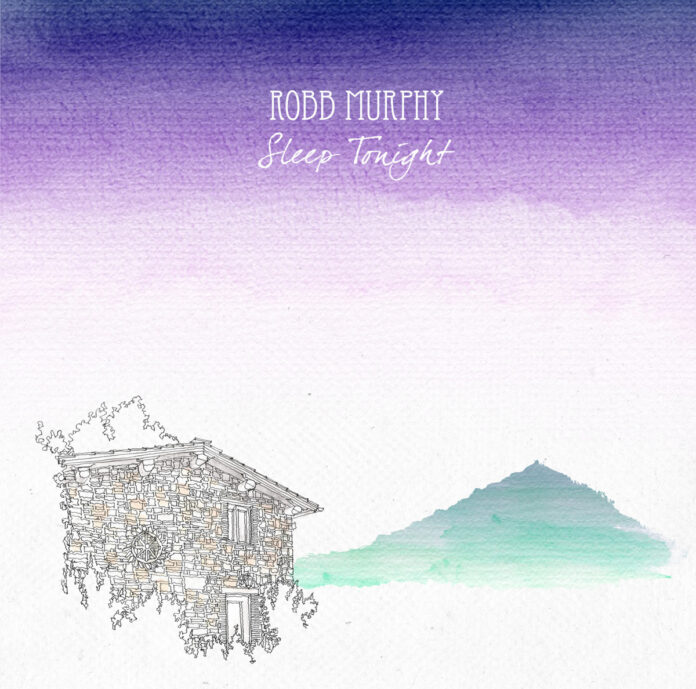 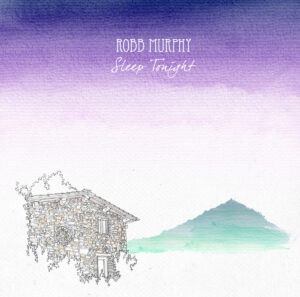 Robb Murphy’s made a well-crafted new album with tantalising glimpses of what might have been.

Sometimes music doesn’t have to be to too bombastic to make an impression. Sometimes it shouldn’t be. Maybe we should realise that a lot of music, not just “pop” music, is inherently silly and immature. Maybe it’s time to grow up and understand that the last 60 or 70 years of recorded music is largely comprised of massive egos shouting their mouths off and over-emoting.

Maybe music should be about simpler things. Or saying complex things in a more simple way, instead of making simple things complex, merely for the sake of it. Maybe it’s time to say what you mean and mean what you say.

Maybe it’s time for music to be honest.

I was thinking about all this when listening over and over again to Robb Murphy’s “Sleep Tonight” album. 12 tracks of what could be termed, if I was asked, acoustic, folk-tinged singer-songwritery with a hint of country in places. Gentle and heartfelt songs, impeccably crafted, considered and well thought out. Some of the songs, such as “Headstrong”  bring Murphy’s Irish roots to the fore, being a tad jumpy and toe-tapping, whilst others (“The Best Decision”, “The Mysteries of the Heart”, “A Good Place For Us”) tend to head to that aforesaid country side, steel guitars and evocative lyrics. “Coffee and Tea”, with a simple brass accompaniment at the start is a soulful, even jazzy song, just over three minutes long and telling a tale of how being different needn’t present a difficulty in a relationship.

What is honest about it all is that Murphy doesn’t fall into that mid-Atlantic drawl; there’s no mistaking where he’s from, despite the nature of the tunes on the album. It would all be too easy for the songs to take over completely and for the whole album to lapse into a mid-70s Laurel Canyon pastiche/tribute. Thankfully it doesn’t, and that’s largely due to Murphy’s clear Irish voice, strongly threaded throughout all the twelve tracks.

Despite all the above, all the admirable qualities, all the craft that’s gone into the whole album, I get the feeling that he’s just holding back. There’s something missing, something that threatens to break through every now and then in odd flashes and in brief moments, but never does. The strings stir and the constantly smooth vocals become a touch croaky and unfocussed, but it all gets reined in, as if that all would be touch too much, a bit uncouth. There’s nary a duff note on the whole record, nothing that’s out of place. Nothing goes wrong and that’s ok. But there’s nothing unexpected. It’s too careful, too studied and rarely gives you that feeling which comes with the best sorts of music, that shiver down the spine, that “what was that?” sensation.

This album ticks all the boxes; it’s a grown-up record, a properly mature thing. It’s not standing and shouting from the rooftops and it’s not screaming, “look at me, look at me, aren’t I simply great?!”

And that’s a problem. Because sometimes you need music to be just like that. Life’s too short to have too much careful music.

You can hear his music through Facebook, Bandcamp and Soundcloud.

All words by Rick Leach. This is Rick’s first article for Louder Than War.