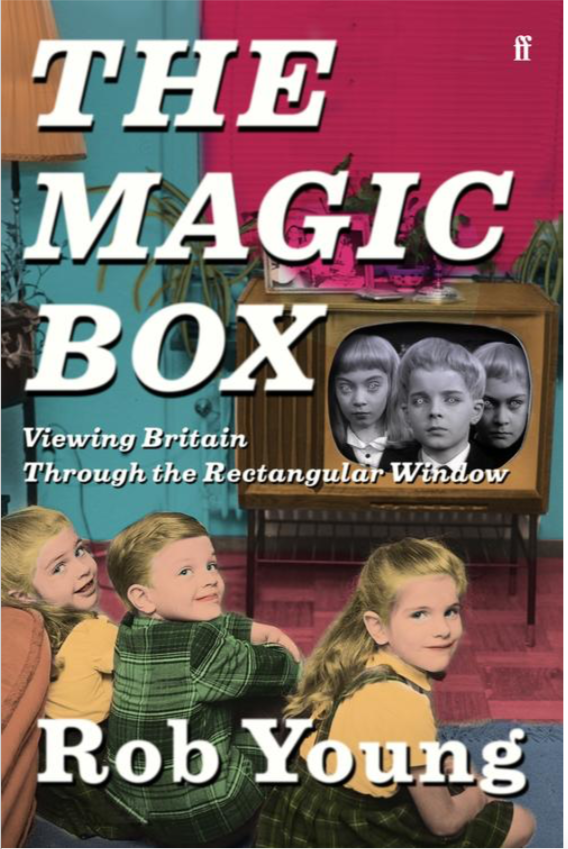 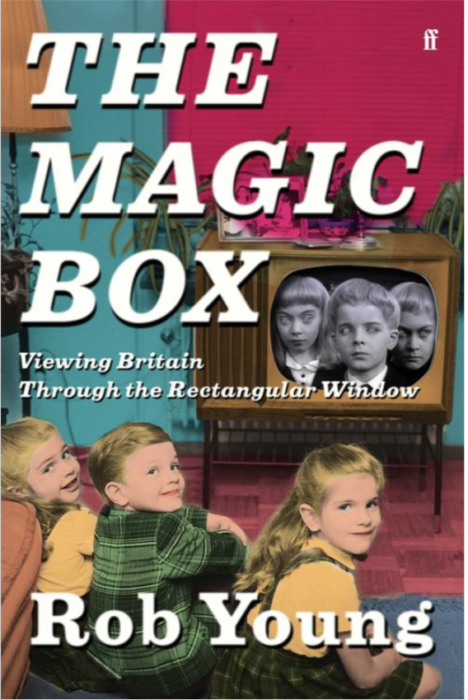 As part of the series of book events, Walthamstow Rock ‘n’ Roll Book Club hosted the presentation of The Magic Box: Viewing Britain Through the Rectangular Window by Rob Young.

The organiser of the event Mark Hart mentioned that the club had been attempting to launch the event with the writer before. Eventually, Rob Young, who currently lives in Norway, managed to arrive.

Although the event was meant to celebrate the recent release of Young’s, The Magic Box was inevitably discussed in the context of his previous books. The new work is intrinsically linked to and thus cannot be seen outside the context of Electric Eden. Both books tackle the subject of national identity from two different perspectives, that is folk and TV. While Electric Eden emphasises the origins and echoes of British traditional music in the collective mindset, The Magic Box reveals the ghosts of the past in the postwar newsreels and films. The continuity between the two books was supplemented by the succession of a different kind. A former editor of the Wire, Young was interviewed by Derek Walmsley, the current editor of the magazine.

Upon finishing Electric Eden, as Young says, it was clear that the book ends with a metaphorical ellipsis suggesting another volume. “It would definitely grow out of the Electric Eden book. It felt natural in that book talking more generally about the idea of folk and folklore to the perennial things like The Wickerman, you know, these things that seem to be dealing with an idea of British/English identity, with a kind of an eerie folkloric bunch of imagery”.

Perhaps, hauntology is the best term to describe the ideas and key motifs introduced in the book. However, Young expresses concerns that this word has been fairly “overcooked”. “One of the threads through the book is the fact that history has always been written and rewritten. Every time it is revisited, it is hard to say what the real countryside is.” In keeping with the idea of art as a palimpsest, Young brings up a ritualistic aspect that equally attributes to performing a folk song and watching a TV. Questioning the title of the newer book, Derek Walmsley suggested that the metaphor of a magic box relates to both TV and cinema: “There’s two magic boxes, there’s a TV and cinema. In a book, is it fair to say that you are writing from the perspective of a TV viewer”.

The comment was followed by a story about the first experience of being exposed to the television: “The first thing I wrote for the book was trying to think of what was actually the first time I can actually remember seeing the television. That was my grandparents’ black-and-white television which, since I was born in 1968, I was probably first looking at about 1970 or so. It must have been a TV they probably bought in the early 60s cause it probably was quite old by then. It was in a veneer cabinet in a corner of the living room. So watching television was a kind of a ritual – you would have to open the doors of the cabinet and fold them back. And then there were two controls – one to switch on and one to tune in to the channels. There was a sort of clunky beacon light knob, so the TV would warm up. That would take some minutes. There was always something ritualistic about this process. If you wanted to watch something on TV, it was a special occasion. I remember watching some kind of monster movies on my own on Sunday afternoon”.

From here, the conversation turned towards sci-fi and folk horrors from the 1960s. Indeed, the cover of the book has an iconic image from Children of the Damned. To Young, this film seems crucial as it is one of those that popped up during the time of “generational divide”: “The Village of the Damned [a predecessor to Children of the Damned] was filmed in the late 50s when they started getting all these youth subcultures and visually expressing this deep misunderstanding between the young and the old”.

The Magic Box can be ordered here.