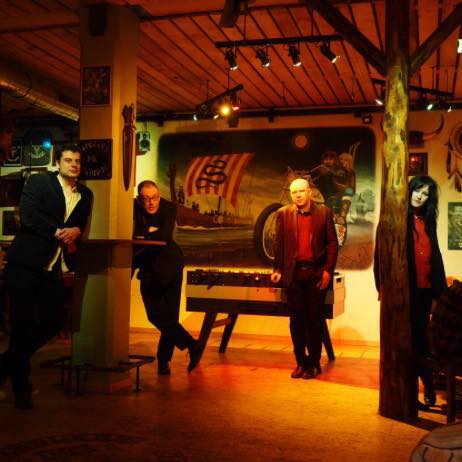 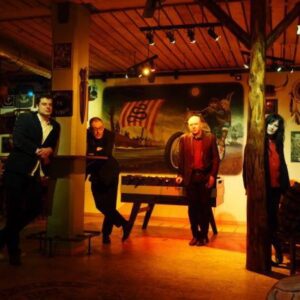 The Nightingales are a band at the top of their game.

Touring hard the last two years has seen them hone their sound down and their current one hour set with no break is a forward thinking combination of prog rock inventiveness, acidic punk rock, post punk adventure and krautrock twists and turns – with the best rhythm section out there and a killer guitar player Rob Lloyd has found the perfect home for his scathing wordplay.

The band are back out on tour this month and also are playing the big Membranes gig at Manchester Ritz on Saturday with the Membranes and their 20 piece choir and special film about the universe, Brix and the Extricated, Evil Blizzard, Dub Sex, The Blinders and The Empty Page. The gig is only £10 and tickets are selling fast. All details from here.

A great collage of ideas. Inventive and influential, clever but funny, musicianly but pop, blah blah.

When I first heard this I had never heard anything like it. Packed with good tunes it wormed it’s way in to my head and stayed there.

I love pretty much all of Nico’s music and this is my favourite of her LPs.

A terrific group. This cheap mish mash album was the first of their records I bought. I loved it straight away and it still sounds fab.