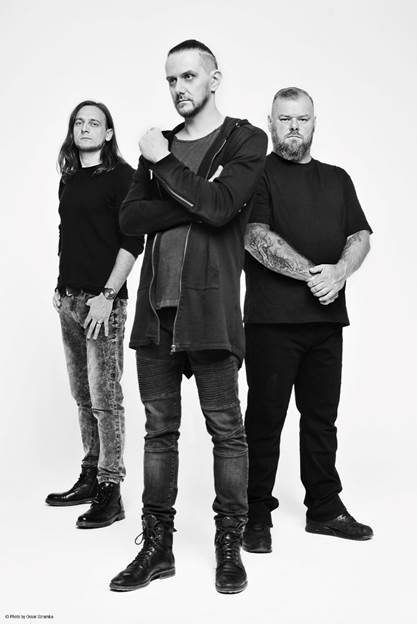 Poland’s Riverside continue to try to disassociate themselves from the Progressive Rock genre, but as a reference point and ‘best fit’ it may have to do for the time being.  Having returned from tragedy in losing one of their members and emerged (triumphantly as it happens) as a ‘new’ Riverside with the Wasteland album and tour, they are on a bit of a roll. One that continues with the re-issued vinyl pressings of three of their early albums on the Inside Out label and a further bout of touring that takes in North America and Europe.

Mariusz Duda called up to chat over recent developments in the world of Riverside having just finished the days rehearsals  for the upcoming dates which hit the UK this week.

So how were the rehearsals going? “It’s the last day so we’re getting ready for our departure!” he laughs. “We’re in good shape! Foe this part of the tour we’ve improved it a bit!” Having seen the show last year in Manchester, it was a real treat to see the band back with a stunning album and also on the road with a great show  and difficult to see how they’d possibly improve such a brilliant encore that  combined Night Before, Panic Room, River Down Below.

“We don’t want to play exactly the same note by note especially as we’re back in the UK. It will be more or less the same but we have changed some songs and bits here and there to create a different mood so those people who want to see us again will have something new – something from ADHD!”

So going back to the previous round of touring, how is the ‘new’ Riverside since the tragic loss of Piotr Grudzinski – there was a lot of love from the fans and he admitted “it was a new chapter and definitely a different mood because we’d moved on after being full of grief. It felt like we were sorry on the stage – I was standing there and it felt like a ceremony of explaining and apologising that we were not the same band any more.”

“We proved that we could record and album with a new line up and it gave us strength for the shows and abandon all the mourning – we don’t have to apologise any more.”

Mariusz also talked about the “pretty nice” experience of playing on board ship on Cruise To The Edge. “I wanted to be much more open minded about playing in a band that simply presents progressive rock. We don’t want to stick to the rules of playing progressive music although we show up from time to time in the prog festivals. With Riverside music we have a totally different approach. We play songs! Riverside is based on melodies. I can say a lot of things but if you look at our songs they are based on good melodies and we always try to develop this. That’s the most important thing in our music.”

So the band are back in the UK again but with different venues and towns and also back here in the Summer at Ramblin’ Man Fair Prog in the Park stage (with Anathema, Pain Of Salvation and KOYO) while the  huge tour in Europe through March  and North America in May – really clocking up some miles. “We decided to do as much as possible although we only did a couple of shows in the UK so we wanted to come back before Brexit! Who knows what will happen!!? I also remember our first experience at Ramblin’ Man as it was very rainy and the people were out with umbrellas just shouting really loudly so it was a great experience but I do hope that the weather will be different.” 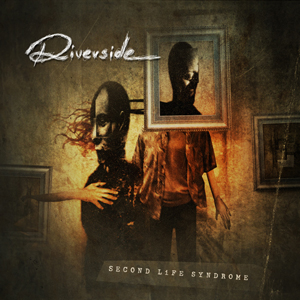 The band’s record company have also just re-released the 2nd, 3rd and 4th  albums on vinyl  –  Second Life Syndrome, Rapid Eye Movement and Anno Domini High Definition – the coloured editions selling out rapidly. “Those vinyls were out of stock and really difficult and expensive to buy so it was great to give people the chance to buy them. We hope to do the first album Out Of Myself in due course. Maybe we may remaster them in the future but these are just as they were.”

The band look back fondly on  those albums now from the earlier days and always make sure songs are played live. A lot of bands often ignore or disown their early work; “I think it’s really important now we’re in the digital era so when you get a chance to give a physical product to the fans I’m glad Inside Out take good care of that.” 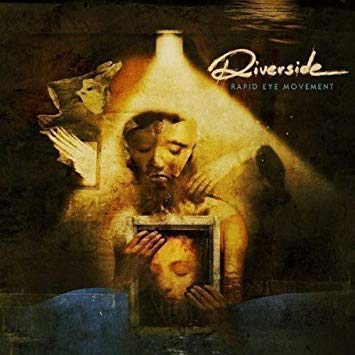 So back to the UK this week – “I just made a joke that this will be the last chance to see us before Brexit! Each show is different with some improvising so every show will be full of surprises. So while I feel that we’re in our best shape now and ready for ‘the big shit’!  Don’t wait till next time – go now because the Wasteland tour is one of our best tours so go and see it now!”

Watch River Down Below – one of the Wasteland album highlights: