Home Blogs Rivers of Mud : the handling of the Windrush generation is a... 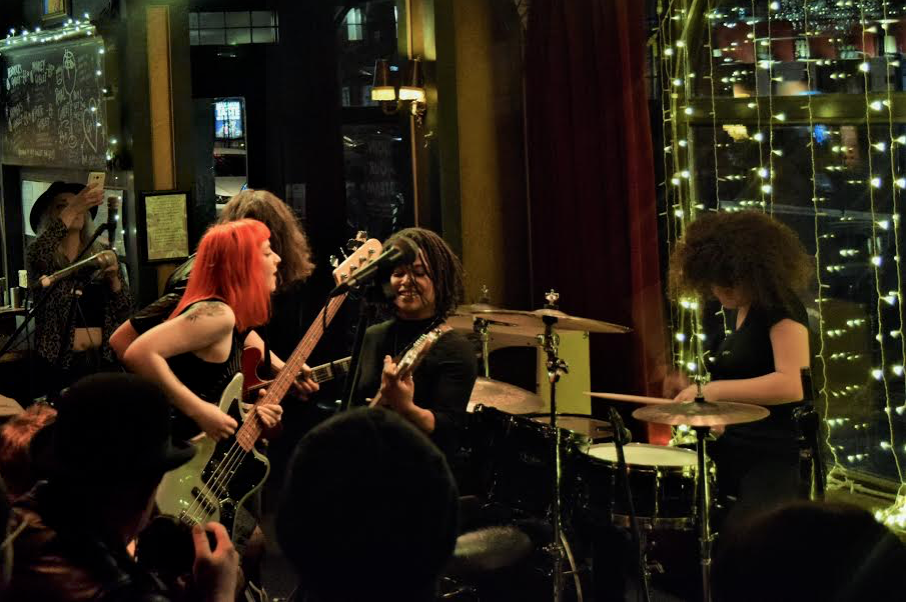 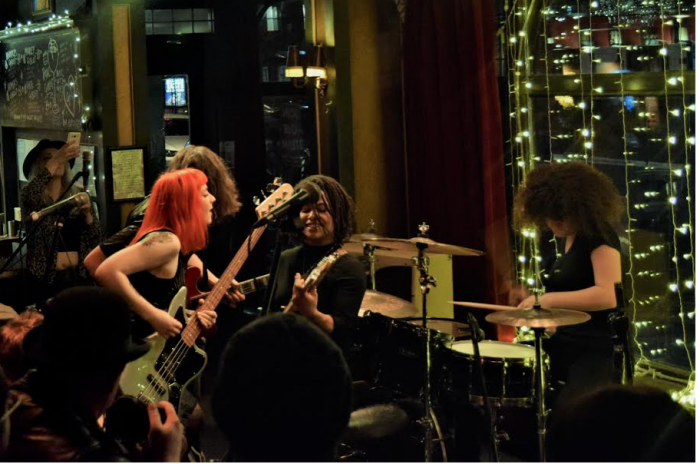 The current immigration fiasco over the Windrush generation is not only appalling and against everything we stand for it puts the UK in a bad light a week after the so-called ‘friendly games’ – the Commonwealth games with all its media talk of bringing people together.

In our own own music world, it’s a slap in the face to the first of many West Indian generations who so profoundly affected our pop culture moulding it in so many brilliant ways that are part and parcel of my musical journey and yours.

Caffy St Luce is a second generation West Indian and firmly British and a key part of my musical world having done PR for everyone from the Manics onwards to her current role building up music communites in London and hurt and angered by the government’s dismal and plain rude handling of the situation write this blog for us.

In the days of black and white images, we were invited to become citizens of Britain and help rebuild this wonderful nation after two world wars. We fought in those, too. This is a nation that makes a song and dance about everything. Of course we love it.

Via sea-faring, slavery and abolition and shagging, there have been every tone of skin colour in the British Isles for years. Fast forward to every continent being represented in our modern day communities. In some locations, noticeably.

We come over here, taking your jobs (you go and be a doctor, cleaner, bus driver then!), paying tax, winning sports and entertainment accolades towards Britain’s global reputation as one of the good guys and making your food taste. Imagine Brexit Masterchef without “foreigners”. As music’s melting pot is global in origin, imagine Morris Dancing for three days at Reading and Leeds?

Musicians; Angela Martin (Bugeye) and Jean Genie Graham
We are, on the whole, working class, honest every day people just wanting to live in peace and fun, enjoy family life and sunsets, sing and dance, coo at cute babies and just live and let live. Embracing Britishness and assimilating makes all our different communities richer and our united queendom of peace, stronger. Our music has many artists and their friends with relations from everywhere. Rivers Of Love have mingled.
I was born in the West of England but I’m no English Rose. I’ve been on the receiving end of vile abuse in my life, but I’m not special for that. It’s either infurating or humiliating though.
Bigoted bullying arseholes have an array of problems. Imagine how dark, cold and damp they feel inside because of hate. Sad, really.
Whatever you are bullied for, take heart in knowing that it’s because envy sees something they need to break because they could never attain that magic.

Sisteray with poet, Rohan Murrah
I was blessed with being able to run fast from trouble (thanks, Horses), accept being unique (thanks, Punk), raised to be tolerant (thanks Mum) but fierce if needed (thanks Gran). Music obsession forgave that I was too much of a day dreamer to be academic but taught me that high intelligence can take many forms. I feel, for instance, that one difference between Artistic and Autistic is U.
I’m only writing from one person’s perspective. Uniqulture is for the Universe. Multi culture without the multi labels for the one race: human. Universe is Nature’s communication; Music. One song. I can be a hippy dark horse if I choose. Music and Supernature are my faith. If I sound a little crazy, then compare me to the values of what passes for government, journalism, normality and a moral compass these days.
We used to fight the enemy of extreme right wing fascism, and care for the reputation of our green and pleasant land. Now the war is being waged on working class people. We must be divided so that we can be conquered. We must stand aside like automatons, only moving when the machine that took our job won’t work.
We must be frightened, enslaved by debt, uneducated and filled with hate for the stressed out mental breakdown of civilised society to take it’s course.
It helps if we are not entertained for that brings us together, it makes us think and feel. It makes us uncomfortable and heart broken to see anybody sleeping out. Food banks make us angry and malnutrition makes us sad. We have slipped so quickly to a Second World Nation via the Austerity and Gentrification lies.

Joanna Wang at Amersham Arms, London loves Taiwan
Going to gigs is an escapism for me. It’s why DecoloniseFest, AfroPunk are just some of the shining lights of being black, female, rocking and rebellious. The extended family of community around live music, especially, is what they don’t want. Tough.
It’s time to bring back manners and morals. The 1% are no longer the elite unless they pay their taxes and restore the planet’s crown jewel of care, The NHS. Manners cost nothing. Maybe that’s why we’ve got them. We, the so called plebs, chavs, commoners (The Guardian actually used that phrase recently!) are The Scum Superior. We have come through wars, riots, terrorism, tragedies, strikes and more, together.
Toffs. You are NOTHING without us. We do the labour that runs this nation. When was the last time you were on a construction site building something? Oh, and you have jobs, politiians, pay for your own meals and drinks. You are the scroungers. If you gave the percentage to charity, that we give, from incomes a fraction of your, you could still call yourselves noble.
Scoffs. You laugh at the youth? No wonder you don’t want them further educated and thinking for themselves. They are the future. Around the world they’re getting sick of the stupidity, cruelty and mentally unwell capitalism of adults. Lets go back to safety first.
Safety first means no consciously cruel horrorism inflicted on the unwell to the point where suicide is an option. It means that you don’t have to like the look or sexuality of somebody, that they’re speaking a foreign language (frankly, I don’t want to know what everybody on public transport is on about). Just don’t spoil anybody’s day or life by being the kind of vermin that karma is gonna have to come looking for.

The Nyx
The Hate pushing, far right wing press is losing sales while Positive News has started to be distributed in W.H.Smith. We need to believe in the power of Love again. My Polish friends have been frightened by racists and feel sad. My gay friends have been insulted for being loving. Heck, people have even moaned about people speaking Welsh. In Wales!
Immigrants. Emmigrants. Aliens. Minorities. Coloured. Discoloured. Disabled. LGBTQIAPK watching LEDHDTV. Whatever. Equality is the future. We are at the point where things are looking their best for music, for the first time since Britpop (UK Music/BPI reports). I’m excited about the wealth of great new music. That word is the glue between Punk and Grime. That escapism has been confirmed as a health treatment (go to gigs, its good or you).
We need our melting pot of music world, though. United. Or there is no hope.
Caffy, music lover, London.