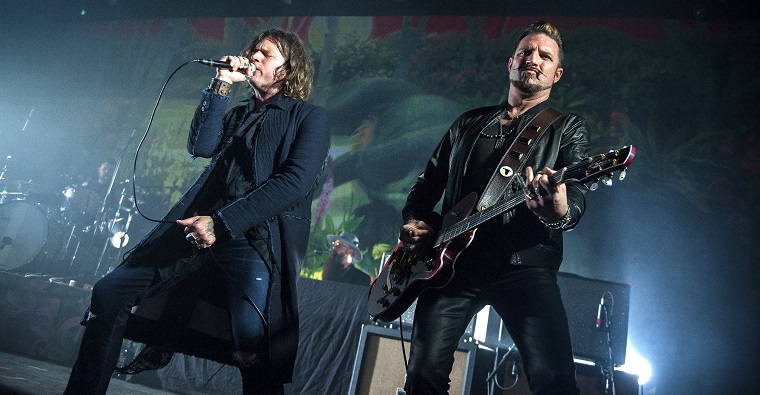 Early technical difficulties aside, Rival Sons smashed their way through a 16-track setlist to an excitable crowd at the Manchester Academy.

Opening with a roaring rendition of Back in the Woods, all looked to be business as usual for the band. The second song, Sugar on the Bone began to play in rather lacklustre fashion as the guitar tech scrambled his way to the feet of guitarist Scott Holiday to fix the problem. After a couple minutes of the rest of the group jamming their way through the issue, the gig properly resumed; the Academy attendees couldn’t have been happier.

Throwing away any doubt that had been cast onto the audience, the group performed fan-favourite Pressure and Time, which was met with screams and rapturous applause. Following this was Electric Man and from here on Rival Sons had the Academy in it’s hands.

Compared to previous tours, the band have upped their game when it comes to the visual side of things. An image of a dog’s skeleton was displayed at the back of the stage, which eventually transformed into the group’s latest album cover as they walked out for the first time. This was symbolic of what was to come because ten songs from this year’s record were featured.

Fans didn’t have the time to worry about hearing all their old favourites as the hour and forty-minute set flew by. Lead singer Jay Buchanan told the Academy, “You’ve shown us how much you love the new record” and he was clearly right, the new songs went down a treat and brought out the biggest reactions on the night. They sounded powerful and the huge choruses of the new album made for the perfect live setting. 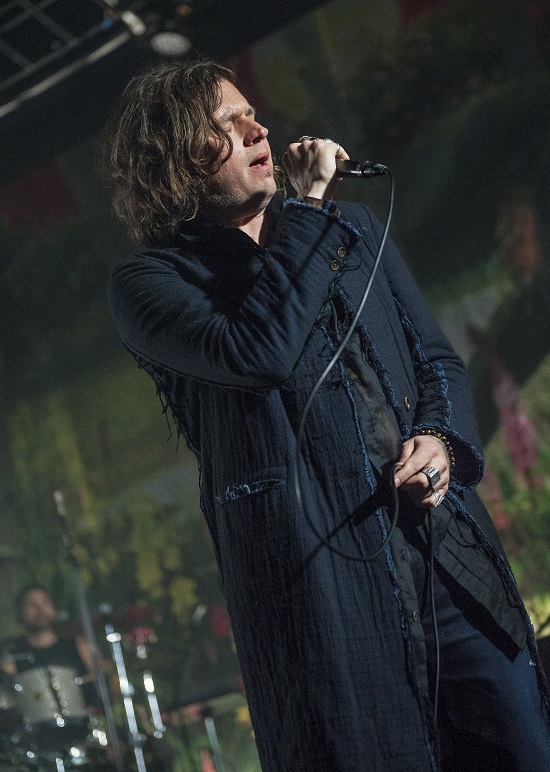 A beautiful rendition of Jordan was played and had the whole crowd swooning. The band were born to play loud but when they they enter subtler territory with their quieter moments Buchanan’s voice shines through just as powerfully. It’s without doubt one of the group’s greatest songs and it was a pleasure to see it make it’s way back into the set after not making the cut on some previous tours.

The band had the crowd sing happy birthday to bass player Dave Beste’s son, making for a sweet moment during the gig. They eventually left the stage after thrashing out performances of End of Forever and Do Your Worst but, were forced to return by the floods of excitement still pouring from the crowd.

They graced the Academy one final time to play Shooting Stars, which all members of the audience sang every word to. A very impressive feat for a song that’s only been out a couple of weeks. “Let’s blow the roof off this fucker”, boasted Buchanan as the band launched into their last performance of the night, an uncontrollable version of Keep On Swinging.

One less roof now on the building and an unforgettable night had by all. Manchester will surely be eagerly awaiting Rival Sons future return.

Live photography by Mike Ainscoe. You can find more of Mike’s writing on Louder Than War at his author’s archive. He can be found on Facebook and is currently revamping his website…