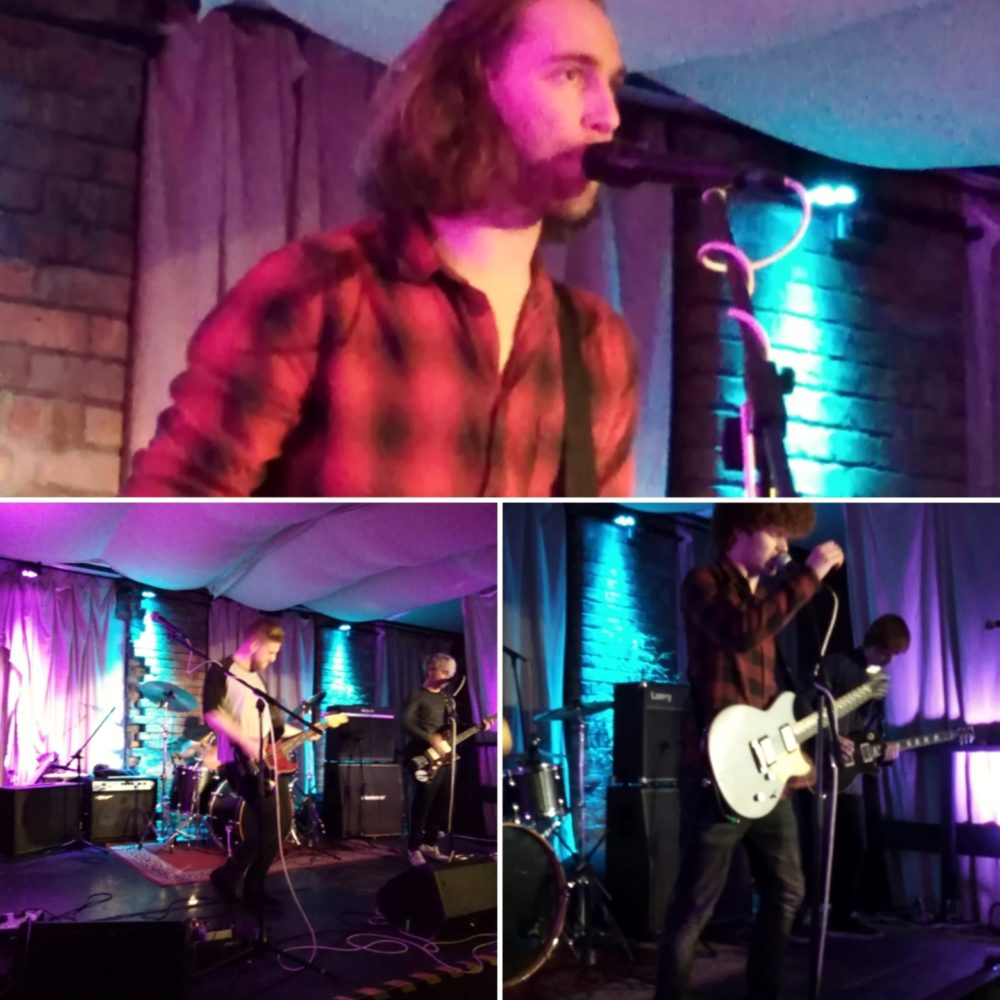 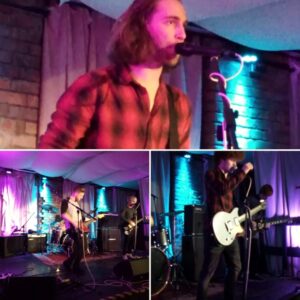 Louder Than War’s Roxy Gillespie immerses herself in a night of superb rock at the launch of Rival Bones’ new EP Strange Fruit.

Rival Bones are a band on the up. With recent dates in Europe as well as across the country, they are finding a solid fan base wherever they play. The release of Strange Fruit sees this energy and exuberance transferred to a containable format, although it feels as if the music is straining to be set free to roam around a stage; surely how all rock records should feel. The launch gig looked set to be a rock master class.

With such a strong line-up, attending was always going to be a no-brainer. The venue is relatively new, part of the iconic Jacaranda fold. With a bar and racks of records all in a comfortable setting, it is already a great place to hang out. With three top bands, it became even more enticing.

The contrast with the weather outside couldn’t have been starker. The rain-lashed punters looked a little shell-shocked as they pushed through the doors, crossing their fingers that the trip into the cold city was going to be worth it. As the first band, Vulture Cult, hit the stage, it was obvious they had made the right decision. Uncompromising from the outset, the band threw their tight, exciting music out to the crowd. With a traditional retro-rock sound Vulture Cult smashed the genre up to date with inventive guitar work and meaty yet pure vocals. Beginning the set with recent single Steamrolling, they barrelled through tracks like Breathless and Defence Wounds. With a single, Reborn, out on Friday 7th December, there is another item for your Christmas wish-list.

Darma are another band who have taken a standard rock genre and run with it in their own exciting direction; the grunge-based sound has never been better. The Manchester trio had also released an EP recently, making November an excellent month for new music in the North West. Gloom may not sound like a cheery prospect, but the EP is pure class. The chance to see the lads crack out those excellent tunes and more was an enticing proposition. They hit the audience with more force than a tornado and showed why their growing reputation is so well deserved. Outstanding vocals and guitar vie with the similarly fine rhythm section. With tracks from the new EP featuring heavily in the set, Procasturbator and Hey You were especially good on the night. Self-confessed favourite of bassist Lloyd Whitehead, You’re Always Right and Miasma were other highlights, although it’s hard to find a weak spot in the set with these lads, to be truthful.

Darma are a headline act in their own right and certainly gave Rival Bones something to match. But it was evident as the Liverpool rock-masters hit the stage they were every bit as accomplished as their Manchester friends. The Liverpool duo never disappoint when they honour their fans with a show, and this was no exception. The set was, as expected, a triumph. Rival Bones mix sometimes frighteningly pure vocals with hard-hitting rock dynamism. With old favourites like Want You Madly vying for position with the stupendously good Strange Fruit offerings, the fans were loving the whole thing. With excellent renditions of Scars, Beautiful Dangerous and The Great Divide, Rival Bones showed just how hot and heavy things could get – very heavy indeed. With James Whitehouse playing rock God across the stage to Chris Thomason’s drums, then teetering at the edge, urging the frenzy to begin, the rapport with the crow just grew and grew. Eventually, it had to end, but nobody really wanted it to. The ultimate track Hot Blooded was a triumphant statement of how far this band have come, and how far they can yet ascend. A brilliant set from a brilliant band.

To conclude, each of these bands is worth dragging yourself away from the fire for. To see all three on one night was a really great early Christmas gift, far better than the ‘gift sets’ and socks people might have to endure later this month. The gig was, rather unbelievably, free. If you missed it, you missed out. With easily available EPs and singles to check out, these bands deserve your attention. Spend wisely.