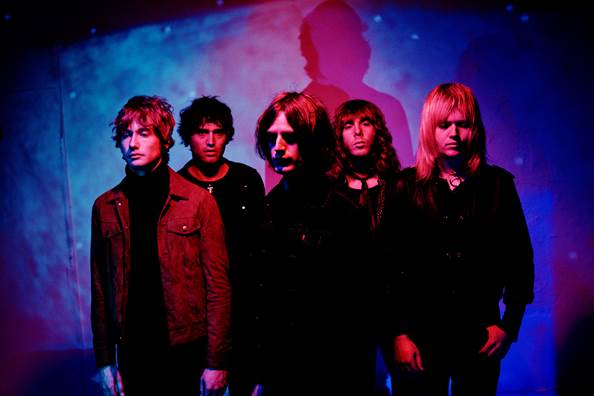 Held across multiple venues on Oxford’s vibrant Cowley Road, the inaugural edition of the Ritual Union Festival features some of the best and hottest new talent around, and boasts a powerhouse line-up including Peace, Black Honey, TOY and Pinkshinyultrablast (making their only festival appearance of the year).

The O2 Academies 1 & 2, The Truck Store, The Bullingdon and The Library will play host to this ambitious event, with the Ritual Union Festival offering the chance for local music fans to congregate and enjoy a stellar line-up of live music. A short journey from the city centre, the festival also enables travellers to enjoy the famously historic Oxford and its beautiful surroundings and the lively atmosphere of Cowley Road itself.

As well as cherry-picking some of the best bands from around the world, the brains behind Ritual Union also aim to promote the best of Oxford’s local talent, offering bands including experimental indie foursome Low Island, folk duo The August List and electronic outfit Candy Says prime placements on the bill. Heavily involved in the areas already thriving music scene, the festival is above all a celebration of young rock bands, fittingly held in the city famous for producing such legendary talent as Radiohead, Swervedriver and Ride. On top of this they’re giving local fans a chance to see quality bands from around the world on their doorstep.

The diverse collection of artists also includes Bahrain’s Flamingods, Sheffield riff-weavers Baba Naga and sociopolitical London rockers Dead Pretties and with more bands to be announced very soon, Ritual Union are cementing themselves as Oxford’s primary tastemakers, bringing the very best upcoming acts to one of the country’s most picturesque cities.