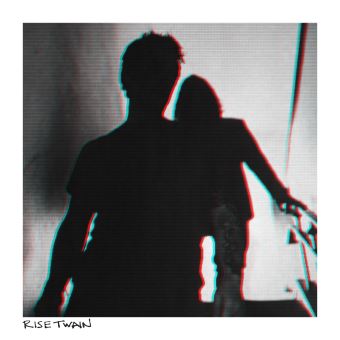 Philadelphia-based duo J.D.Beck and Brett William Kull join forces in a genre-spanning ten-song set. Not your typical fare from Inside Out but enthralling nonetheless.

Experience. That’s the word that rises to the surface when you ask the inevitable question about a new band. Brett William Kull is a producer, engineer and member of Echolyn since their 1991 eponymous album. He’s also played with many others including Francis Dunnery and Grey Eye Glances on top of his own solo efforts. J.D.Beck’s CV might be a little wider with his musical efforts ranging from The Scenic Route (where the duo crossed paths)  to classical work as well as working as an author and playwright.

Background covered, how’s the music? “I just knew I had to work with Brett on a higher level,” says J.D. after Kull had produced an album for The Scenic Route. The natural affinity and empathy for each other’s styles and the result when they inspire each other is pretty apparent for us all to see and hear.

Kull has been quick to draw parallels between his partner and Jeff Buckley one who proves difficult to pigeonhole.  Blending the sonic vibes and varying the musical tapestry is the key theme of the album. It’s a rich-sounding set from the opening crash of guitar chords on Everspring to herald a soulful cascade before another urgent riff leads into a warming wah-wah on Golden. Layers of vocals intertwine effortlessly before that guitar motif rises once again.  From refined, lush and relaxed to the bombastic and emotional and the deep and meaningful. The mid-album pairing of the delicate acoustic Oh This Life and a dreamy Prayers fit the latter category perfectly.

Death Of Summer could well be what Keane might create a chart-topping hit with and shows the melodic sensibilities that come in to play as part of the Rise Twain trademark and shows how far outside the normal Inside Out profile Raise Twain are striking. As the band have admitted, there is some element of complexity in their music, “but not overt in the least way.” With Kull’s prog credentials, you might be anticipating something more in terms of the complexity of arrangements, yet the recurring theme is of restrained and quality songwriting. Moving and restful yet with enough substance to hang on to.

Listen to Everspring  from the album here: