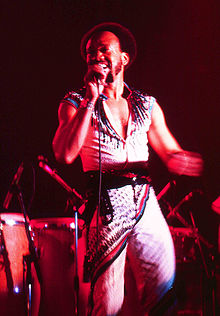 Founding member of Earth, Wind and Fire, Maurice White, has died. He was 74.

White passed away in his sleep on Thursday. He suffered from Parkinson’s Disease, having been diagnosed in 1992.

Earth, Wind & Fire had hits including Boogie Wonderland, September and After the Love Has Gone, and the band were inducted into the Rock and Roll Hall of Fame in 2000.

“My brother, hero and best friend Maurice White passed away peacefully last night in his sleep,” Verdine White, also a member of the band, told The Associated Press on Thursday.

“While the world has lost another great musician and legend, our family asks that our privacy is respected as we start what will be a very difficult and life changing transition in our lives.

“Thank you for your prayers and well wishes.”