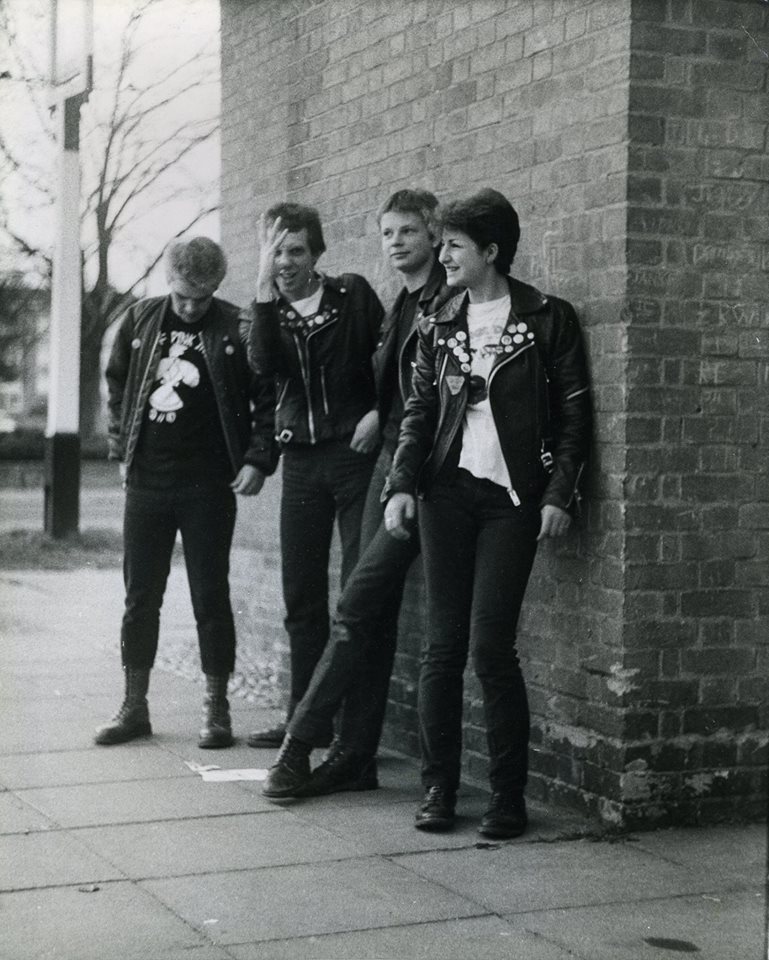 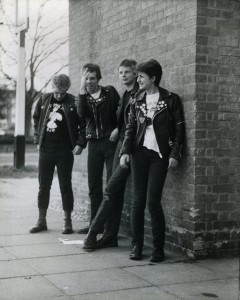 Today Des lost his battle with illness. He faced it with great courage and as always, humour. Guitarist, songwriter, band-leader, diamond geezer; he will be greatly missed.

Action Pact were a much-loved band in the early 80’s. Punk but poppy. Tuneful and more of a light-touch than a lot of their ‘UK82′ contemporaries.

Inspirational for combining social comment and humour, having a female singer who didn’t use her gender to sell the band and simply for being a fun band in dark times.

RIP Des and condolences to his family and friends from all at LTW and I’m sure everyone who remembers the band with some affection.

!Action Pact! were a punk rock band, formed in 1981 with guitarist Wild Planet, bassist Dr. Phibes, drummer Joe Fungus and singer George Cheex, who got the job because of “her courage to scream along with the band’s songs.” The band hailed from Stanwell, a small village under the flight-path by Heathrow Airport, inspiring some of their songs.

Both George and Joe were 15 years old and still attending school when the Heathrow Touchdown EP was released in October, 1981. The band’s contributions to the EP, ‘London Bouncers’ and ‘All Purpose Action Footwear’, got the attention of BBC Radio 1 DJ John Peel. He played the single many times and wanted the band to record their first session, which they did on February 22nd, 1982.

Fall Out Records, a subsidiary of Jungle, signed the band as the first act on its roster. The Suicide Bag EP, was released in July 1982 and rocketed to the top of the British punk and indie charts.

Drummer Grimly Fiendish and bassist Thistles later joined the band, and their producer Phil Langham (of The Dark) also provided bass for a while under the name Elvin Pelvin.

Five more singles entered the indie charts including ‘Yet Another Dole Queue Song’, and a reworked ‘London Bouncers’, along with two albums, ‘Mercury Theatre – On The Air’ and ‘Survival of the Fattest’.

They gigged around the UK and in Europe, building relationships on the way with other bands like the Newtown Neurotics, whose Steve Drewett featured on one of their singles.

They eventually called it a day after four years, around 1985/6.