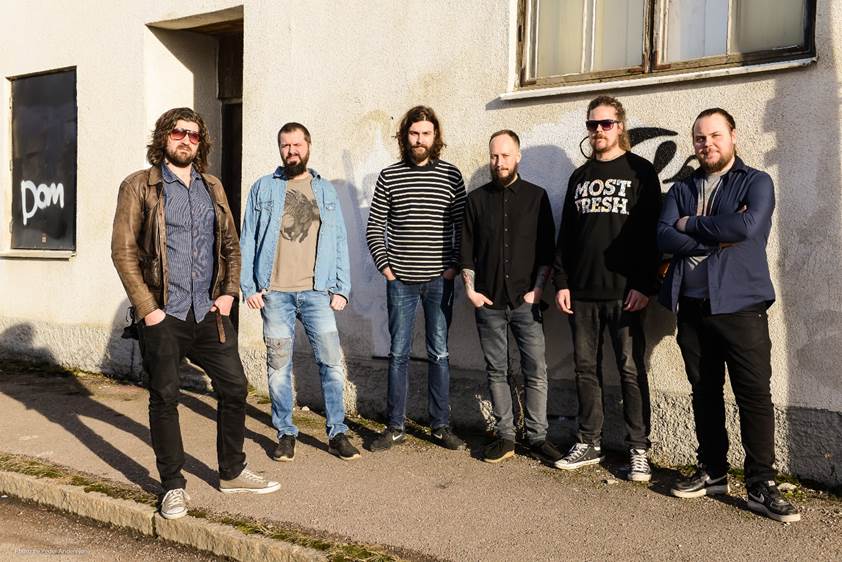 Following last years disbanding of Sweden’s much-loved progressive rockers Beardfish, vocalist and driving force Rikard Sjöblom has turned his attention to his solo project Gungfly, and signed with InsideOutMusic for the release of their next album On Her Journey To The Sun on 19th May 2017.

Following the release of the title track last month, they are now pleased to launch a lyric video for the track Old Demons Die Hard which you can see here:

Rikard had this to say: “Old Demons Die Hard is a song about a bully and one of his victims. No virgin territory for me lyrically but this one has a different approach to the subject. It’s a song that I started writing and working on without really having a clear idea where I wanted to take it musically so I guess that’s why it’s all over the place, hahaha! Our hero gets a phone call from an old classmate who used to be a real bastard to him in school – he’s moved back to town and wants to meet up and have a cup of coffee. At the same time as he hates the guy, our protagonist still struggles with feelings of feeling appreciated and cool because this clown is even acknowledging his existence. So the story takes place as he’s walking up to his house and he doesn’t know if he’s gonna say hi or punch him in the face once the door opens…

I’m personally fond of this song, or mainly the process of writing and recording it, for the simple fact that it stands out as different from anything I’ve ever done with either Beardfish or Gungfly and still sounds very familiar for both bands – it might be the union of the two. It has the 70’s prog vibe of early Beardfish and the psychedelic funk-infused soul grooves of Gungfly and maybe, just maybe, something new..?”

On Her Journey To The Sun’ will be available as a special edition 2CD digipak, including a second ‘best-of’ disc featuring a hand-picked selection of tracks from earlier Gungfly releases. It will also be available as gatefold 2LP + CD & digital download.

Rikard Sjöblom is perhaps best known as the multi-instrumentalist frontman of Beardfish, who established themselves as one of the most consistently brilliant modern-day progressive rock bands over the course of eight studio albums. In recent years, he has also become known for his work with English progressive collective Big Big Train, playing live with them as well as performing on their 2016 album Folklore. That year also marked the release of his most recent solo album under his own name, The Unbendable Sleep.

GUNGFLY can be found online here and on Facebook