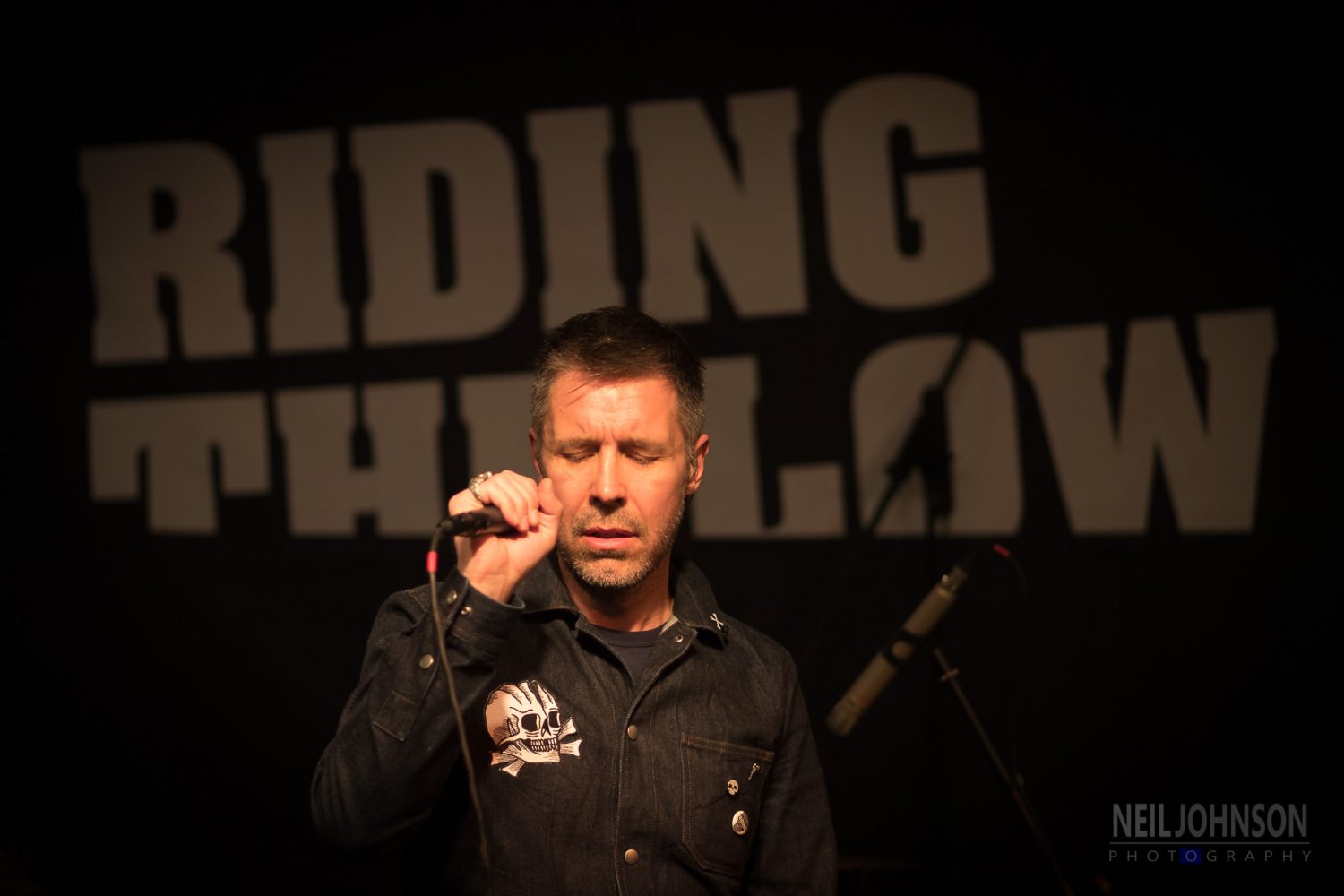 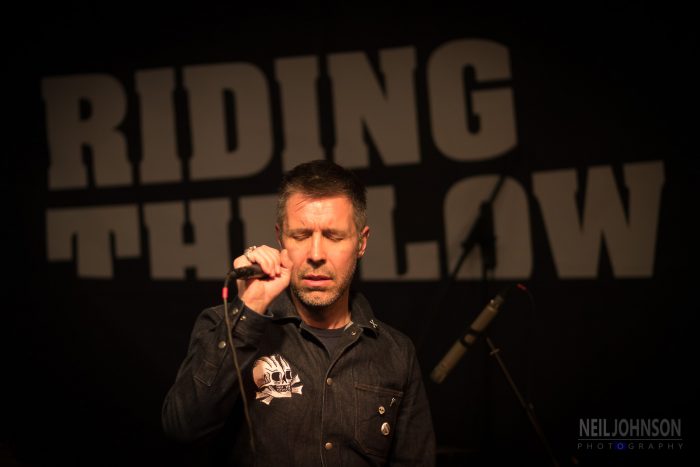 Riding The Low playing a hometown gig in Burton-on-Trent at the National Brewery Centre? How could we pass up a chance to hear some of their new material and experience the joyride of their live show?

Riding The Low is an interesting proposition. On the outside, it’s Paddy Considine’s side music project, something to do whilst waiting for the next acting role or movie to direct. On the inside, however, it’s a labour of love for all involved. Richard Eaton and Paddy Considine have been playing in bands together since they were in school.

Likewise with Chris Baldwin, Daniel Baker and Justin Chambers, although it wasn’t until 2009 that they all got together as Riding The Low. If you’re a local to the Burton area and love live music, you’ve almost certainly seen at least one of the members of Riding the Low before; they are time served musicians and have been skulking around our local venues for the last twenty odd years.

They have toured hard over the last few years up and down the country through summer festivals to pub gigs. This has earned them a loyal following, with fans travelling all over to see them. Part of this is the strength of their live show. The songs work really well in the studio, but it’s in the live show where they come to life.

The combination of Paddy’s lyrics and the rest of the band’s musicianship has been a great formula from the outset with Easy On Our Own, Rocky 99 and Eight Ball. Paddy was never happy with the recording of Eight Ball so the only place you’ll get to hear it is at the live show, if you’re lucky and ask nicely! This is a band that relishes the live performance of their songs. To understand the real appeal of Riding The Low means going to a show.

Tonight’s performance is a bit special, since it’s at the National Brewery Centre in Burton-upon-Trent, a stones-throw from where most of the band grew up and their friends and family. The venue holds a hundred or so people and it sold out within a couple of days of going on sale. Despite the snow outside, all but ten people turn up, and so the place is bustling as everyone sorts themselves out with drinks and gets settled.

They kick off with Medusa’s Head, a new song from an upcoming record that gets everyone warmed up. Then we go into a few from the current record, Riding The Low Are Here to Help the Neighbourhood; Bleeding Eyes at Breakfast, The Greatest Blast and Piss Parade, all of which go down a storm. Paddy is on great form and the band are clearly loving being in front of their home crowd. 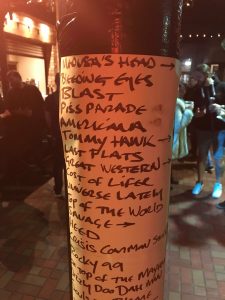 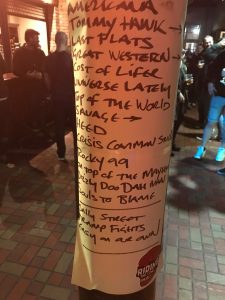 The night continues with a mixture of great songs from What Happened to the Get to Know Ya? and Riding The Low Are Here to Help the Neighbourhood, with brand-new stuff sprinkled into the mix. Paddy climbs up on the monitors and is clearly enjoying himself, but is reluctant to deliver his trademark high-kicks after claiming that he injured himself at the local Co-Op and required assistance to get back to his car from a lovely old lady.

Highlights from the show are numerous, there’s a stunning sound in the National Brewery Centre and the band are on top form. That said, the usual big hitters, Heed and Rocky 99 hit home with prodigious impact. One of the sure-fire highlights of any RTL show is always Easy On Our Own. It’s been the most listened-to track on their Spotify page for forever and everyone just goes crazy at the live show.

My personal favourite from tonight’s show is What Has The Universe Done For Me Lately. It’s a magnificent jaunt through everything that makes RTL special. I even put my camera down for a bit and just relish the show. Overall, the night is a fun, delightful and entertaining experience, as usual, and a great way to scratch my RTL itch whilst waiting for the new record. Come on, guys, it’s been ages!

All words and pictures by Neil Johnson. More writing by Neil Johnson can be found at Neil’s archive. Neil is also on Twitter as @jonnokid and has a website here: https://www.neiljohnsonphotography.uk/