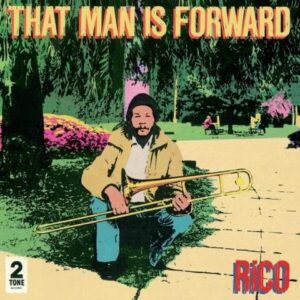 That Man Is Forward / Jama Rico

Two albums for the ska reggae dub purists are released on vinyl finally. Rico who sadly passed in 2015 would be made up with Jerry Dammers for resurrecting two fine examples of pure laid back tunes originally released on the iconic 2 Tone label. Wayne AF Carey chills out like fuck to some original flavours…

Remember Ghost Town? Of course you do. That trademark trombone sound that makes the track so haunting is so familiar it’s ingrained into the fabric of the whole tune. Of course Rico created many albums yet these two classics were the ones released on Two Tone back in the eighties and are a pleasure to hear remastered on vinyl.

That Man Is Forward and Jama Rico are hard as fuck to find these days. Most Two Tone collectors will buy it for these albums alone. Apparently they were released as a double CD set in Japan. If you can find one good luck! That Man Is Forward is just pure dub reggae Ska at it’s best. Jesus, that man Rico Rodriguez can play that trombone. Just check out Fiesta, a dub jam that uses the template of Singing In The Rain and twists it out of shape. Tracks like Red Top with the ultimate drum beat kicking in, then slowing down tempo into a proper head nodder. X swings along with ease and Ganja is just pure spliffed up genius with some smooth trombone, backed by a band that totally know what they’re doing. That Man Forward closes with a jazz tinged flourish and a slow skanking shuffle. A laid back yet summer hazed album to sit back and relax with a fat one.

Jama Rico is another stunning album of laid back grooves, kicking off with the bongo laden 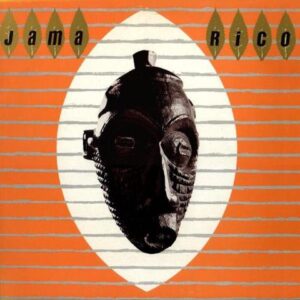 Destroy Them which actually features a few (yes a few) vocals at the start. Jerry Dammers is on production duties for three tracks here including Destroy Them, Distant Drums and Easter Island. We Want Peace is a pleasure filled skank around the house that fills the air with that signature trombone. Jam Rock goes deep into dub territory with some clever key changes going down with the amazing drum clicks that thrill your ears, while Distant Drums is a tribal sounding wonder that floats in quietly to a cacophony of bongos. Love And Justice is another masterclass in dub and it’s a shame this guy was so underrated. As instrumental albums go these are both classics that everyone into music should own.