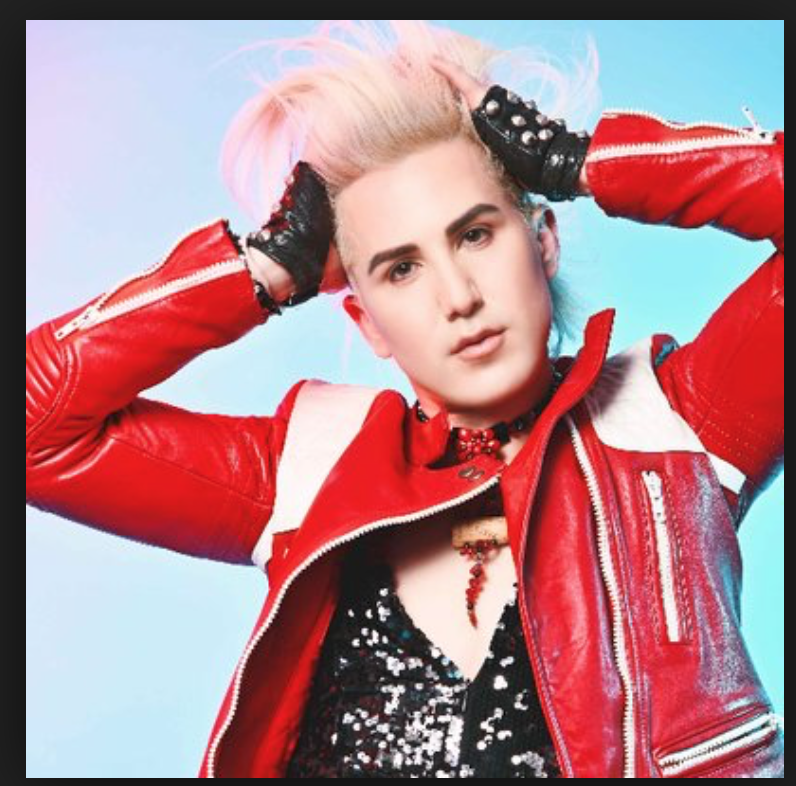 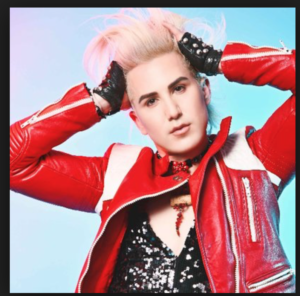 With his previous band No Authority, Ricky Rebel was discovered by Michael Jackson, signed to Madonna’s label and toured with Britney Spears. Now, as a solo artist, the Billboard Top 40 singer is back with his new single, “The New Alpha”, featuring ex Adam Lambert guitarist Tommy Joe Ratliff. And, like a modern Ziggy Stardust, he talks about why it’s ok for guys to wear makeup and heels.

“The New Alpha” is taking the temperature of today’s cultural climate. Tell us about the track and the inspiration behind it.

I wanted to clear up some confusion regarding gender versus sex. I may love to wear makeup and women’s clothing every now and then, but that doesn’t mean that when I put on a dress and makeup that I become a woman. I am impersonating one. I use fashion and makeup to express my creativity not my gender. Does an actor have to kill someone in order to play a killer in a movie? No. Rebel is all man, all male, every day.

At a time when society is a little confused about gender and identity, what exactly does it mean to be “The New Alpha”?

Being “The New Alpha” is about freedom. Freedom from the labels that we box ourselves in. It means that you are comfortable in your own skin and that you can express yourself freely without worrying about what other people think of you. We are not our labels.

You have a special guest collaborator on this track. How did you meet and come to work with Tommy Joe Ratliff (Adam Lambert, September Mourning)?

I “met” Tommy via Instagram. He reached out to me one day and said “Hey, do you know Adam Lambert?” I was like, “Yea, Adam and I grew up in Los Angeles together.” When we started chatting more, we realized that we had a lot in common – music, politics, and knowing what it was like to tour and have that rockstar, or in my case popstar, life that few people can really understand unless you lived it.

I played acoustic guitar on the original track. When Tommy came over to my house we just started jamming together. He started playing Depeche Mode and I sang along and it was an instant musical connection. We worked out his part on “The New Alpha” and then I recorded him. He transformed the record and took it to a whole other level.

“The New Alpha” single is a bit of a departure from your more beat-driven dance songs. This feels more like a guitar-driven track with some flavors of electro-pop. What inspired you to take a different direction on this track?

I come across as a sweet guy because I am, but I have a lot of anger deep inside. I don’t show it publicly much. Only to my close friends and family. Rock music helps me get the rage out.

Some people have compared you to a modern version of Ziggy Stardust. How do you feel about the comparison? And, at a time when there’s a lot of confusion around questions of gender and identity, does today’s cultural climate resonate echoes of Ziggy or the glam-rock esthetic?

I am always flattered when people compare me to a modern day Ziggy. Those are some huge platform shoes to fill. We live in a politically charged black-and-white thinking world right now that is trying to force people to pick teams. It’s rebellious to be androgynous because you are literally not choosing a “side.” Bowie’s Ziggy era taught people how to be free. I am hoping “The New Alpha” can do the same.

Between USA and UK tour dates, a show at SXSW and a performance at the Cannes Film Festival, you’ve been very busy. How are global audiences, and cultural attitudes, different than playing in your hometown of Los Angeles?

So different. No offense to Los Angeles, but once you step out of the Los Angeles bubble, there’s a whole world out there that is receptive to the kind of art that I make. New York comes to mind. Performing at this year’s New York Pride was a life-changing experience. At one point while singing on stage, I looked at the massive crowd and truly felt like one with the people. It sounds cliché, but at the end of the day, we all just want to feel loved and accepted for who we are.

I’ve just released “The New Alpha” music video. There’s a strong message that resonates with a lot of different types of people.